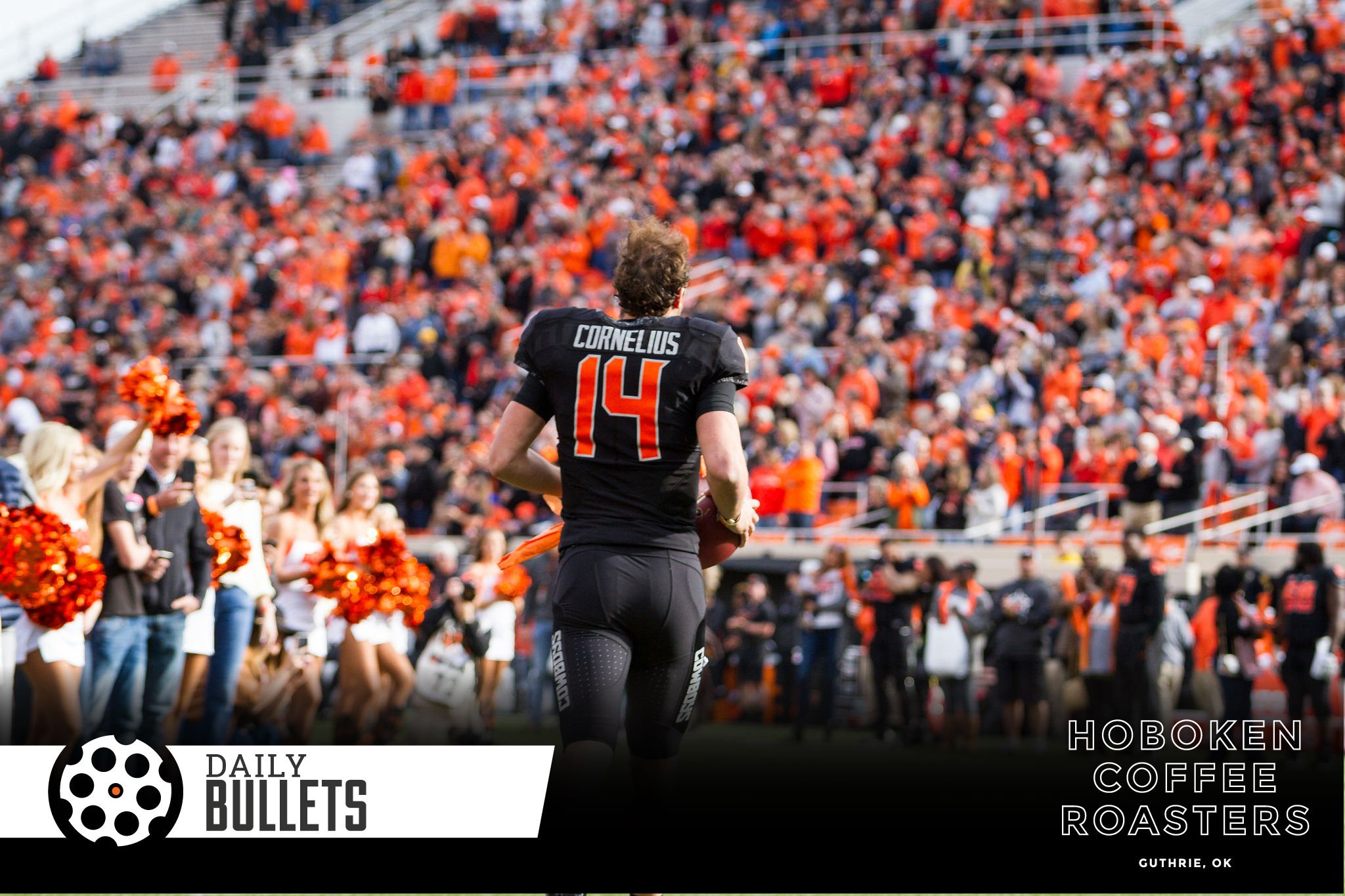 GoPokes talked with deputy AD Chad Weiberg about a few things – but Weiberg’s comments about scheduling series with Arkansas and Oregon caught my eye.

“I really feel that two things, the job Coach (Mike) Gundy has done and the position that our brand is in right now, allow us to get games like this. On the other hand, we have been so successful now that schools will pause and think about, ‘do we want to take on the Cowboys now?’ The brand does help and we are kind of able to project the brand out there more with these games and that’s good.” [GoPokes]

See, I would conclude similarly but in a different way – Weiberg is saying people want to play the Pokes because they’re playing good football and may question it for the same reason as well. I think folks will schedule the Pokes because they’ve built an intriguing brand and a following (that will sell tickets) and it won’t ruin their brand equity if they lose to 2019 OSU whereas 1999 OSU would have.

Playing OSU 20 years ago was a lose-lose: win and you don’t get a lot of credit for doing what you should.

Bobby A. with some thoughts on which bowl OSU may be landing.

The lighter number of practices would no doubt be tied to the early bowl game the Big 12 is tied to, the Armed Forces Bowl in Fort Worth at TCU’s Amon Carter Stadium. The word is that TCU will probably play at home in that game. More than likely Oklahoma State will wind up in either the Academy Sports and Outdoors Texas Bowl on Dec. 27 or the AutoZone Liberty Bowl on Dec. 31. Both those games would allow for more practices. [GoPokes]

Who knows what would be a more ideal opponent for this team – a tougher opponent (A&M?) in the Texas Bowl or a lower tier opponent that could draw the Liberty Bowl. But either way, it seems like a win not to fall to the last bowl.

2020 could be a salty Cowboy Football team.

It seems likely the 2020 season is the year things could come together for Oklahoma State. Here is what I think the starting lineup could look like that year. This is pending no transfers, early NFL draft declarations or injuries. Which some of that is guaranteed to happen. pic.twitter.com/nNkv2IGCkB

Something about the scale of the stadium and Boynton under McGriff makes this picture look awesome.

If OSU ends up against Houston in the Armed Forces Bowl, the Coogs won’t have their best player.

Excited for the next chapter pic.twitter.com/oAXrxeADKm

A Break From the News

This guy was stuck in a Paris airport for 18 years: