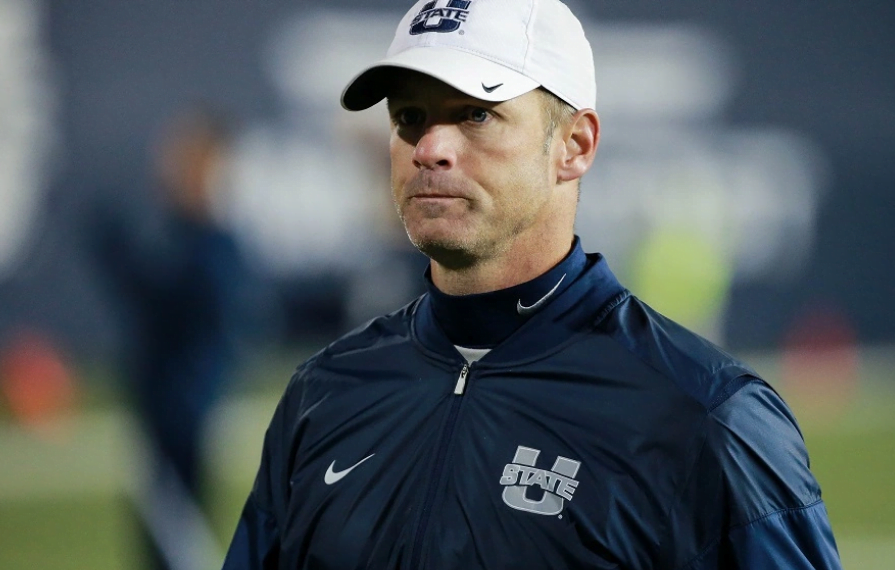 Wells went 44-34 in his six seasons at the helm of the Aggies program out west, including a 10-2 campaign in 2018 book-ended by losses to Michigan State and Boise State. He’s a two-time winner of the Mountain West Coach of the Year award.

Wells is an Oklahoma native from Sallisaw, America. He played quarterback at Utah State in the mid ’90s and later made coaching stops at Navy, Tulsa, New Mexico, Louisville and Utah State before taking over Utah State full time. Per Jake Trotter of ESPN, Wells is bringing both his OC and DC from Utah State, David Yost and Keith Patterson.

Yost and Patterson both have ties to the region, Yost having formerly served as OC at Mizzou, and Patterson having coached high school football in Oklahoma and Texas for 16 years.

Here is David Yost, by the way.

Kingsbury, who was ousted this past week following a 5-7 campaign, reportedly agreed in principle Thursday with USC to be its new offensive coordinator.