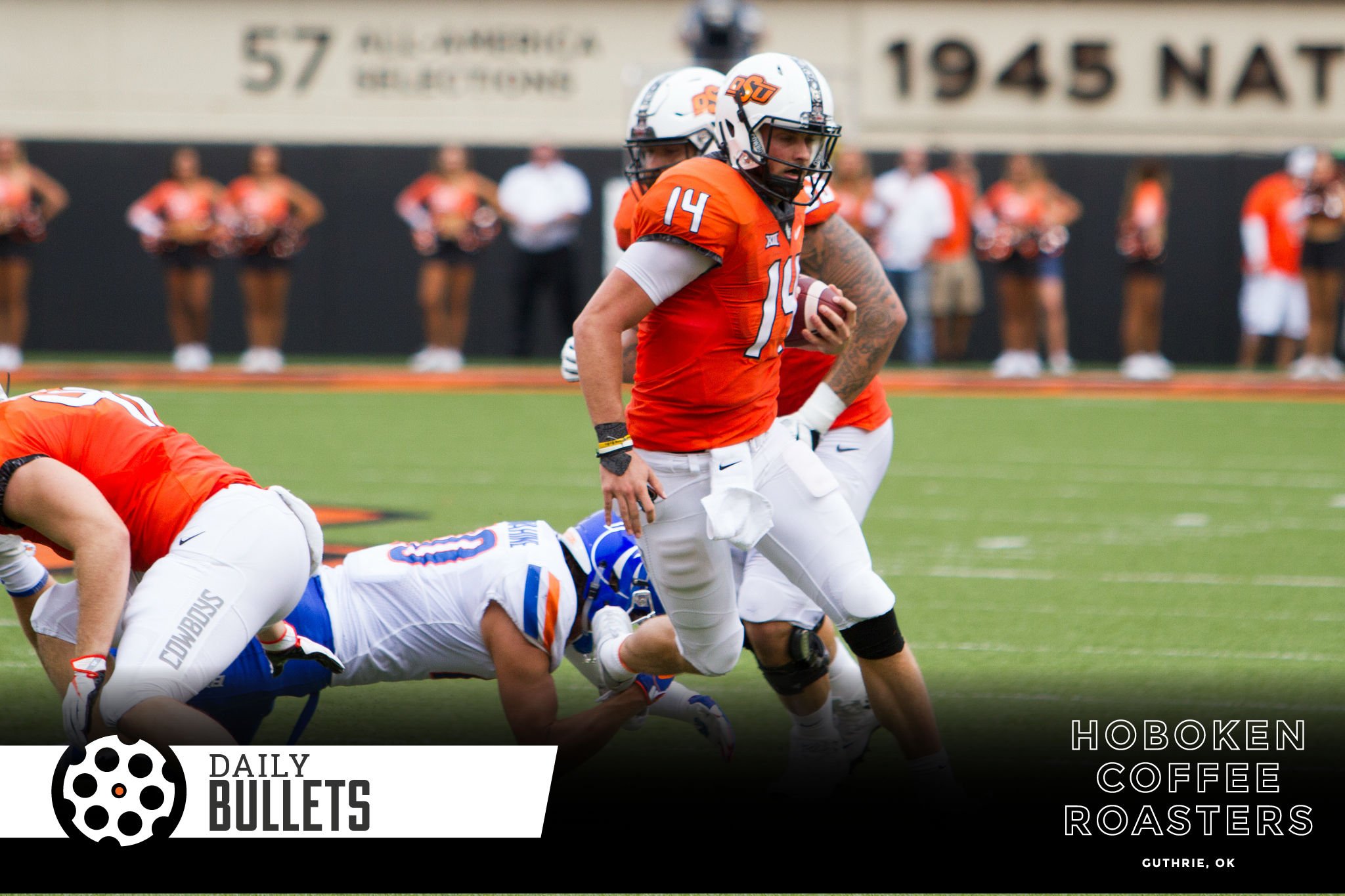 ESPN looked at each bowl game and noted the most intriguing pro prospect playing on each team… You’ll probably be surprised by who OSU’s is.

Taylor Cornelius, QB, Oklahoma State: With running back Justice Hill skipping this game to focus on the draft, Cornelius is the prospect worth keeping an eye on. He has excellent size (6-6, 232 pounds), is an underrated athlete and throws the ball well. He’s clearly not afraid of the big stage either. Cornelius, who was Mason Rudolph’s backup in 2016 and 2017, led the Cowboys to wins over Boise State, Texas and West Virginia and played well in a one-point loss at Oklahoma. He grades out as a developmental prospect and projects as a late-round pick or priority free agent. [E$PN+]

Brailford much? The national media loves them some Cornelius.

When OSU heads to Memphis, Missouri’s head of equipment will look familiar – he’s a Cowboy alum and former football department staffer that’s been shaped by his time in Stillwater. He was a student manager for Eddie Sutton in the late 1990’s.

“Even to this day, it’s hard,” Kurowski says.

Kurowski kept Noyes’ dreams alive through those of his own, accepting a job with the Dallas Cowboys after his stint in Las Vegas, wearing an Oklahoma State shirt underneath every uniform he wore. He worked there for eight years and then, with the help of (longtime OSU manager T-Joe) Breaux, became Louisville’s director of equipment operations for football in 2009. [The Athletic $]

Kurowski’s winding path through the NFL, Lamar Jackson’s Heisman season and more started in Stillwater where he finished his degree and got his first gig managing equipment.

Tramel highlights valid concerns in roadblocks to an eight-team CFP….Tylan Wallace made the list for ESPN’s top 50 CFB players….Gundy hasn’t heard from Yurcich about Tennesee yet – but he apparently wouldn’t unless he’s leaving….Five days of special teams practice in bowl prep – may exceed total time spent on special teams all season

Twitter map shows which team each state is rooting for in CFP. https://t.co/E3Y10gzz2p pic.twitter.com/Ufo1R1Mprw

This is one of the list of five things to see in the Liberty Bowl – how Jeter looks.

Mike Gundy on freshman RB Jahmyl Jeter: "To be honest with you, he runs a lot like Chris Carson. He’ll run and then he’ll stop and find a seam and go. He’s more of a slasher." #okstate

I feel like this is something that would catch Gundy’s eye if he looks to Yurcich (D3 dive) for an OC if Yurcich walks.