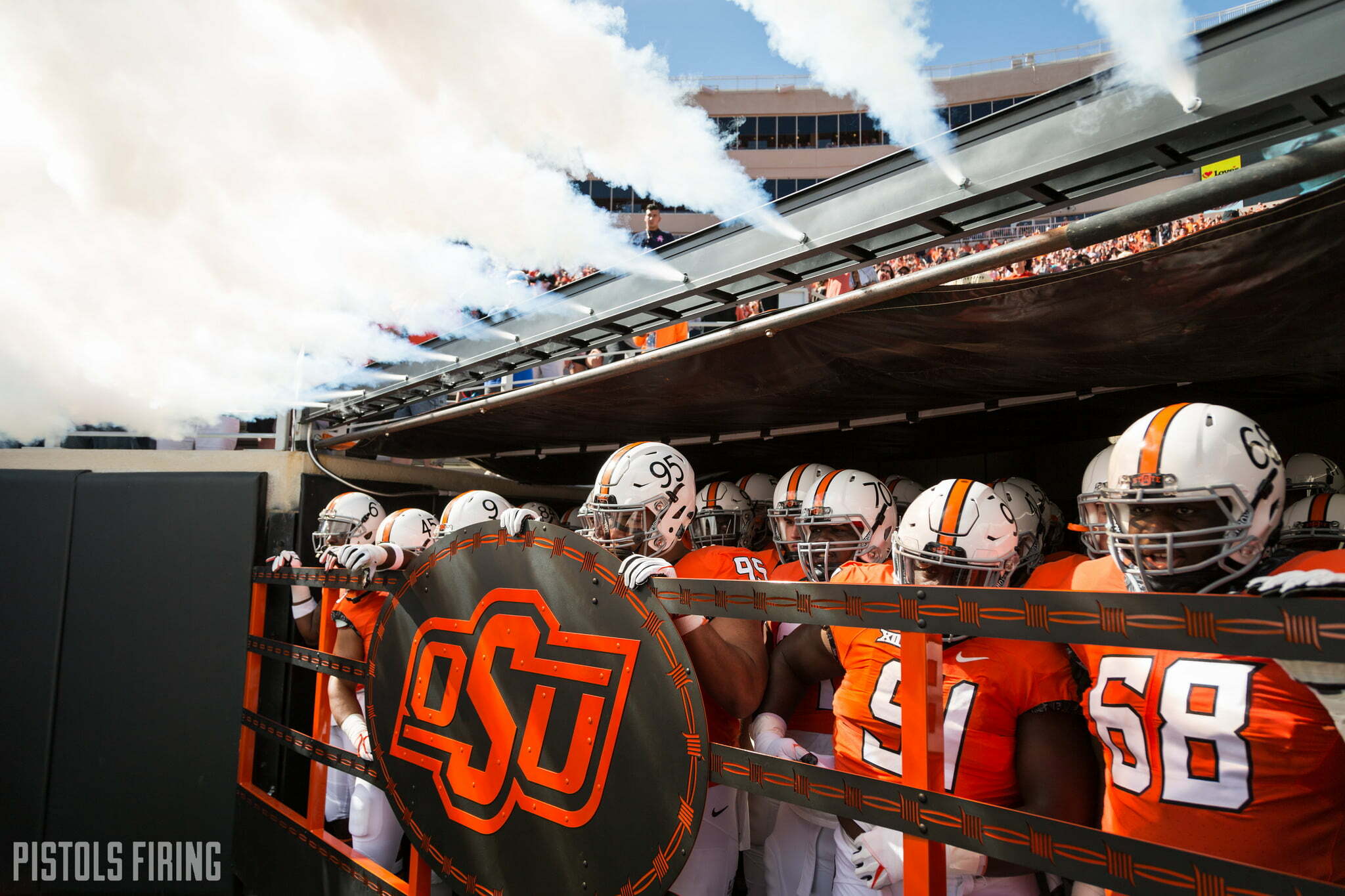 While working through the recruiting reset series and taking a look at Oklahoma State’s 2019 commitments, I started wondering who might be able to provide an instant impact next season. Are there any players in this class who could see the field as much as true freshman Jarrick Bernard and Kolby Peel have in 2018? Is there a JUCO transfer who will get as much playing time as Mike Scott did this year?

Below I’ll discuss three guys who I think could see the field early and often next season for the Pokes.

The Cowboys will be losing defensive ends Cole Walterscheid, Jarrell Owens and Jordan Brailford heading into 2019. These three have combined for 92 tackles, 30.5 tackles for loss and 18 sacks this season. The five returning defensive ends, Brock Martin, Braden Cassity, Mike Scott, Triston Grant and Tyler Lacy, have recorded 16 tackles, 4 tackles for loss and 3 sacks. This means OSU will be losing 85 percent of its tackling production at the defensive end spot.

To make up for this production, guys who haven’t seen the field are going to have to step up. Mike Scott and Brock Martin have shown flashes this season, but they are going to need help to make up for the losses this position will experience next year.

One guy who I think could come in right away and be of some assistance is three-star, Edmond, Oklahoma product Trace Ford.

Ford had an impressive senior season at Edmond Santa Fe High School, recording 51 total tackles, including 13 tackles for loss and 3 sacks, 6 passes defended, 1 forced fumble and 1 fumble recovery over an 11 game span. In addition, Ford displayed his athleticism and versatility with 18 receptions for 289 yards and 4 touchdowns on offense.

The young defensive end has a quick first step and good speed (4.69 40-yard dash) coming off the edge.

This combination of speed and athleticism gives him the ability to become a Jordan Brailford-type player in Jim Knowles’ defensive scheme.

However, Ford will need to fill out his frame a little more when he gets to Stillwater if he wants to see the field next season. It’d be great to see him around the 240-250 pound range and I don’t think that’s too lofty of a goal for the OSU strength and conditioning staff by next fall.

Defensive tackle is another position in which the Cowboys will suffer some big losses in 2019. Enoch Smith Jr., Darrion Daniels and Trey Carter aren’t returning next year, and this is a lot of lost production to make up for. Guys like Brendon Evers and Cameron Murray will need to step up in 2019, but they also might need some help from the incoming recruits.

That being said, Allen, Texas native Jayden Jernigan might one who’s up to the task.

Ranked third in OSU’s recruiting class, just behind Ford, Jernigan takes an extremely aggressive mindset on the playing field and he uses his hands really well. In addition, he is very quick for a defensive tackle, which allows him to get a good burst off the line of scrimmage.

He’s not the biggest guy at the defensive tackle position, but what he lacks in size he makes up for with his relentless effort on every play. He has the attitude and overall skill to be a contributor right away for the Pokes.

Cowboy Back is another position where Oklahoma State will be losing some key contributors heading into next year. Both Britton Abbott and Sione Finefeuiaki are out of eligibility, and the only two returning players who saw real playing time this season are Jelani Woods and Logan Carter. There are guys like Baron Odom and Jake Ross who will look to contribute next season, but the Pokes don’t have a ton of depth at this position for 2019.

Lucky for the Cowboys their top rated commit in the 2019 class in none other than future Cowboy Back Grayson Boomer.

The four-star prospect didn’t put up major stats this season, as his high school team primarily ran the football, but he’s shown the ability to use his size to his advantage both blocking and while making contested catches in the receiving game.

All of this makes him another guy I could see making an early impact in his OSU career.