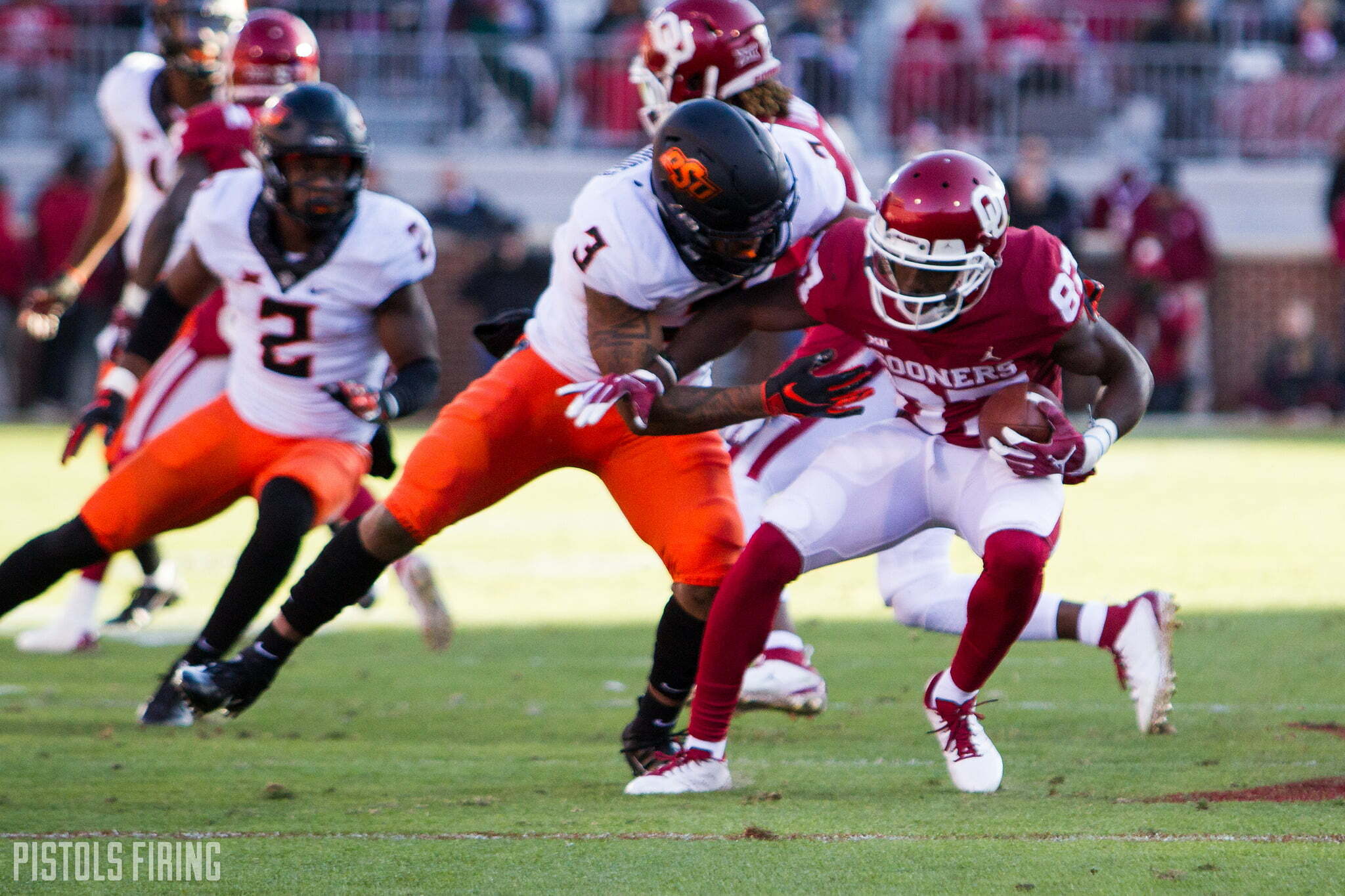 Next up in the recruiting reset series, I will take a look at the safety position for Oklahoma State. The Cowboys have a lot of youth returning at this position, but they also will lose a couple of contributors heading into next year.

Oklahoma State will be losing two safeties heading into the 2019 season.  About a month ago, sophomore Thabo Mwaniki announced that he had requested his release from OSU and has decided to transfer. The former three-star recruit recorded 39 total tackles, including 1 for loss, 1 interception (shown in the clip below) and 1 pass defended over the course of two seasons in Stillwater.

He started the first four games of this season, but eventually lost his starting spot to freshman Jarrick Bernard. The Pokes will definitely miss his depth at the position, but there is reason for optimism about the young safety group they have moving forward.

In addition to Mwaniki, OSU will also be without Kenneth Edison-McGruder next year. McGruder was originally recruited as a safety, switched to linebacker during his Cowboy career, and then switched back to safety in Jim Knowles’ 4-2-5 defensive scheme for his senior season. The Houston, Texas native has tallied 137 tackles, including 11 for loss and 3 sacks, and was the vocal leader of this Oklahoma State defense in 2018. He will be tough to replace in the locker room next season due to his experience and leadership, along with being missed on the field for his ability to make plays like this.

Even though KEM will be gone next season, the OSU coaching staff is very excited about their young group of safeties. Of the players listed above, the following were true freshman in 2018:

Flanagan, Taylor and Williams will redshirt based on number of games played, so they will be freshman again next season, while Bernard and Peel have played in all 12 games this year.

Peel will be the most likely replacement for Edison-McGruder. He was thrown into the spotlight in the second game of the season against South Alabama when Kenneth Edison-McGruder was ejected for targeting, and continued improving his play each week. He’s racked up 43 tackles, including 5.5 for loss and 1 sack, along with 3 passes defended. The College Station-product is an incredible athlete who played a mixture of linebacker and safety in high school, and he also has an added layer of physicality similar to KEM.

Along with Peel, Jarrick Bernard and Malcolm Rodriguez will be two key components at the safety position again in 2019. Bernard has had an impressive freshman season and has shown he has the ability to start at this level, and Rodriguez is the team’s second leading tackler and I personally think he has been one of the MVPs of the Oklahoma State defense this season.

Of the freshman who didn’t see the field, there is a lot of hype around Kanion Williams.  The former three-star recruit played in four games and the coaching staff seems to be really excited about his future. Additionally, Sean Michael Flanagan was a highly regarded prospect coming into college and should eventually find a spot of the field due to his overall talent.

Tre Sterling and Za’Carrius Green will most likely fill backup roles again in 2019.

Vaki has offers from schools such as Boston College, BYU, Illinois, Tennessee, USC, Utah and Washington State, but OSU hasn’t shown much interest after offering him awhile ago and is likely out of the mix for the speedy athlete who excels at both wide receiver and safety.

With the Pokes returning nine guys for 2019, they may decide not to pursue any additional safeties in this recruiting class. Additionally, there’s always a possibility that one of their linebacker or cornerback commits could be converted to safety, especially someone like Kamryn Farrar.

Colorado, where Farrar was originally committed before flipping to Oklahoma State, had recruited him to play their “Buff backer” linebacker/safety hybrid position. He definitely fits the mold of the Edison-McGruder type safety in Jim Knowles’ defense, though it seems at this point more likely that he’ll play linebacker at OSU.

Along with Farrar, Thomas Harper, the younger brother of current Cowboy Devin Harper, has experience playing safety and definitely has the talent to excel at this position.

Harper is extremely aggressive on defense and is not afraid to come up and lay a big hit. He does a great job of breaking on the ball once it’s in the air and has the speed to turn and run with receivers.

I don’t think it’s a major issue if the Pokes come up empty-handed in 2019 at this position. As I mentioned above, they have a lot of talent returning and a good deal of youth on the roster. However, it will definitely be a spot they look to fill in 2020.