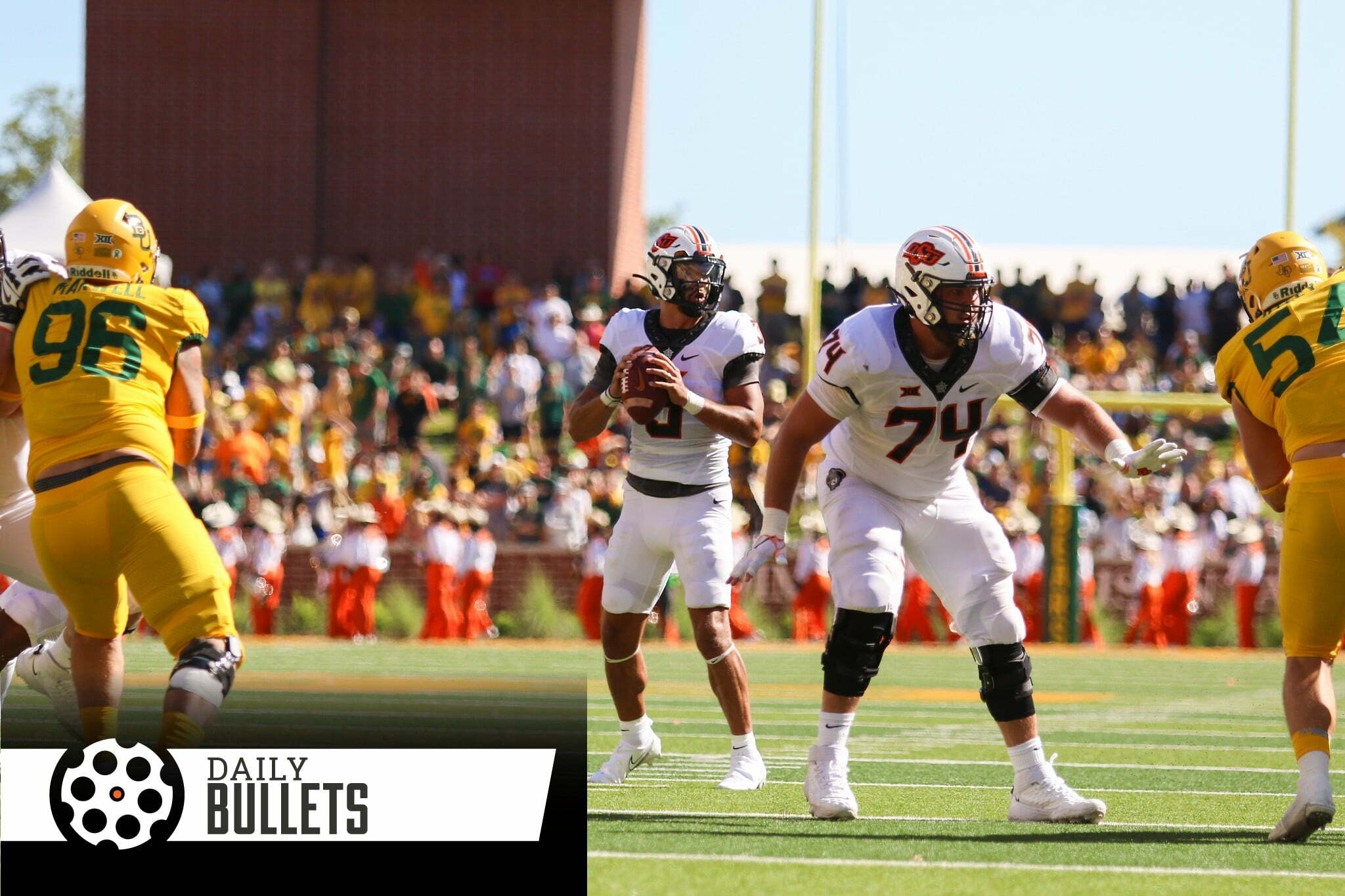 He likely has heard from teams before this but the fact that we’re midway through the transfer portal cycle and he’s just now “getting looks” indicates he’s a little bit lower down the list of candidates than OSU fans would have anticipated. Best wishes to No. 3 as he takes his victory lap elsewhere.

• ESPN has the Pokes’ class at No. 56 in the country right now… but essentially said that doesn’t mean a whole lot with their description:

Mike Gundy always evaluates well, and the Cowboys’ program is strong in player development as well..

• Pokes are on the bubble/last four in range for the NCAA Tournament currently:

• Looks like a pretty solid replacement for Matt Hembrough is on the way:

• Do recruiting rankings really matter in the Big 12? Sure, they impact national title contention. But the last Big 12 champions won with the 63rd (2x), 56th, and 51st best classes.

• No. 2 Trace Ford visited OU after entering the portal

Love to see this analysis of the OKC Thunder – evaluating whether NBA teams need to blow up their roster or not:

(OKC) blew it up three years ago and have already done most of their rebuilding. Assuming Chet Holmgren is healthy next fall, they could easily rise into the (explosive-free group). Shai Gilgeous-Alexander has been so good that opposing teams can’t even leak false trade rumors about him anymore. He’s going to be the face of a contender in Oklahoma in the very near future, and all of those leftover picks from the last blow up will be spent supporting him.