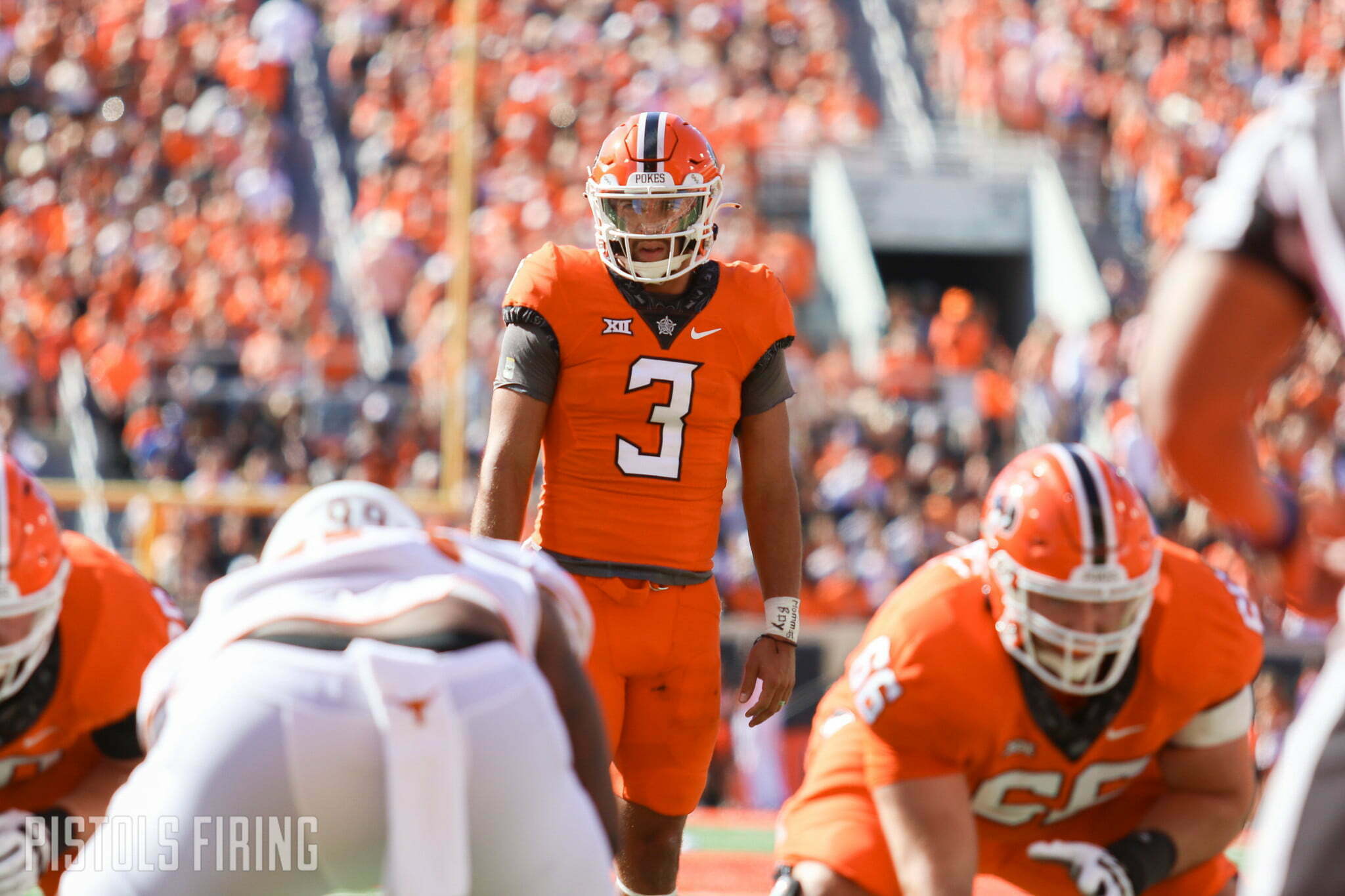 The quarterback transfer market hasn’t been the fastest moving among the position groups, but it sounds as if some SEC squads are zeroing in on former Oklahoma State quarterback Spencer Sanders.

Ole Miss and Auburn have apparently been in contact with Sanders about a transfer, according to 247Sports’ Chris Hummer. Across the past four seasons with Oklahoma State, Sanders has thrown for 9,553 yards, 67 touchdowns and 40 interceptions while rushing for another 1,956 yards and 18 scores.

Sanders is one of the top available quarterbacks in the portal. Here is where he ranks among uncommitted quarterbacks on all the major outlets:

Auburn went 5-7 in 2022, firing Bryan Harsin and hiring Hugh Freeze from Liberty. Redshirt freshman Bobby Ashford played in all 12 of the Tigers’ games, where he threw for 1,613 yards, seven touchdowns and seven interceptions.

Lane Kiffin and Ole Miss went 8-4 in 2022 as the Rebels prepare to play Texas Tech in the Texas Bowl next week. Ole Miss is led by former Top 100 recruit Jaxson Dart. A sophomore, Dart has thrown for 2,613 yards, 18 touchdowns and eight interceptions this season.

With Sanders’ departure, OSU has also reportedly been involved in the transfer market at the quarterback position. Virginia transfer quarterback Brennan Armstrong visited Stillwater after throwing for 9,034 yards, 58 touchdowns and 35 interceptions in five seasons with the Cavaliers.