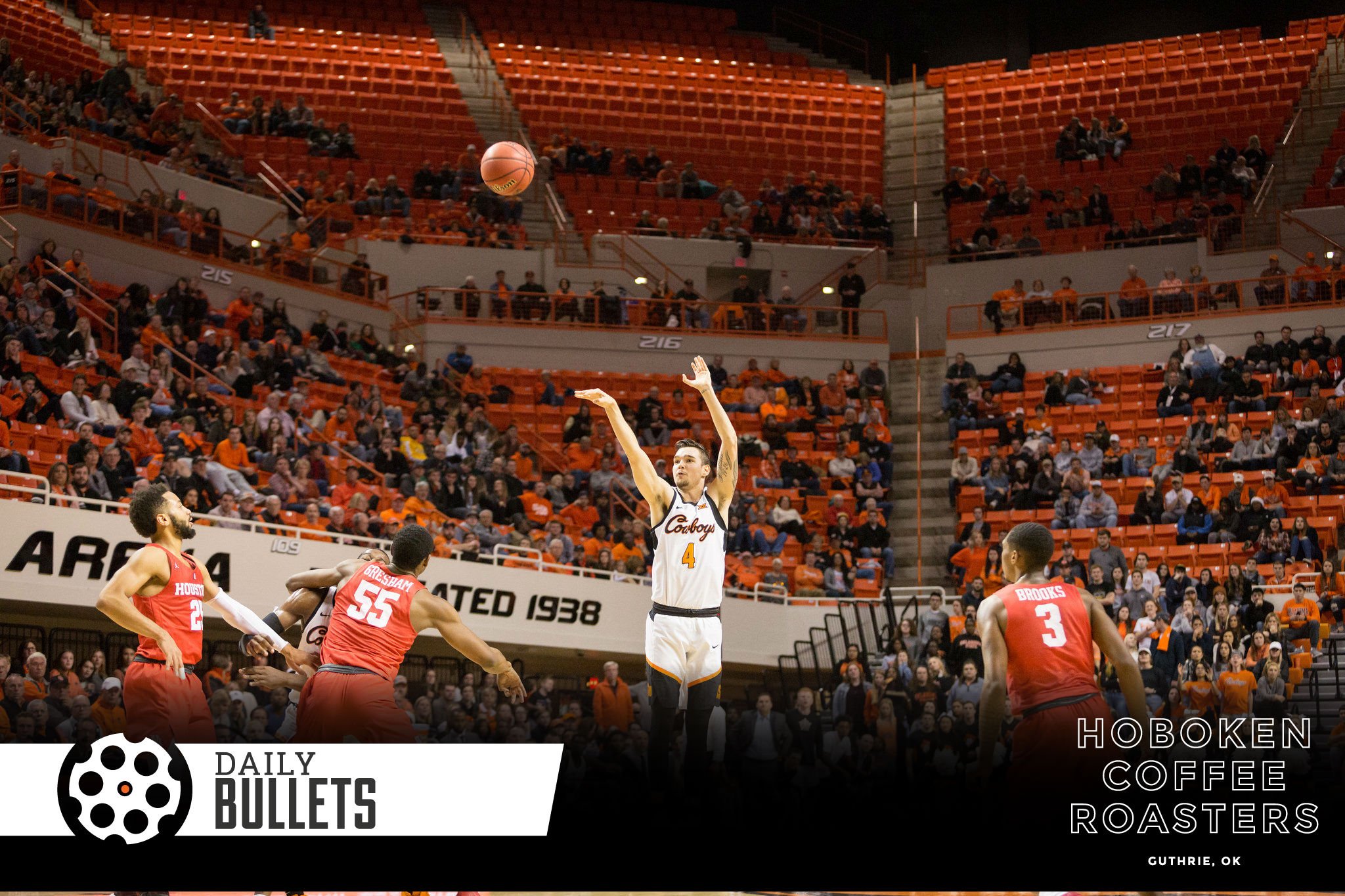 Merry Christmas Eve – where you can tell everyone you love them by buying them a gift (jkjk). We hope you enjoy a few minutes about OSU sports between Christmas Vacation viewings.

As the Pokes work to get some offensive movement in the halfcourt, Curtis Jones appears to play a large part in making that possible.

Jones’ ability to spread the defense out by being a threat from the outside will create some space to penetrate for the bench unit ball handlers Cunningham and Weathers. This will be huge for the Cowboys as they head into Big 12 play. [PFB]

If you can put another shooter across from Dziagwa, you’re looking at some serious floor spacing capacity.

It’s bowl week for the Pokes – if you’re a social media fan, here are a handful of events you’ll want to keep an eye out for with the Pokes bowl events.

The news conference is at 3 p.m. and while that is going on, there will be other players from both teams that will be going to St. Jude’s Hospital for a visit with patients and families at the premier hospital for pediatric cancer in the world.

At 5:30 p.m. there is a coaches and players dinner at the Memphis Convention Center and following that players have the option of going to a pro rodeo.

Following practice there is a coaches photo opportunity at Graceland, the home of Elvis Presley. [GoPokes]

Gundy and Co. at the rodeo on Saturday then Graceland the next day? Yes, please.

Some well deserving people here but if Eddie Sutton & his 806 wins at Creighton, Arkansas, Kentucky & Oklahoma State Is not a Hall of Fame coach, then those other guys who are in & put their teams on NCAA probation should be out. Get real! https://t.co/OZb0padXgU

This just feels too soon for Baby Briles to of climbed to this level again.

This may be the most Mike Leach-looking QB there is.

In addition to Wagner and Dickson, 7️⃣ #Seahawks have been named #ProBowl alternates:

Cowboys are prepping to face another solid QB on the 31st.

Drew Lock has a cannon for an arm – but does the hype towards the 2019 NFL Draft really match the production?https://t.co/IhEUCqjTGq pic.twitter.com/Jt0EcDUFdA

I’ve got three taking down one in the final: