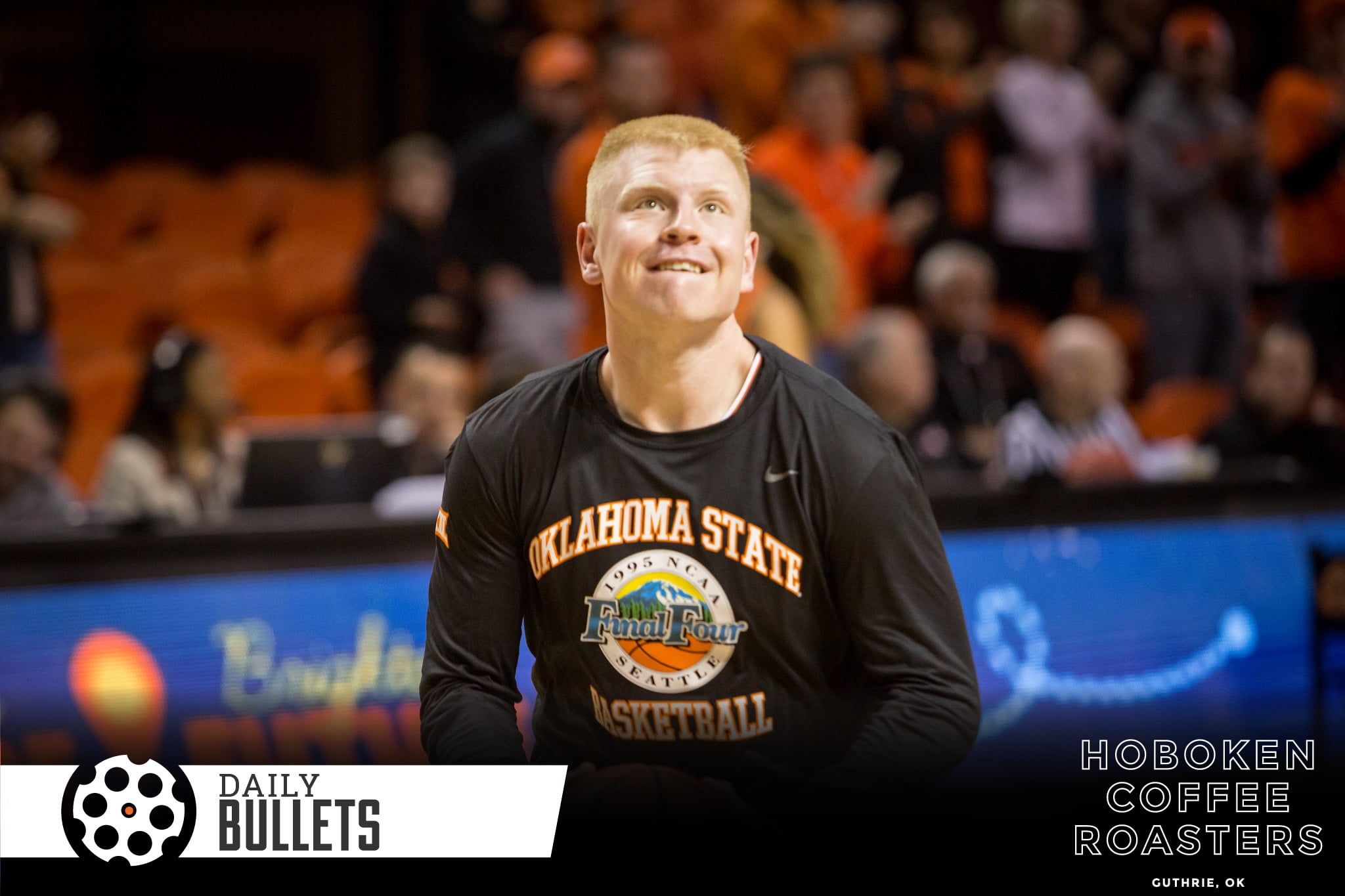 • *whispers* Is there a tournament path for OSU?
• Chris Beard stumps for Eddie
• Chianti’s heartwarming remark

• It feels absolutely nuts to be talking about this… but is there a path for OSU to get to the NCAA Tournament?

Four of those six all of a sudden seem quite winnable, being OU, ISU, K-State and UT. If OSU won those four, they’d finish 7-11 in the Big 12. That paired with a 17-14 overall record probably wouldn’t be enough (it could be for the NIT).

But if OSU could upset a ranked West Virginia or a ranked Kansas on the road and a win a pair of Big 12 Tournament games, things could get a little interesting. This is obviously putting the chariot well ahead of the horse, but for a team that started the Big 12 season 0-8, it seems crazy to think the Cowboys could be in any contention for postseason play. [PFB]

Gosh that Baylor win was the great equalizer, wasn’t it? Hand Baylor their only loss of the season, finish four-of-six and I think you’ve done enough at that point.

• Chris Beard had an incredibly compelling argument for Eddie’s hall of fame candidacy: not only was Eddie a phenomenal coach but an incredible person in his career. Players graduated, class and sportsmanship were displayed, and he won everywhere he went.

Side note: Mike Boynton fits the culture perfectly in Stillwater but OSU whiffed when they grab Beard before he got to Tech.

Here's @CoachBeardTTU on why Eddie Sutton belongs in the Hall of Fame. This is simply outstanding. #okstate #WreckEm pic.twitter.com/OMjGIso3BO

• Cowboy great Chianti Roberts had a heartwarming comment that makes you proud to be a Cowboy fan.

“It’s pretty awesome to know that people still care,” said Roberts, the Swiss army knife of a sixth man on the Final Four team. “People are still genuinely interested in you, and it goes deeper than the sport of basketball.” [NewsOK]

Kevin Durant’s comments about how Oklahomans didn’t care about him as a person felt like a shot at the collective character of the state. Maybe that’s true for some fans but I think the vast majority cared about him as a person and it wasn’t a fair comment. Hearing comments like Roberts’ feels like a tally in the right column.

• Boynton’s got the crew thinking about how to handle the challenge of success – a good idea with winners of three of their last four.

"Our goals are all still very, very much in front of us." – @thacoachmike #LetsWork | #GoPokes pic.twitter.com/TIJJOxt9PW