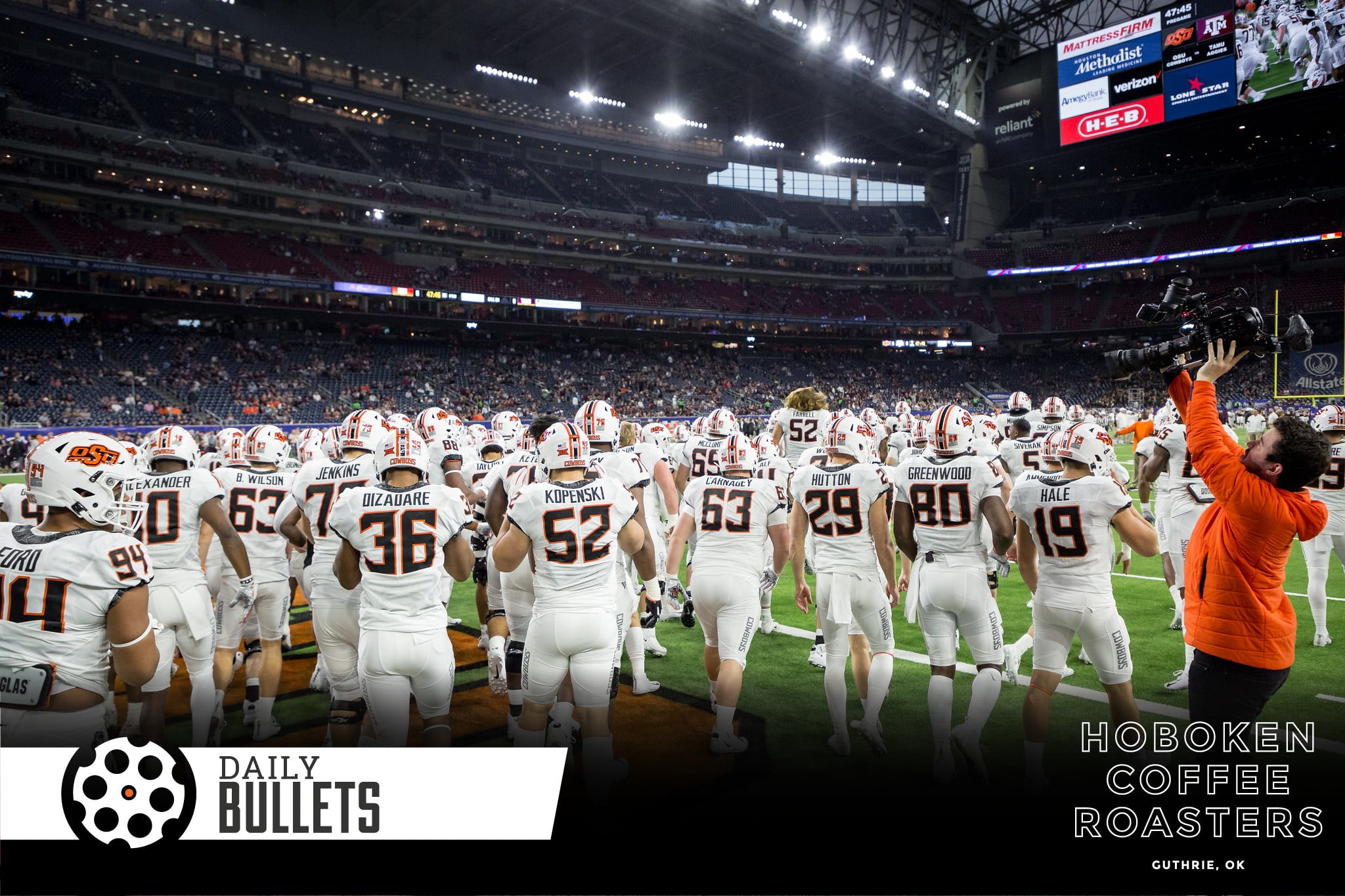 • After a close review of the Cowboy defense and its strengths, this take will have you optimistic about the unit’s potential in 2020.

Knowles has a much stronger unit than you tend to see from Big 12 defenses both in terms of depth of quality and experience and also top line athleticism. Most of these guys are solid and hard to attack but Ogbongbemiga and Ford bring some disruptive upside that could make for an imposing unit.

The Big 12 will be stocked with lethal offenses in 2020, fielding a quality D could be a trump card for the ‘Pokes. [Concerning Sports]

• Here’s what’s not to like about potential transfer legislation from an OSU-angle – it’s Texas coming for OSU’s recruits all over again.

“You have coaches that are concerned that they went out and spent time, money, and effort in finding athletes and developing that talent, then the kid has a good season and decides he wants to find a brighter stage. I think that is a legitimate concern.

There are tampering rules that are already in place and right now schools are not allowed to approach or talk to a student-athlete at another school without that athlete being in the NCAA Portal, but I think we all know there are some coaches that don’t follow the rules… [Pokes Report]

Straight from the mouth of OSU’s assistant director of compliance (see above), OSU doesn’t want to turn into a junior college for the most competitive teams (CFP contenders).

While we’re here -> Here were two good pieces talking about the transfer portal and immediate eligibility: hurdles remain and coaches are terrified of it

• Man, that 2017 Cowboy Football class was impressive. In a re-ranking of the class, one outlet ranked it as the third-best in the league behind only the Big 12 championship game attendees of this year.

When you have Tylan Wallace and Chuba Hubbard in the same class, you’re going to get some love. But this class also includes LB Malcolm Rodriguez, who was the team’s leading tackler in 2019. Brendon Evers, Tre Sterling and Brock Martin have all been really solid contributors for this team as well.

For all the grief we give Mike Gundy for his seemingly mediocre recruiting classes, this one was anything but in hindsight. [HCS]

• Optimism that the Pokes can win Bedlam tomorrow seems reasonable.

Members: Get your tickets for only $25! Because you know you want to watch is #BeatOU… #GoPokes https://t.co/G3DiT0r97d

• The average American hasn’t made a friend in five years -> related: an overlooked benefit of friendship (faith-based)
• Reggie Jackson-to-the-LA Clippers doesn’t make sense for anyone

Sort of Planet Earth-y but this video of clouds/music was relaxing: