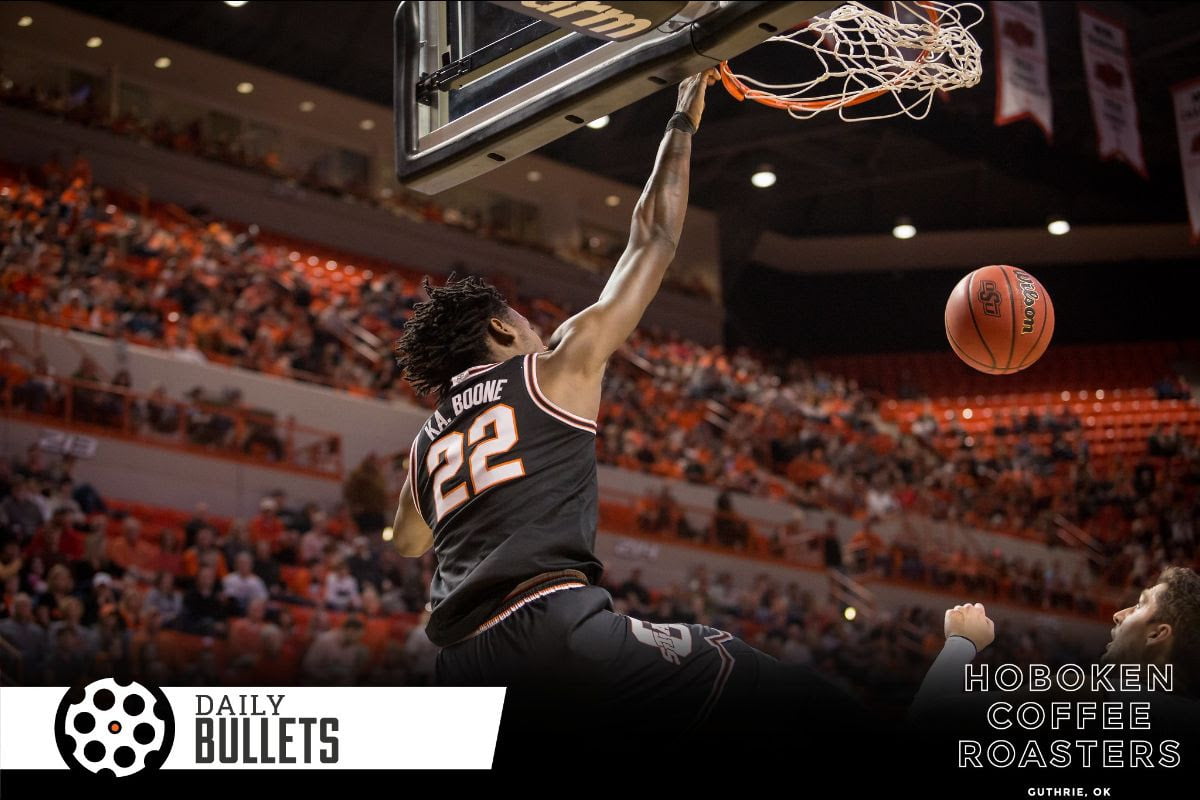 You have to have nights like last night to make the backflip at midcourt special.

• Road to the NIT
• Mrs. Boynton is the real MVP
• Corndog’s XFL experience

• After a shellacking at the Phog last night, what’s between the Pokes and getting into the NIT?

At home against Iowa State on Saturday. A win here is absolutely critical. The same goes for the following home game against Kansas State.

The swing game might be that season finale with Texas in Austin two Saturdays from now. Texas will likely be desperate for the win. So will the Cowboys. [HCS]

I think you have to win all three or you’ll have to shock someone in Kansas City (upsetting a number one or two seed).

• So how’s the XFL going for Cowboy alum Taylor Cornelius? Spoiler: not great.

Cornelius has thus far been the most productive of Tampa Bay’s three quarterbacks. Opening day starter Aaron Murray completed 16 of 34 for 231 yards and an interception. Murray has a foot injury and might not return this season.

In 2016, @Morgan_Hoffmann was diagnosed with muscular dystrophy.

In 2020, he's been named the PGA TOUR Courage Award Recipient for his efforts in finding a cure and encouraging others.#LiveUnderPar pic.twitter.com/FqUl3Woiyx