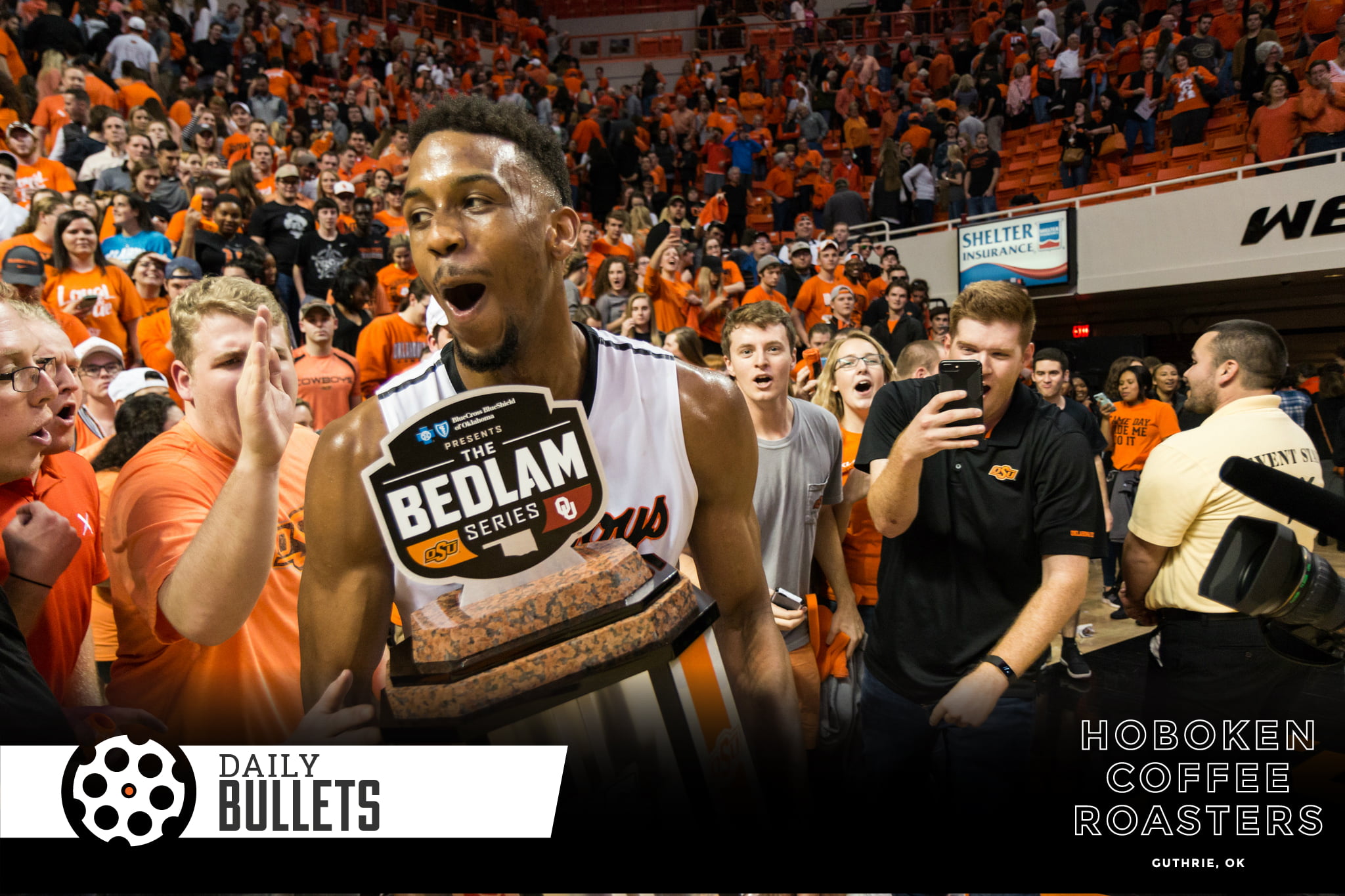 I’m looking forward to watching the KU-K-State game tonight – it’s got the “if the ag school is going to upset the blue blood at their sport, this is the year to do it” feel to it.

The only stat that matters in golf is apparently PGA Tour wins. Fowler hasn’t netted very many of those for his level of talent, but he’s also finished in the top 15 in strokes gained in four straight PGA Tour seasons. This should have led to more wins, but for a variety of reasons, it hasn’t.

This is what I mean when I say he’s underrated. This is like somebody finishing in the top 15 in scoring in the NBA for four straight seasons. That’s something only Anthony Davis, James Harden, LeBron James, DeMarcus Cousins, Russell Westbrook, Steph Curry and Kevin Durant have done over the past four seasons, by the way.

Nobody would say those guys are overrated, but we do with Fowler. This is all we seemingly talk about when we talk about Fowler. Why? Because he doesn’t win as much as he probably should. [PFB]

• It’s a down year for Big 12- basketball teams in Oklahoma – will there be a state championship game in Kansas City?

The Sooners and Cowboys appear to be headed – best-case scenario – toward a first round matchup in the Big 12 Tournament between teams seeded 8-9. Just like last season. West Virginia remains in last place, barely, and the Mountaineers still have to play in both Norman and Stillwater, though that hasn’t been any kind of quality indicator of OU or OSU success. [NewsOK]

Loser buys the BBQ? This is a defeatist argument but being the worst team in the Big 12 isn’t that bad, right? Unless your KU Football bad or in the ten-spot for consecutive years.

• When Sean Gleeson goes from coaching bush league to big league, the question is can he scale up successfully. Is it possible that Gleeson can be an even more effective? His old boss at Princeton thinks so.

Here’s a good question – will the time Gleeson actually gets to spend coaching (and not on menial tasks) be more beneficial or will the change in competition level (competing against better coaches) win out?

• One of my less optimistic thoughts – but while Boyton’s Pokes keep losing games in different ways, it’s growing apparent there are multiple reasons for this.

Kansas State had a 43-27 lead on the Cowboys at halftime in Gallagher-Iba in Stillwater and went on to a relatively easy 75-57 win. The Cowboys actually shot well in this game — 40 percent from the floor and 55 percent from 3. But the Cowboys only got to the line nine times (and shot 22 percent to boot), grabbed only 26 rebounds and did not play good defense. [HCS]

Part of these symptoms are connected – not attacking the basket, not fighting harder for boards, and playing softer defense could all be symptomatic of a tired, worn out team conserving what energy they have.

• Winning at all costs.

• Robert Allen takes a look at defensive linemen available for the 2019 class.

• Why it’s easier to make a decision for someone else

• Rural communities and the struggle to adapt to life without football

• Apple, the iPhone and the innovator’s dilemma