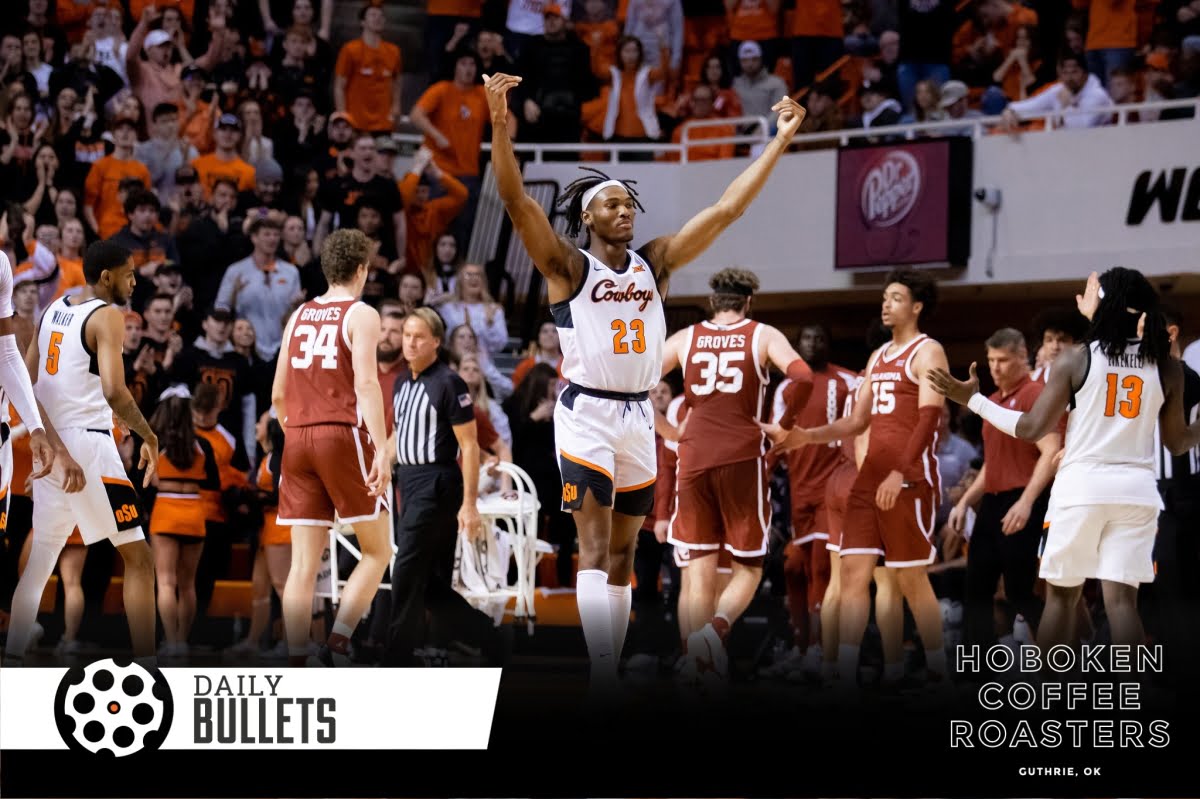 • Guerin Emig made a unique comment about Bedlam rivalries that’s worth discussing:

Bedlam football is a very big deal. Bedlam baseball is a feud. Bedlam softball gets nastier every year. And yet bloodthirst tends to subside in stadiums that host outdoor sports.

• Lindy Waters has worked his way into the starting lineup of the OKC Thunder’s G-League team, listen to these words and you can hear his former head coach:

“My dream is to play in the NBA,” Waters told The Oklahoman, a few days before OSU’s Bedlam win in Stillwater. “I’ve always wanted to play basketball at the highest level. I’ll get to where I want to be eventually if I just put my head down and work.”

• Still reveling in this tasteful jab by the O’Colly – the students were terrific yesterday:

• Unreal finish by the Pokes on Saturday to win this tourney in Hawai’i:

• The structured pursuit of depth
• These people never forget a face
• Great piece outlining the value of attending a secular school (obv. Oklahoma State is the best choice) as a Christian (faith-based)