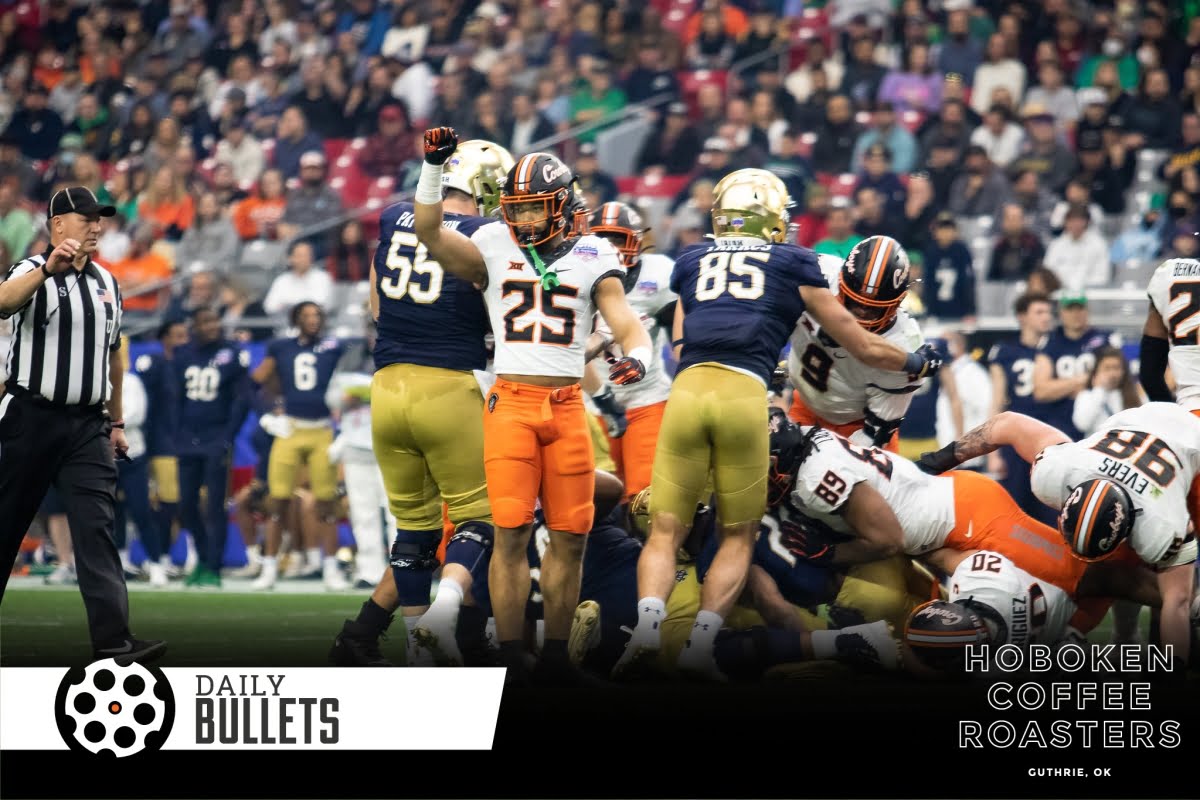 • Three former Cowboy wrestlers will participate in the SuperMatch

• Here’s what playing the spoiler looks like for the Pokes over the rest of the reason:

Oklahoma State has just eight games left in the 2021-22 season and can cause problems for the rest of the conference.

TCU, Iowa State, and Oklahoma are among the teams with another match-up left against the Cowboys. These teams in particular need wins to impress the tournament selection committee…

Oklahoma State will try for the season-sweep of TCU this upcoming Tuesday. The Cowboys are not playing in any postseason tournaments, but their efforts and impact could still be felt in March.

• Congrats to Cowgirl Miranda Elish on being named preseason All-American

• Single game tickets are on sale – some fun ones to pick from:

• Liked this older article on four things to focus on in life and how to cultivate each
• Harden for Simmons is super intriguing
• Free land in rural Kansas!

Prayers up for Boone as he starts off his last round of chemo: