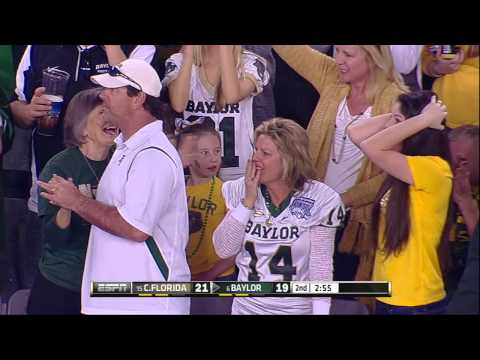 Desmond Roland: “We’ve got some great coaches, Coach Wick has been in this game for a long time, he’s the best in the Big 12.” (O’Colly)

I don’t know why but this made me laugh a lot. Dude is kinda weird. (Deadspin)

Really good interview with Chelf here. Some interesting stuff on his favorite memories and relationship with Colton. (O’Colly)

Gundy on Mizzou coach Josh Henson (who used to be at OSU): “We had a lot of discussions of what he and I thought would be productive some day in college football that would go on deaf ears with Les because it didn’t involve two tight ends and a fullback.” Why didn’t we get a Les-Gundy matchup, would have been awesome. (NewsOK)

This catch by Odell Beckham was a joke. (Big Lead)

Caleb Lavey on Calvin Barnett: “People don’t realize, if I didn’t have Calvin up there, I would get no tackles. I would have a bad season.” (NewsOK)

Pretty cool insight here from a former O-Stater on how Gundy handles an offense. He loves big plays. (Scout)

JW Walsh: “At this point, we’re all just kind of prepared for whatever. As long as whoever’s on the field is always prepared like they’re the starter and prepared to play, then I think we’ll have success as a football team.” Huh? (NewsOK)

Why motivation won’t be an issue in Dallas. (NewsOK)

Kye Staley on Rennie Childs: “I feel like he is going to be a running back of the future for Oklahoma State.” (Tulsa World)

A look back at the Big 12 in BCS games. As Ubben pointed out last night, the only teams to not make it were Tech, Iowa State, and Mizzou. (ESPN)

Congrats to my man Carson Cunningham for breaking this story, bummer that it was…well…this story. (KOCO)

On what to do without Cobbins in the lineup. I got carried away with Stevie at the point, but you see the issue. (PFB)

The most astonishing images of 2013. Bye, 15 minutes. This is amazing. (Gizmodo)

Go from nothing to well-read in 100 books. (Book Riot)

Bryce Petty flips into the endzone, his mom freaks.