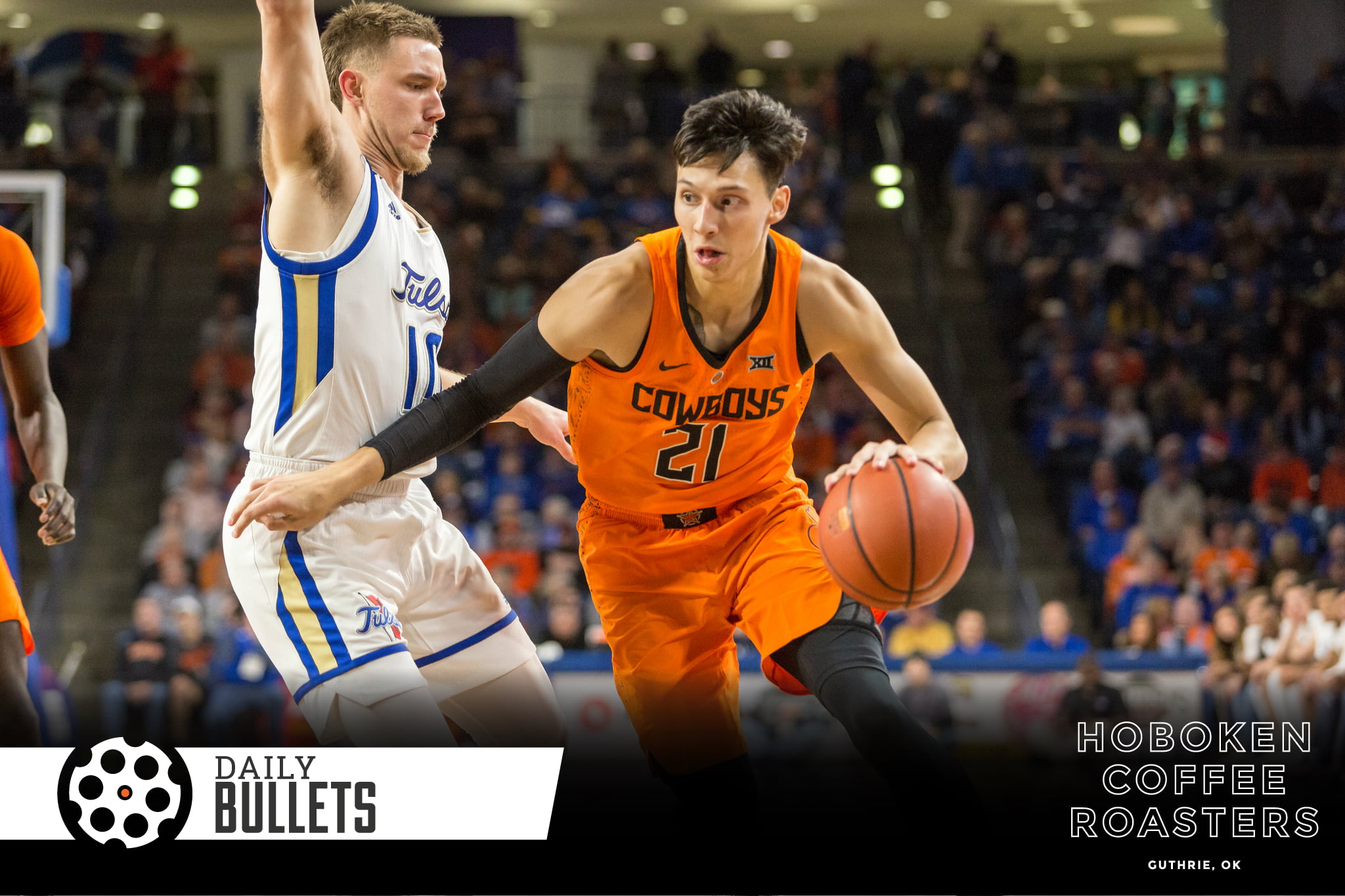 OSU hired Bodie? OSU didn’t hire Bodie. Props to Boone for reporting it first that Bodie Reeder isn’t official. Sounds like it could still happen but isn’t that far too predictable for a Gundy hire?

• I really appreciated how Boone so clearly juxtaposed the two realities in place with OSU announcing they’d be re-upping Gundy for another five-year deal.

Even more straightforward is the message OSU is sending by announcing his extension, following a tumultuous 7-6 season in which Oklahoma State vastly underachieved and perpetually disappointed: They’re riding with Gundy no matter the in-season results until he hops off the saddle.

For a program that has won bigger than ever under the leadership of Gundy, it’s a decision that, big picture, is a no-brainer. [PFB]

The two truths – Gundy will be re-upped as long as wheat grows southwest of town and he wants to coach OSU football. Two other things you can bet on: Gundy won’t Snyder it and go until he’s nearing 90 and he won’t Ron Prince-it: run a successful program into the ground.

• This may be an overreaction but after Tuesday’s game, Lindy Waters looks like the Pokes best option as an offensive fulcrum.

Enter Lindy Waters, the third of the ballhandling options for Mike Boynton. Waters was terrific against Texas, scoring 19 points on seven shots. He made all five of his 3-point attempts.

But when Waters isn’t knocking down 3s, he can still score. He’s a skilled offensive player with his back to the basket. His handles have improved immensely from when he was a freshman.

He’s versatile. And that means he needs opportunities. [TulsaWorld]

Waters stands out from the other primary ballhandlers (Likele and Weathers) – unfortunately, I think Cunningham could have figured in well to this conversation.

• If you could ask Mike Gundy anything this would be at least top 25: how good can Spencer Sanders be in 2019?

It’s a unique situation, too. I can’t remember the last time somebody was the guy for an entire season in his redshirt freshman season. Even with the opportunity to explore options (without burning redshirts!) in 2018, Gundy chose to put his future in a Spencer Sanders-shaped box in 2019, sight unseen. More eggs in that basket than I have in mine! I hope it works. I think it will work. But … it might not work. [PFB]

How different of a player is Sanders in 2019 vs. 2018? The bit in Bill Haisten’s piece about him not loving sitting out this year sat well with me (in that he’s a competitor) but made me really wish I could have had the year to enjoy it.

• USAToday gave out letter grades for college football teams and OSU passed! But really, I think the grade was pretty fair. 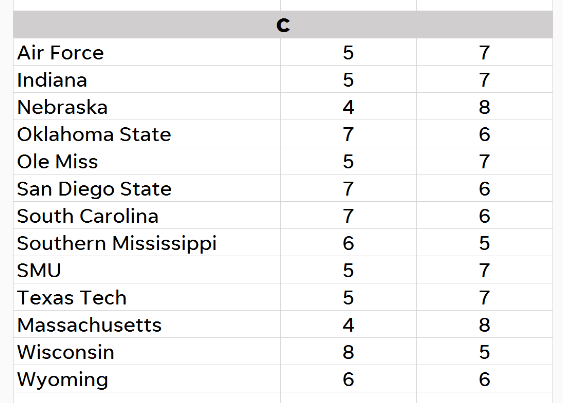 • This Mike Boynton quote on scheduling was v. good.

“I didn’t want them to fail, but I put them in a position where things weren’t gonna be easy and wanted to see how they would respond,” Boynton said. “… This is a schedule you put together when you feel like you can make a run to a Final Four, but I’m pretty ambitious as a person, and I’m really excited to see these kids have some success.” [NewsOK]

I think it’s a win-win for a rebuilding team in the Big 12. If you think you can swindle your way into the tournament with 20 wins and taking 40 percent of your Big 12 games? Sure, line up the cupcakes. But if you’ve got the confidence you can rack up some signature wins… or you’re looking to run a team through the wringer, you’re set up.

• It looks like Todd Monken is still on the market – Jets land on the recently canned Miami Dolphins coach.

Adam Gase will be the new head coach of the Jets per multiple reports….https://t.co/HSopMIa6Ae

• The Cowboy offense looks fantastic when the ball is moving in transition (like play no. 1).

The Cowboys made the plays to Texas, but we need your help picking the best one of the night. #c2e #okstate pic.twitter.com/GhJUBowP5A

• This piece on how Americans have grown bored with love was fascinating.

Fromm’s four factors essential for the cultivation and maintenance of love—discipline, concentration, patience, and supreme concern—suffer assault in such a culture. Love is also “dependent on the relative absence of narcissism,” and therefore “requires the development of humility, objectivity, and reason.” [TAC]

• I’m not a “comic book guy” but I love some of the superhero narratives. This Ringer review of Captain America 2 epitomizes what I love about these stories.

Chris Evans is perfectly fine in The First Avenger, but The Winter Soldier cemented him as a top superhero. His Steve Rogers is an unabashedly wholesome hero, convinced he can get through to his best friend from the 1940s by means of bromantic anecdotes and take down an entire Hydra operation that festered within S.H.I.E.L.D. [The Ringer]

I’m not sure if it’s because I love WWII so much and it rubs up against that but it’s just a fantastic story.

• This NYT piece from last year showing how the plane crashed chronologically was a visual display. Can you imagine if PFB could do this with Spencer Sanders-to-Tylan Wallace TDs?