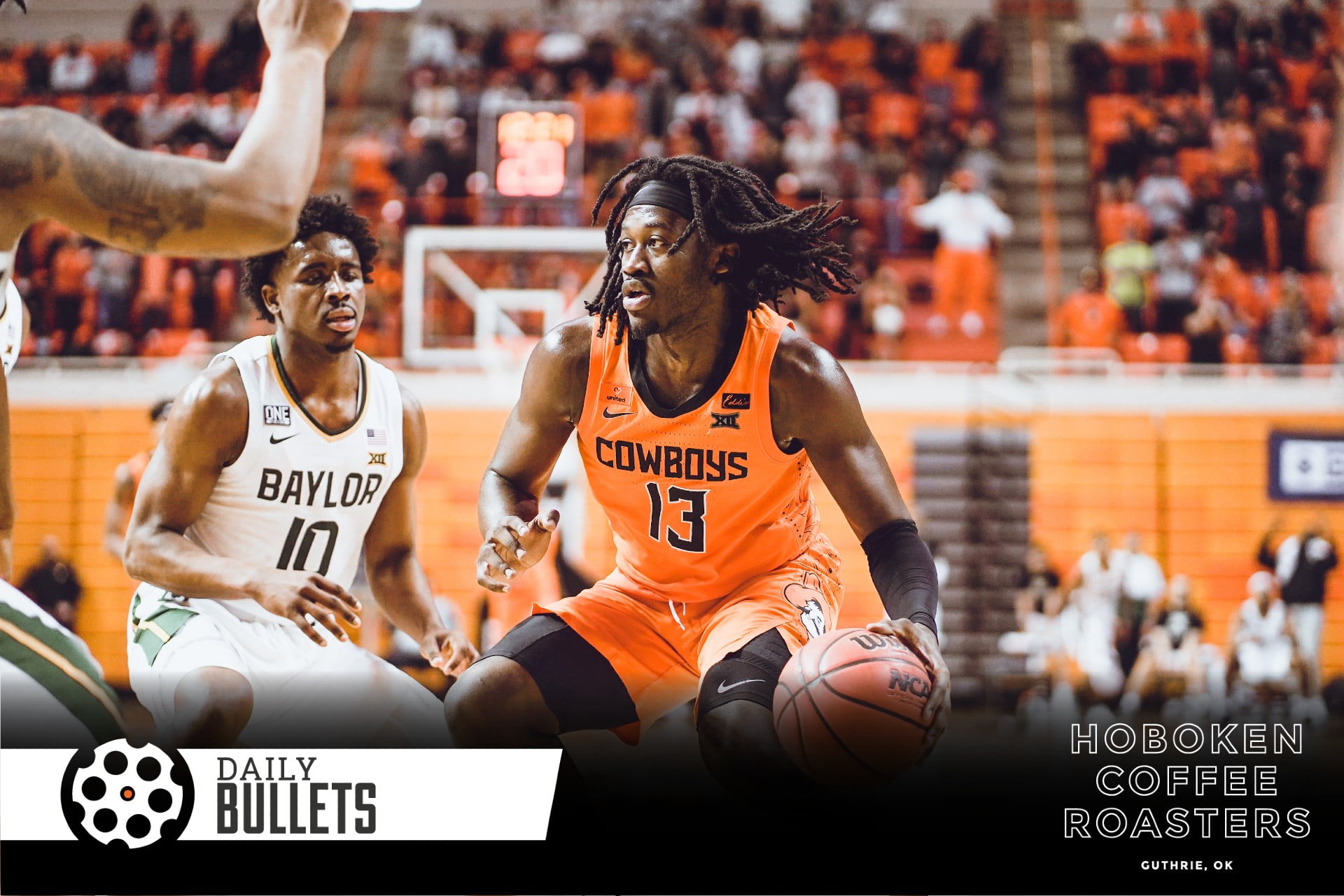 • A chuckle before we relive a rough finish for the Pokes.

• Oklahoma State looked ready to pull off the shocking upset over No. 2 Baylor, even without Cade. And then it didn’t. The Cowboys just didn’t have the horses to run with the Bears.

• Marshall dropped his Five Thoughts on the game.

• Of course, the question we all want answered: When will Cade return? Here’s the latest from Mike Boynton on that.

• And not that he should need it after the Cade-sized mulligan, but Boynton had plenty of support after the loss.

• The Cowboys were shorthanded again, writes The Oklahoman‘s Jacob Unruh:

Sure, the final score might say otherwise. But with just eight players in uniform, this was an inspiring effort.

The Cowboys just ran out of gas.

Boynton managed his team well two years ago with a short-handed bench. This time, the odds were very low of an upset, yet Boynton put together a strong gameplan. [NewsOK]

• A handful of Cowboys are headed to the NFL Combine. Well, at least in spirit? Here’s how the pre-draft exhibition will look different during the pandemic.

• This week makes 20 years (that’s unbelievable) since the plane crash that took 10 members of the Oklahoma State family. We’ll have more on that later this week but here‘s where you can find the schedule for memorial events.

• Kansas dropped its third straight game on Saturday with a 75-68 loss in Norman. The last time the Jayhawks lost three in a row the skid also started against OSU and ended against the Sooners.

• On that thought, Guerin Emig wrote about the Sooners’ win and the effects of the pandemic on the sport in general. It’s worth checking out.

We all hope so. In the meantime, we should appreciate the bright spots amid such a dark situation.

The college basketball games that are played, in Norman, Stillwater or anywhere else, certainly qualify. [Tulsa World]

• Yesterday marked the one-year anniversary of the shutdown in Wuhan. The city looks much different today.

Even in Wuhan, it can be easy to forget that time when shutting off a whole city seemed like a unique, draconian experiment on 11 million people. Coming from the city became a source of stigma last year; now it is a point of pride. [The New York Times]