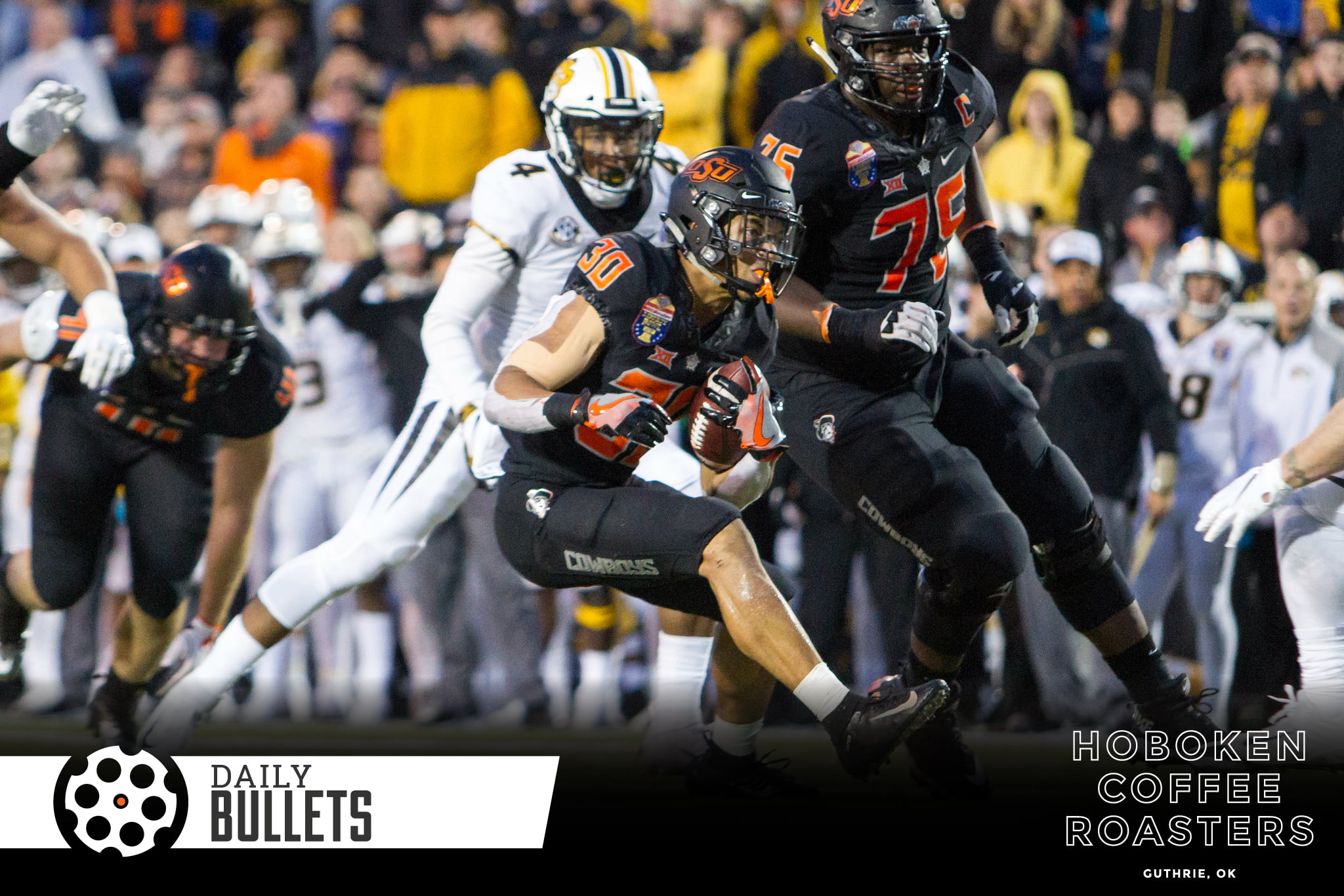 The Remember the Ten anniversary is coming up tomorrow – OSU does some solid things to commemorate.

• Most Viewed Article of the Week (No. 1): Boynton’s Update on Walk-Ons – The fact that this was the most viewed article points to the longing, knowing that however unlikely it is, that Jimmy Chitwood might just come out of the stands and save the day. My favorite quote was “It would’ve been nice if Shaq was in there, but he wasn’t.”

• Most Viewed (No. 2): Keondre Wudtee to the Transfer Portal – The least surprising (and only predictable) transfer from the Cowboy roster to date. Give it to the guy – he stuck around and tried to make it work when you consider he probably knew he was behind Dru Brown and Spencer Sanders before the season. Happy trails to Wudtee, he’ll make a non-LSU Louisiana team very happy.

• Most Viewed (No. 3): Three Football Players that Could Help Boynton – This is one of those prototype “this is why blogs exist” posts, seizing the opportunity to dive into the hypothetical. We don’t have confirmation on who the six walkons are at this point but we’re all resigned to the fact that it won’t be Jelani hogging the paint behind Yor Anei.

• Most Viewed (No. 4): Thabo Mwaniki Heads to H-Town – The Ra’Shad Samples special – taking his talents to the Gulf Beach. After the promise he showed as a freshman (and coming from big-time Texas football), I’m still surprised Rodriguez and Kolby Peel passed him on the depth chart. But regardless, he’s sure to Kenaan Brown shine at the Gang of Five-level.

• Most Viewed (No. 5): East-West Game where Jordan Brailford Shines, Corndog Stumbles – Two things here – that was an awesome pass rush and takedown of the Boise State quarterback for Brailford – adding more solid tape will bring even more spotlight. Brailford may have been the biggest benefactor of Jim Knowles’ system. The entire East-West event was yet another installment in the Corndog Chronicles – wowing scouts with his practice reps but a few ill-timed throws leveling out perspective.

Or, do they try to bring in a late high school recruit like they did last year with Samuela Tuihalamaka? They could, but they aren’t currently in on any high school defensive ends. If can’t land Fonua, they will most likely hold the scholarship and go after another late JUCO player. [GoPokes]

Fonua is plan A (after hoping Jordan Brailford would stay) then grad transfer/late juco add.

Oklahoma’s Neville Gallimore and Oklahoma State’s Chuba Hubbard were selected as two of five finalists for the second annual Jon Cornish Trophy by the N8 Group. The trophy is awarded annually to the most outstanding Canadian player in NCAA Football. [Big12Sports.com]

• Mercy – this fiction read (recently made into a movie) was tremendously entertaining. It was a fun, nerdy Da Vinci Code.

• This faith-based look at raising four girls and this dad’s perspective was awesome.