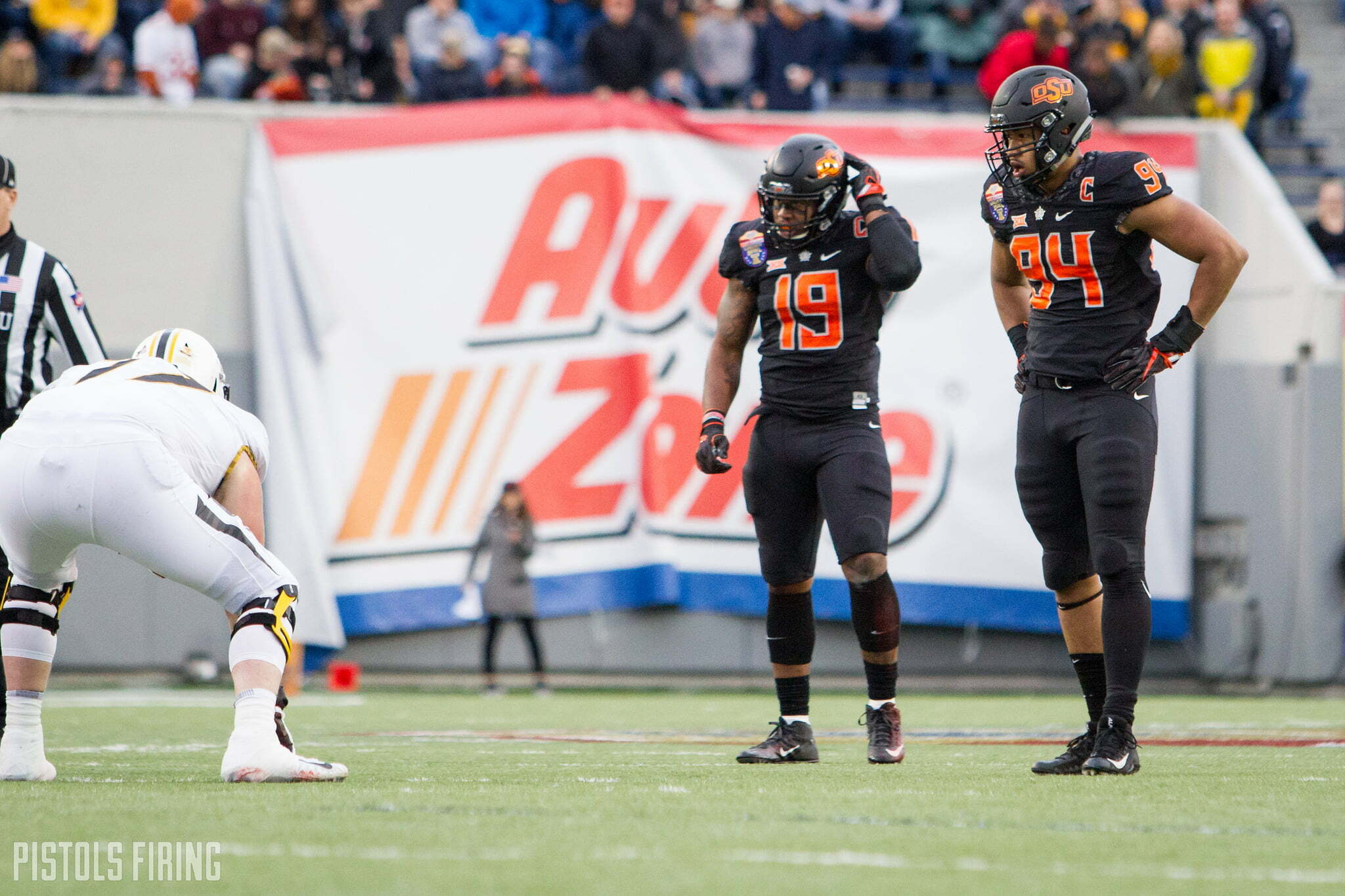 The West side of the East-West Shrine Game learned that lesson the hard way on Saturday.

Brailford, who starred for the East side in the game — which went the West’s direction in a 21-17 final tally — played both end positions in a down front for the East team, and made good on his opportunities. In a play early in the game, Brailford channeled his early senior season production by bringing down former Boise State QB Brett Rypien with force in a come-from-behind sack, replete with a beautiful spin move to free himself up.

.@CowboyFB's Jordan Brailford comes screaming off the edge for the SACK ?

Brailford’s teammate on offense, quarterback Taylor Cornelius, drew rave reviews leading up to the game with strong practices. But under the lights, he struggled mightily, going 4-of-7 for 28 yards, including two interceptions — nearly three — and one fumble in limited snaps.

TC runs for the first down, but the play is called back for holding. He then throws an interception on third and long #okstate pic.twitter.com/gkUCzwRrrc

Corn throws his second pick of the game, his receiver definitely doesn't do him any favors. TC then makes the tackle #okstate pic.twitter.com/E1jfiO9wSn

The East-West Shrine game isn’t going to make or break Brailford or Corndog’s NFL Draft stock, but it’s a missed opportunity for the fifth-year QB needing some momentum to live up to the practice hype. For Brailford, it’s a huge boost proving that he could be a mid-round sleeper off the edge in a draft filled with elite edge rushers.

#OKState defensive end Jordan Brailford might be the best defensive player in the #EastWestShrineGame. Playing very well. He's been unblockable.

Jordan Brailford with the rare outside spin move to LEVEL Rypien. He's tried that move a bunch this week with mixed results

THAT was impressive. Brailford got quite a bit of attention from scouts this week.#ShrineGame