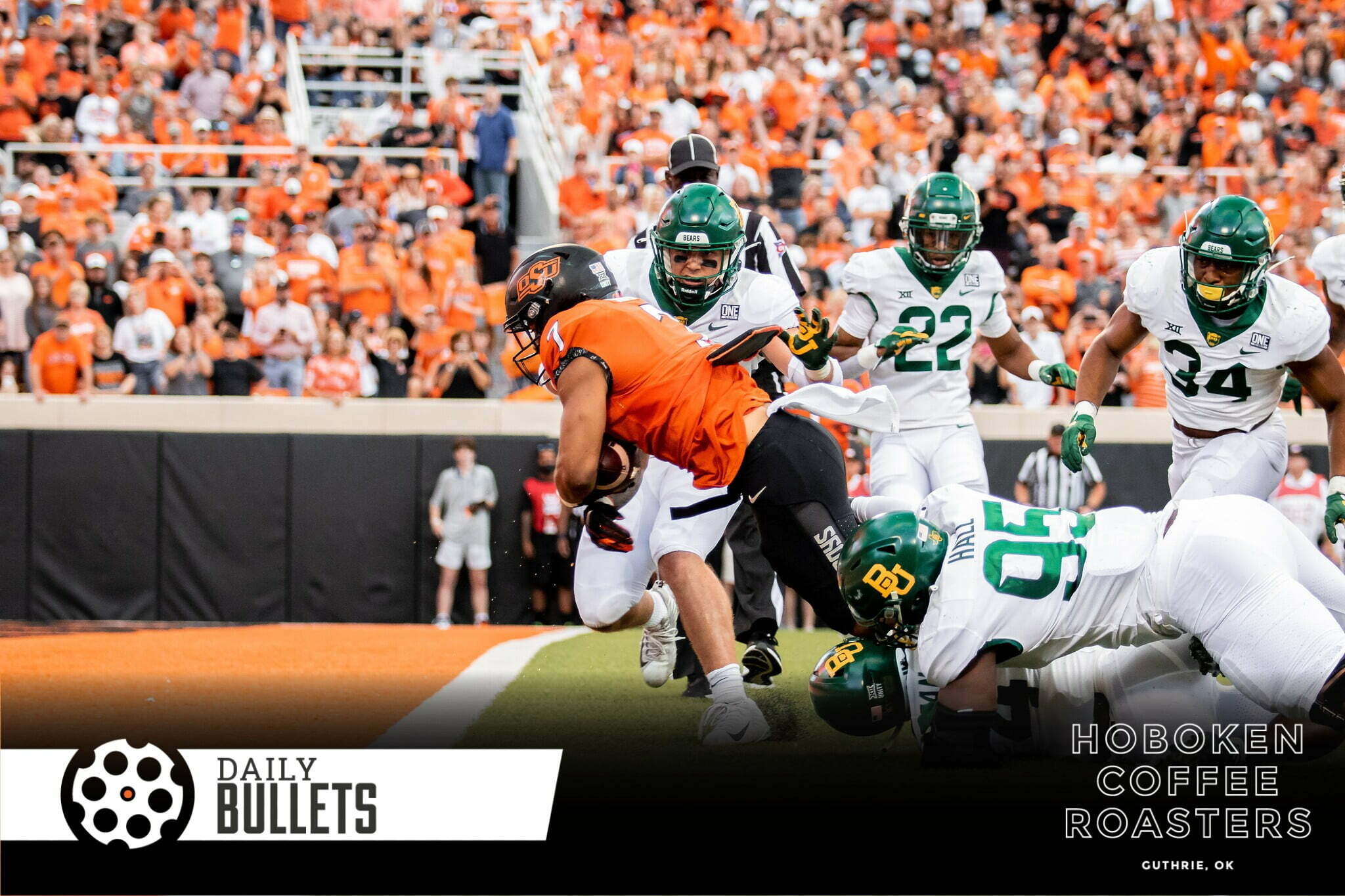 • Could Mike Boynton be a candidate for the open Louisville job?

• Taking a look at the Pokes who enrolled mid-year in the 2022 football class, Pokes are the only team in the Big 12 without an incoming player on the transfer portal

• If you’re looking for something to be encouraged about new coordinator Derek Mason, look no further than the last Iron Bowl against Alabama. Here’s a look at where he’s been in his career as well.

Auburn lost 24-22 to Alabama in the lead-up to Bedlam Nov. 27. It took four overtimes. The Tigers led 10-0 midway through the fourth quarter and 10-3 until 1:35 remained, when Bryce Young took the Crimson Tide on a 97-yard tying touchdown drive.

• OSU offered a couple of “Group of Five” lineman

• According to KenPom, OSU was in the third most stressful game of the year Wednesday: