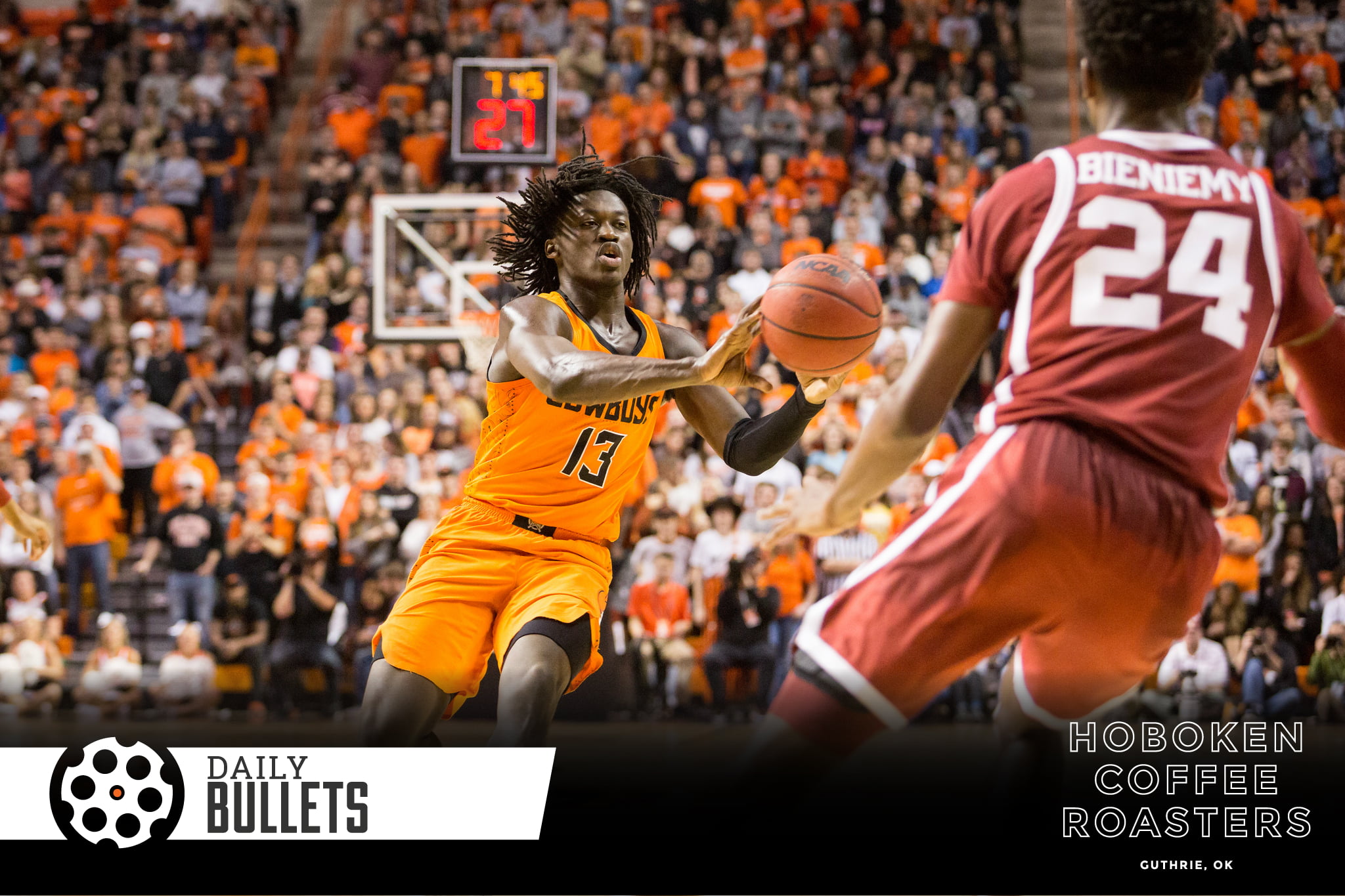 No matter how cold you get today – they’re lighting train tracks on fire in Chicago to keep up mobility. Happy Wednesday Pokes Fans.

• A large part of optimism or pessimism around the Sean Gleeson hire balances on one thing: how much you trust Mike Gundy’s hiring capabilities.

Aside from the 2014 hiccup, this has worked out quite well. (Dana) Holgorsen and (Todd) Monken took the Cowboys to dizzying offensive heights. (Mike) Yurcich didn’t reach them, but he proved himself worthy of the move from Division II Shippensburg to the Big 12 Conference. He fit in nicely in a league that plays Arena Football without the boards.

I trust Gleeson will fit in because I trust Gundy. He knows how to keep a beat even if he must hire a new drummer now and then. [TulsaWorld]

Generally, past performance is the best indicator of future performance. Relevant past performance is even better. Carson hung out around this concept in the latest pod – it makes sense. If you’re OSU, you should be able to hedge a bit more with more relevant, proven experience.

• When thinking about the 2011 Cowboy Football team vs. their 2013 counterpart, here’s an interesting point to what the biggest difference was.

Arguably the greatest offense in OSU history needed a washed up minor league pitcher who decided to go back to college and become a football walk-on, and one of the most ridiculous turnover margins in the history of college football in order to accomplish the greatest season in OSU history.

The best defense in the Gundy Era single-handedly came THAT close to lifting the fourth worst non-scoring offense in the Gundy Era to a conference title, and they did it largely by getting off the field in the traditional manner. This squad was a couple of plays from having a Big 12 title and quite possibly the same record as 2011. [CRFF]

So if you could put together the perfect team – it’s the surefire capacity of the 2011 offense and their capacity to score and the 2013 defense and their OSU-best ability to get offenses off the field.

• A highlight of this Cowboy Basketball season has been the development of their freshman point guard and center.

Apart from a three-game stretch early in the season, where Yor Anei started on the bench, freshmen Anei and Isaac Likekele have started every game for the Cowboys this year.

It’s been said if you can have a solid defensive point guard and center, you can have a pretty formidable defense. The length and potential of Likekele and Anei appear to prove that maxim.

Concerned about increased injury risk to players, the football rules committee later this month will consider tweaks to the overtime format. The goal is to make it less likely for games to go beyond two extra possessions for each team.

Among the more radical ideas set to be discussed is going to a 2-point-conversion shootout after teams have played two full OT possessions.

”The overtime process is really not broken,” said Steve Shaw, the national coordinator of football officials. ”It’s just when you go beyond two (overtime possessions), it’s too much.” [Yahoo Sports]

• For the Corndog enthusiasts – he didn’t register in PFF’s top-five Big 12 quarterbacks. I’m no Corn-Hater, my guess is he probably registered on the radar with his good games (Texas, Missouri, Boise State) but was cancelled out by his slower ones (Iowa State, Texas Tech, Kansas State). That’s pretty much the definition of average.

• Big 12 is officially a mess – Kansas is (relatively) skidding.