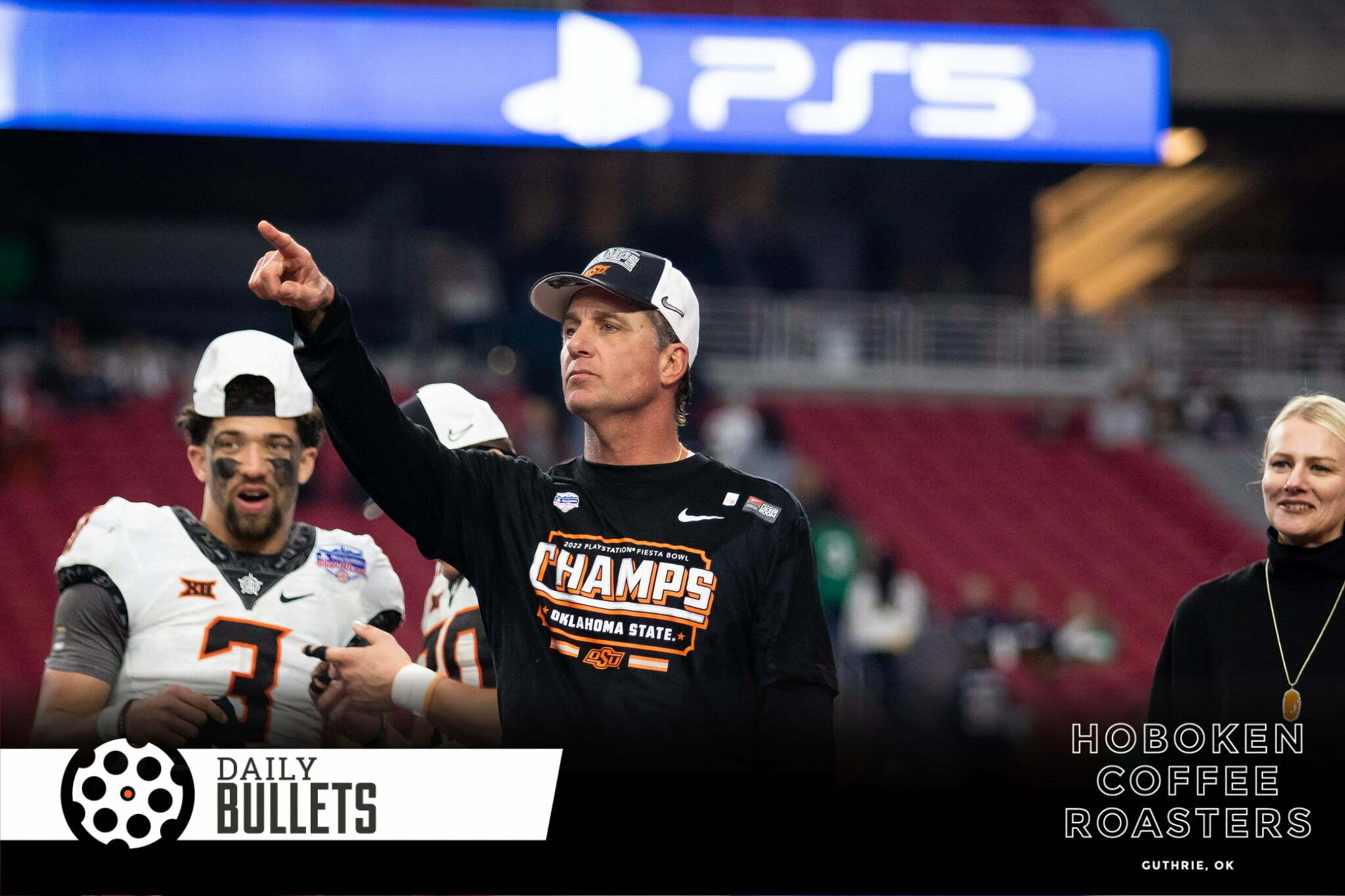 • OSU has won enough to compete with blue bloods – can it spend enough?

“But I think we can legitimately say, we’ve had 17 years now of consistent winning at a high level, against good teams, and achieved to a certain extent more than what some blueblood schools have over the last 10 years.”

But Gundy said such a rise will take a financial commitment. OSU’s athletic budget is around $90 million. The 10 biggest spenders in college sports, led by Texas’ $225 million annually, average somewhere north of $150 million. Perhaps double what OSU spends.

• Former OSU Cowboy/current Dallas Cowboy Blake Jarwin is headed back from the IR, could play in the playoffs

• Let’s talk about the claim of biggest win in school history.

“It’s against the number five team in the country. We’re playing Notre Dame,” the 17-season Cowboys head coach said. “Biggest comeback in school history, down 21 points. In the Fiesta Bowl.

“This is the biggest win in the history of the school.”

Right or wrong, I think “biggest win” status is more about what it leads to than what happened. If the 2011 OU win had lead to 2013 Big 12 title that could have spilled over into more, that’s probably it. If this win leads to another trip to Arlington and then post-OU dominance, I could agree.

• It’s hard to ignore how good of a Fiesta Bowl Spencer Sanders had.

“Rarely do we stop to ask ourselves questions about the media we consume: Is this good for me? Is this dense with detailed information? Is this important? Is this going to stand the test of time? Is the person writing someone who is well informed on the issue? Asking those questions makes it clear the news isn’t good for you.”

— Why You Should Stop Reading the News