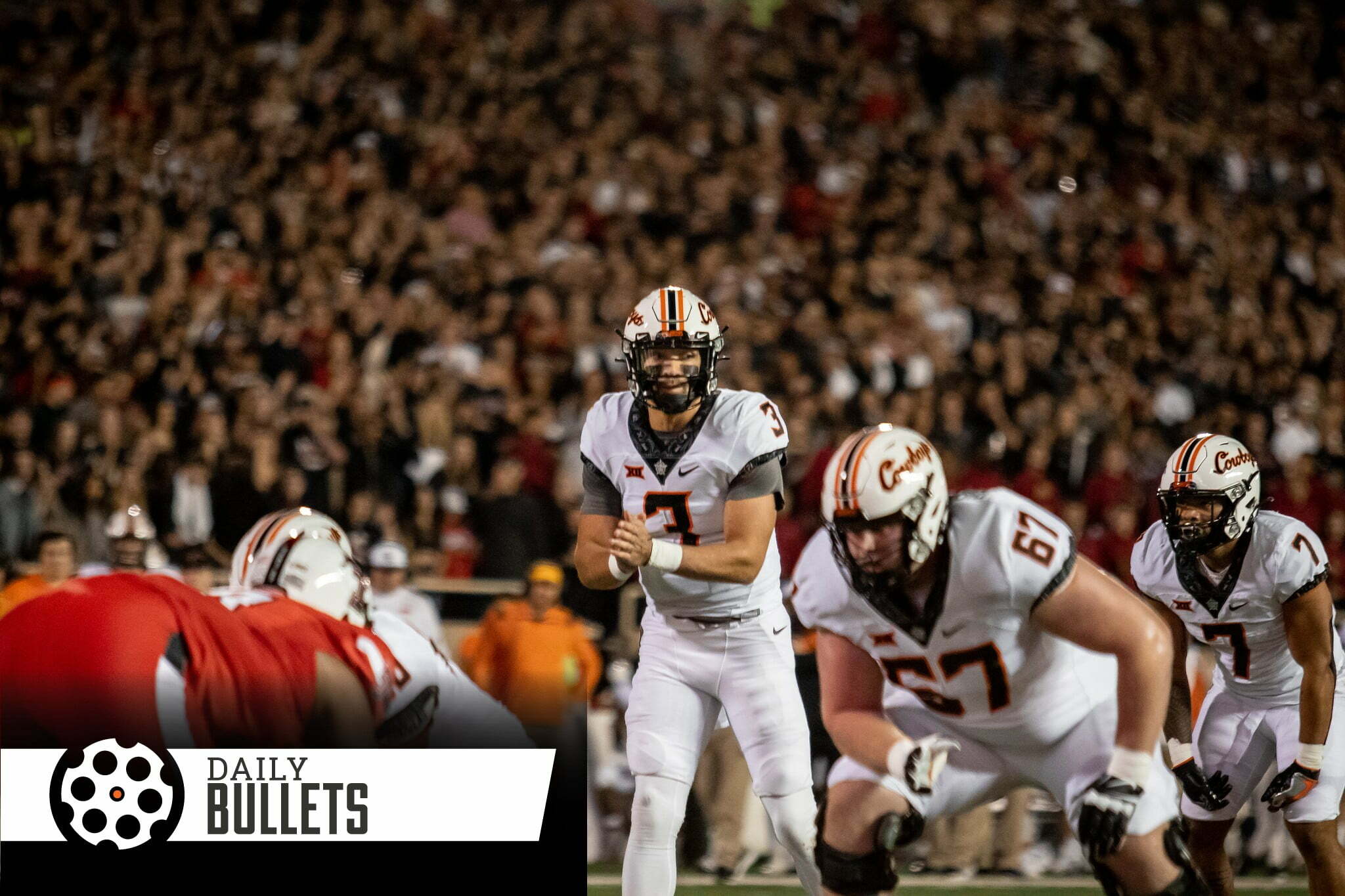 • Kyle Boone casts his expert eye on the Brandon Garrison pledge and what it means for OSU’s 2023 class moving forward. [PFB]

• Recent OSU commit Jelani McDonald received his initial 247Sports rating this week. McDonald lands as a three-star prospect with an 88 grade and is listed as the No. 69 player out of Texas. He was yet unranked when he committed to OSU on July 1. [GoPokes]

• Roc Riggio won the hearts of OSU fans this last spring, but he also made a believer out college baseball’s talking heads.

• Cade found out his NBA 2K rating at 84. He predicts he’ll be at a 90 or 91 by the end of the season. He was also asked about his all-time starting five.

• On this week’s pod, Carson and Colby discussed conference realignment, the Big 12 preseason poll and get into some Spencer Sanders talk. Come for the spicy Spencer takes, stay for the Texas hate. [PFB]

Colby, “I believe in Spencer Sanders…” Print the t-shirts and bumper stickers!

• OSU is sprucing up BPS this summer. But was this a missed opportunity? I think no, but I wouldn’t have been offended by it.

• There are two kinds of cooks in this world (not a post about cooking). [Seth’s Blog]

• That time Frank Lloyd Wright designed a doghouse for a 12-year-old. [CNN]