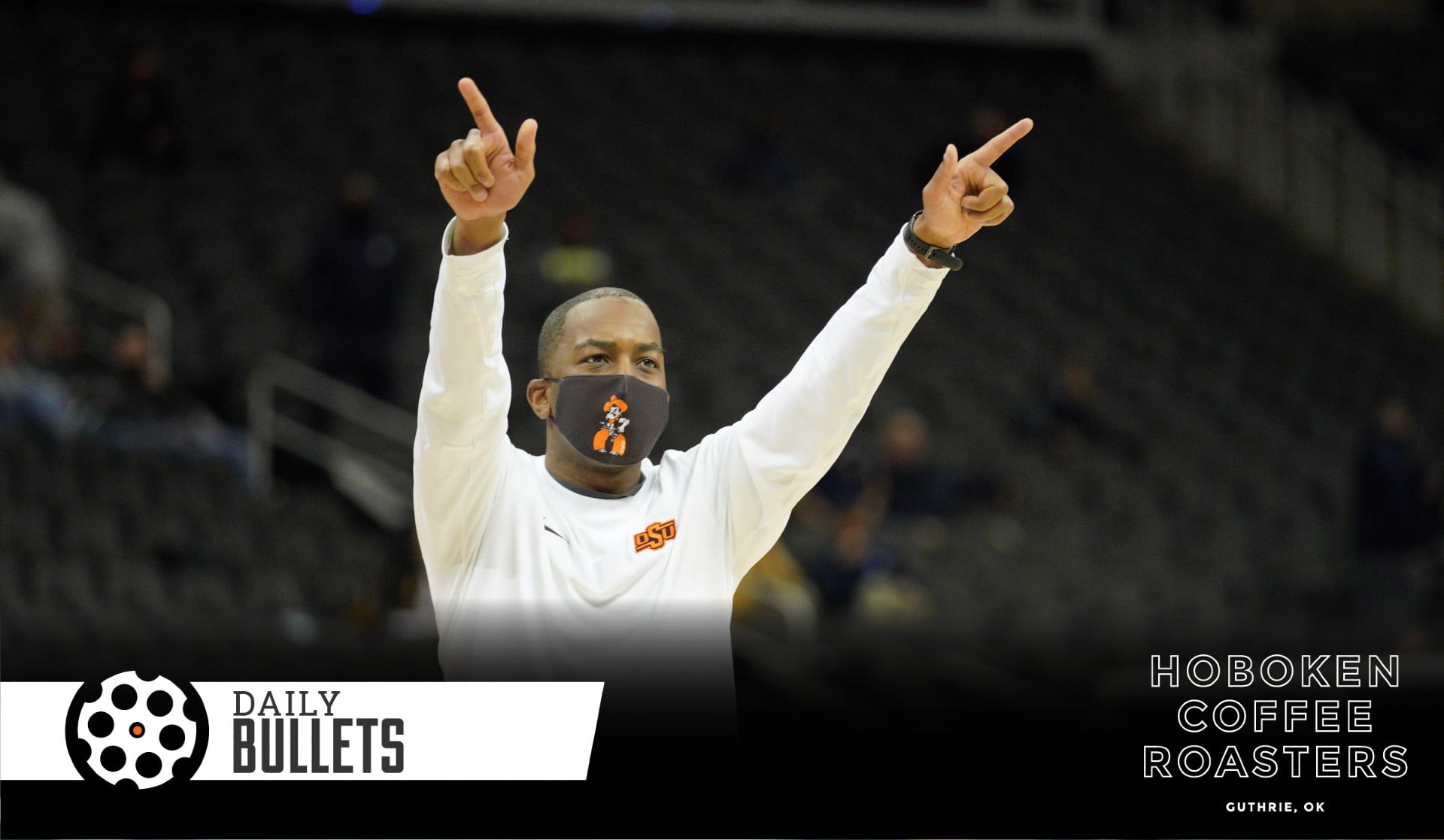 • Mike Boynton lands Moussa Cisse, a transfer who was originally a five-star recruit
– The school who had Big Country is the natural landing spot for “Big Africa”, right?
– Fun to think about: how stacked would the 2020 class have been with Cisse and Bryce Thompson?
– ESPN’s Jonathan Givony on Moussa Cisse is must-read stuff on the prospect
– He should be an incredible fit with Avery Anderson and Bryce Thompson with his size. He slots Kalib Boone and Matthew-Alexander Moncrieffe more naturally into forward spots as well

• Everything Mike Gundy had to say yesterday at Big 12 Media Days.

(Ohio University’s Frank) Solich, 76, leaves the sport as the fourth-longest tenured coach at a single school, tying Oklahoma State’s Mike Gundy. Solich was the oldest head coach in the sport.