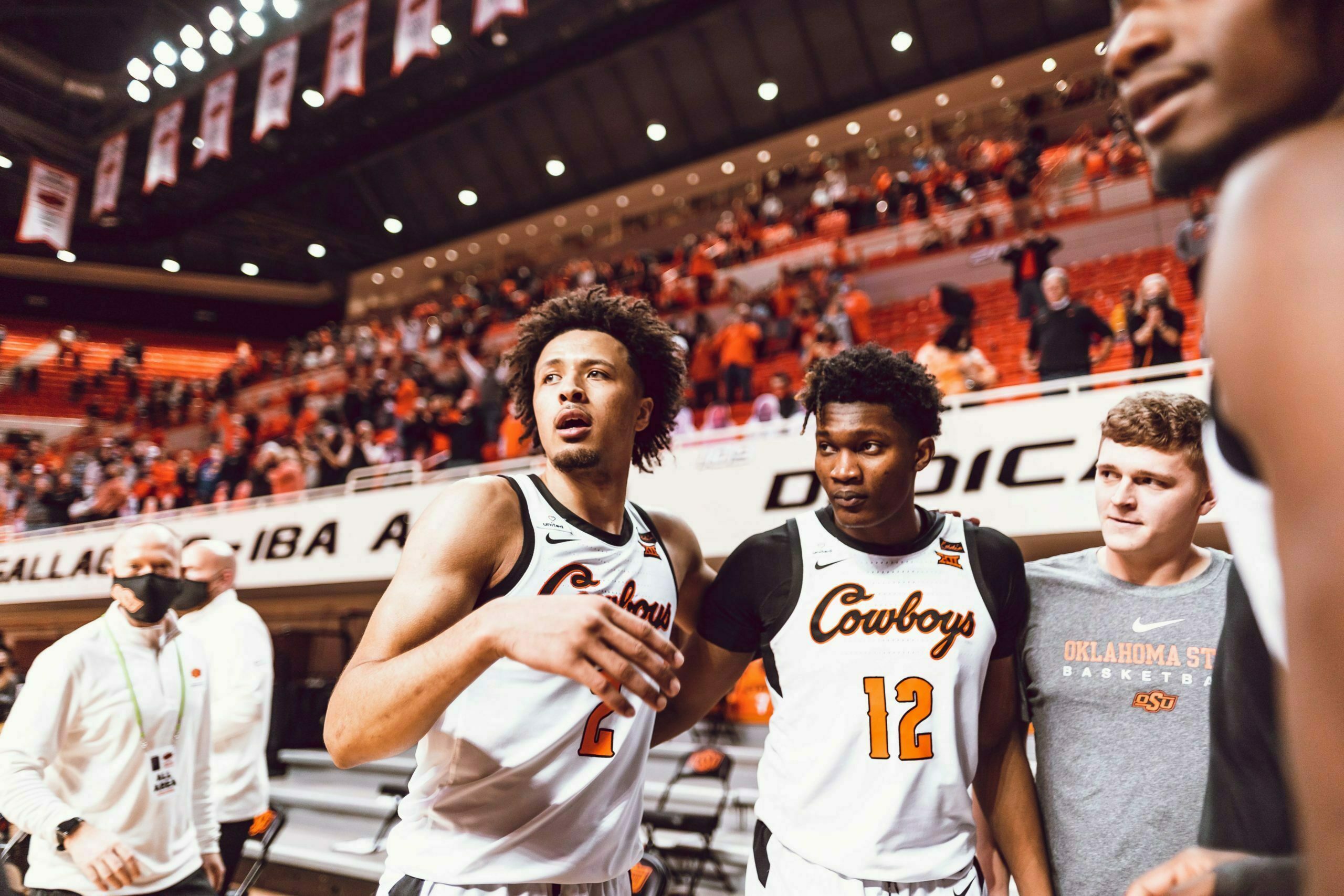 Mike Boynton cleaned up in the transfer portal this offseason.

Cisse, Thompson and Newton were all members of the 2020 recruiting class, a class OSU already did well with in 2020. Boynton brought in Cade Cunningham, Matthew-Alexander Moncrieffe, Rondel Walker and Donovan Williams as freshmen last season.

If the group of Cisse, Thompson and Newton would have came in at the same time as OSU’s initial signees, the Cowboys’ 2020 class would have ranked second in the country, narrowly behind Kentucky.

Here is a look at the would-be class with their 247Sports Composite rankings.

It’s important to note that other rankings listed Newton, Moncrieffe and Williams as four-star prospects.

That seven-man class would have scored a 70.06 in the composite system. Kentucky’s six-man class scored a 70.34 (The Wildcats also went 9-16 last season and missed the NCAA Tournament).

Boynton acutally did slightly better at recruiting the 2020 class the year after. A class solely of Cisse, Thompson and Newton has a 62.48 composite score compared to the 62.45 ranking a class of Cunningham, Walker, Moncrieffe and Williams had.

Cunningham is the only player from that seven-man group who won’t be on the Cowboys’ roster this season, as he’ll likely be the No. 1 pick in this month’s NBA Draft. A six-man class of Cisse, Thompson, Walker, Newton, Moncrieffe and Williams would have ranked fourth in the country behind Kentucky, North Carolina and Duke. Not bad company.

All of this means nothing without on-court production. Kentucky stunk. Duke also missed the tournament, going 13-11 last year. UNC made the tournament, but exited in the First Round.

It does, though, mean that there will be a lot of eyeballs on Gallagher-Iba Arena this season looking at a team with a high ceiling.