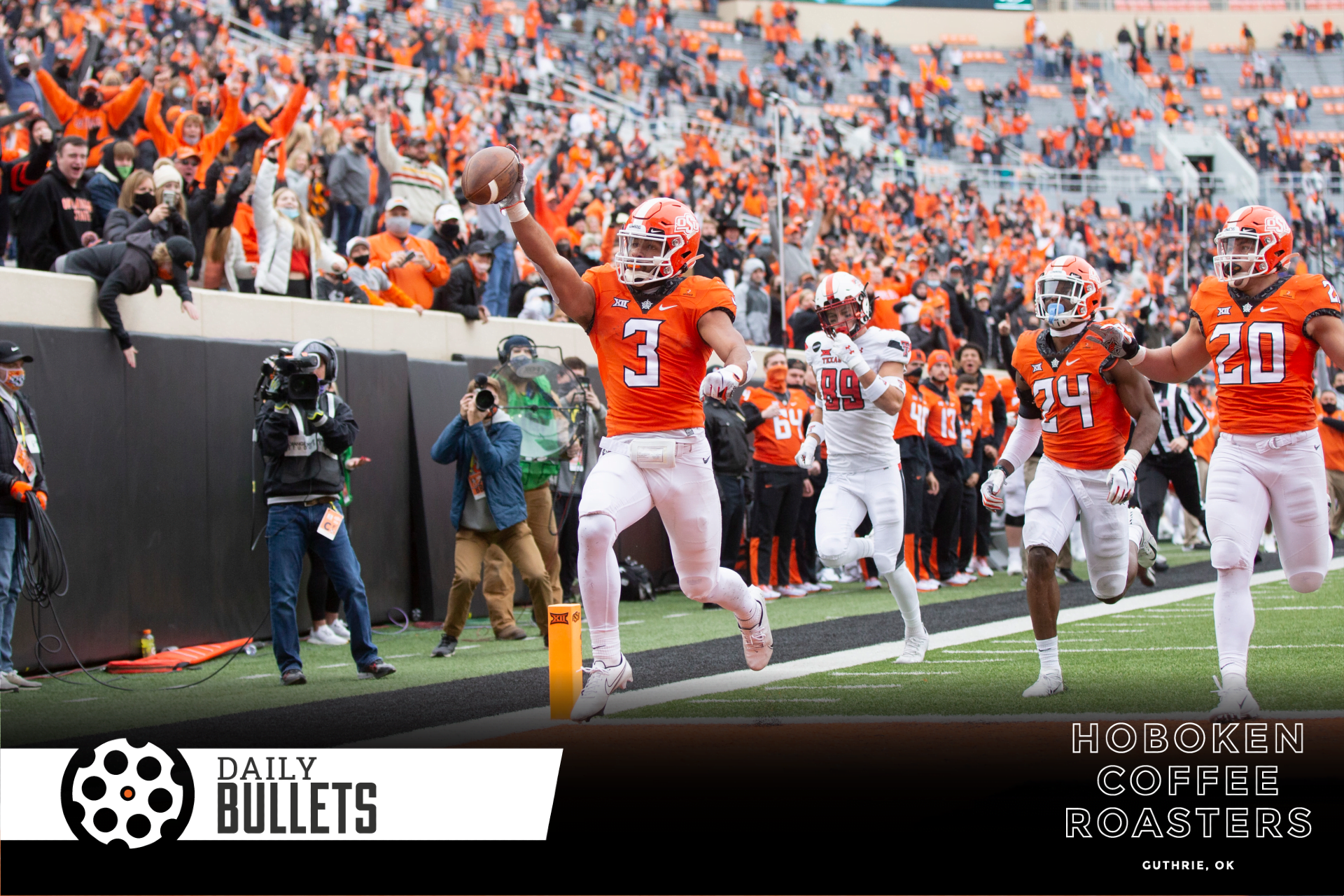 • Something bizarre about the 2021 Cowboy Football team – I’m more excited to see the defense on the field than the offense. Two guys on the Bednarik watch list!

The defense carried the Cowboys for stretches last season and heads into Jim Knowles’ fourth year as coordinator. Two of the biggest boosts for OSU were linebacker Malcolm Rodriguez and safety Kolby Harvell-Peel choosing to return.

It’s the first time since Tim Beckman left for Toledo that a defensive coordinator was even rumored to have been looked at for other jobs.

Funny rabbit trail – Tim Beckman was the OSU DC in 2007 to 2008. When he took over as head coach at Toledo, his offensive coordinator was Iowa State’s Matt Campbell.

• These Cowboy freshmen could be fun to watch this fall

• The Cowboys’ bearded pitcher is headed to play for the Giants after being drafted in the 17th:

• Nothing but blue turf and beer for the Cowboy fans who make the trek northwest in September: