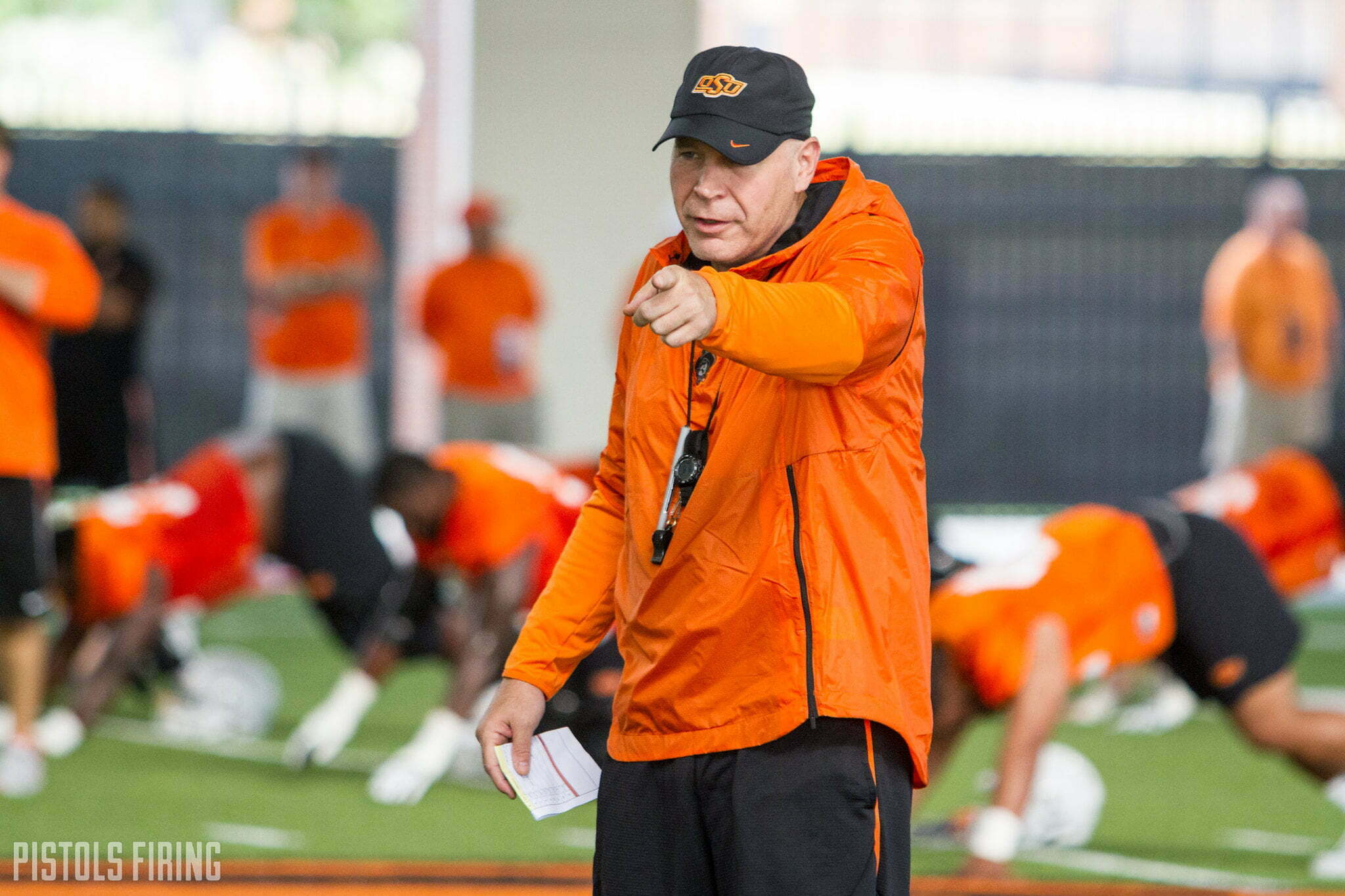 This wouldn’t be the first time Illinois swiped an Oklahoma State coach.

Cowboy defensive coordinator Jim Knowles interviewed with Illinois coach Bret Bielema on Sunday, according to Football Scoop. Knowles is coming off an impressive season with the Cowboys’ defense in which OSU led the nation in third-down defense.

Illinois is looking at three candidates, according to Football Scoop, with the other two being Missouri’s Ryan Walters and Wofford’s Josh Conklin. The site reports a decision could be made as early as Tuesday.

Under Knowles’ guidance this season, the Cowboys held their foes to 23.5 points and 379 yards a game, both of which rank highly among the best defenses in the Mike Gundy era.

The Pokes held five or their 11 opponents under 20 points this year and held Fiesta Bowl champ Iowa State to 21.

Knowles joined Mike Gundy’s staff in 2018 after spending eight seasons at Duke. Before that, Knowles was the head coach at Cornell. Knowles is originally from Philadelphia.