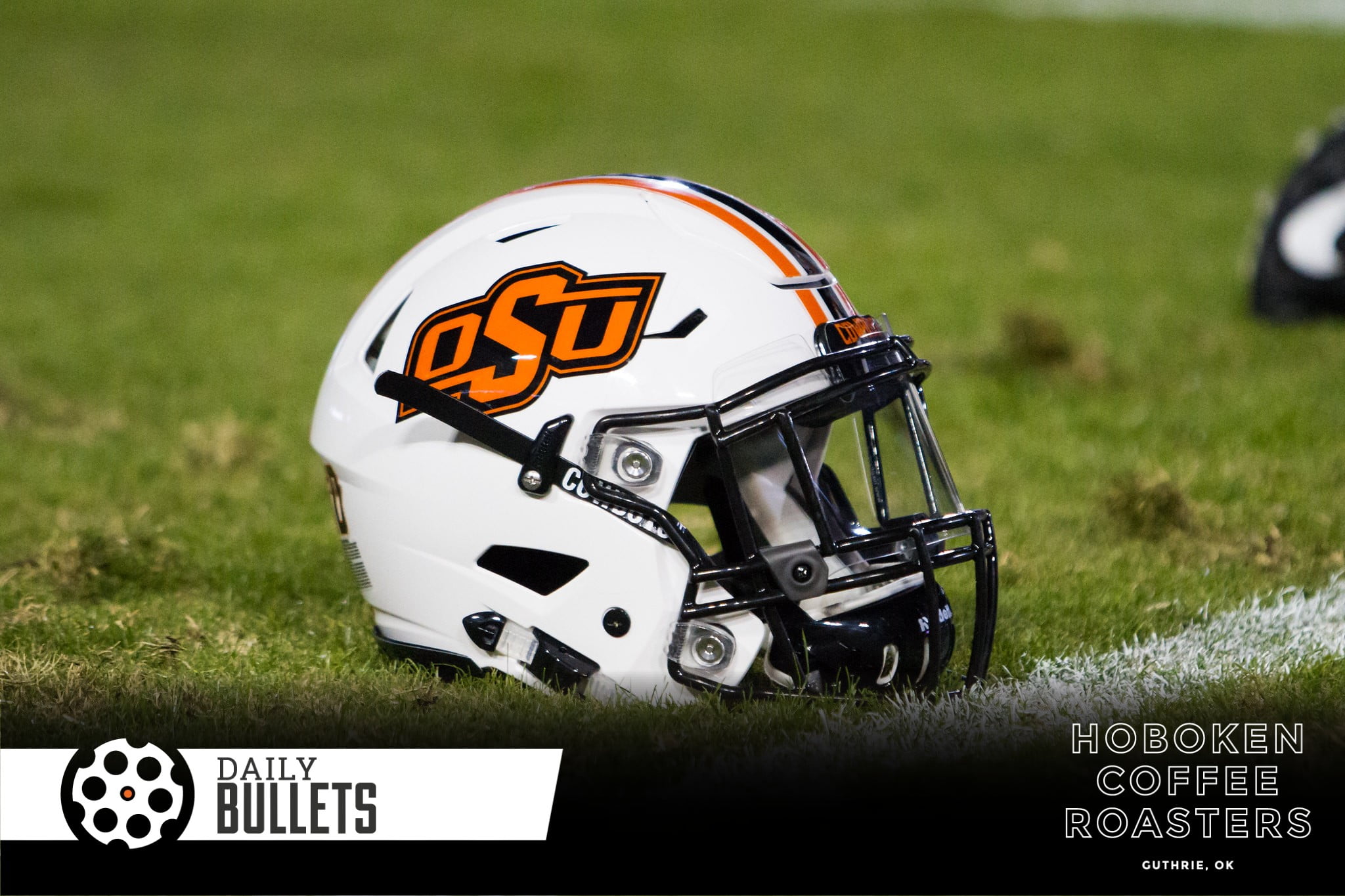 • Thoughts on where the ball lies on OSU and conference realignment:

– Until OU and Texas are officially accepted into the SEC, we’ll wait for any real direction on what conference the Pokes will play in. That could come as early as the end of this week. This Rivals piece is terrific and lays it out well.

– Believe that three of the Power Five leagues (ACC, Big Ten, and PAC-12) are doing their diligence on the Pokes.

• Cade Cunningham signed a (believed to be) lucrative deal with Nike

• A Cowgirl softballer was the first OSU athlete to bring home a medal at the Olympics this year:

• Josh Sills and Malcolm Rodriguez were named to pre-season watchlists

• What comes first – a narrative or your feelings?
• One learning rule never to break

This is a funnier aspect of realignment that we’ll see right before our eyes: