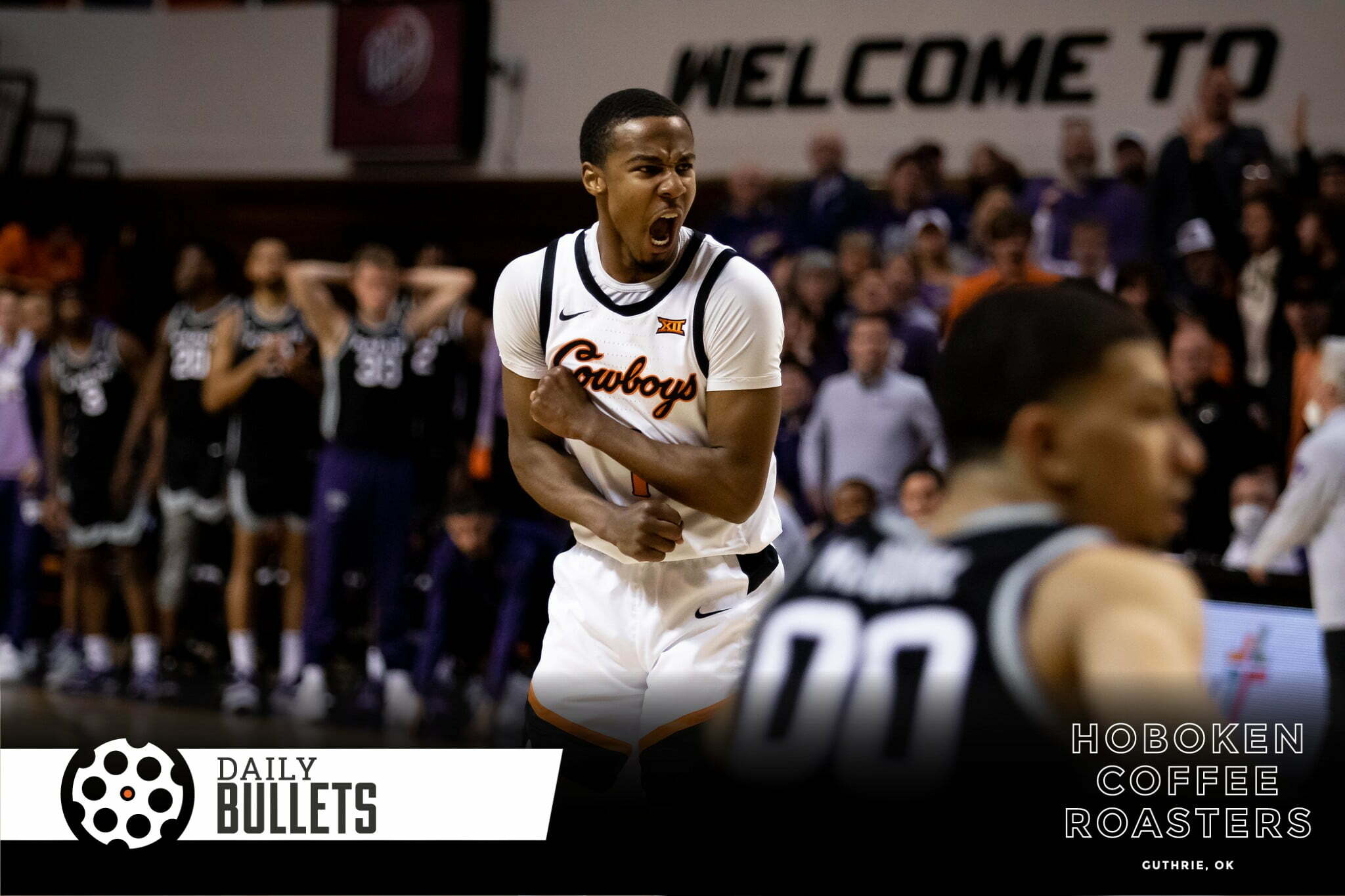 • Mike Boynton had some solid comments on the potential turnover looming in the offseason:

“I’m prepared for whatever happens,” Boynton said. “… I don’t want to get ahead of anybody’s news, good or bad. I think there will be some really positive news, but I think there will probably be some unfortunate situations as well.

• K-State lost last night in KC and their head coach is on the hot seat – he had some great thoughts. One of his better ones was that only one team (Oklahoma State University) from the FBI scandal is ineligible for the NCAA Tournament.

• That Brennan Presley catch in Ames will be an enduring image from this season. The formal moment he went from “good slot guy” to “dude” in my head:

Gosh, I’m just sucked into these at this point.