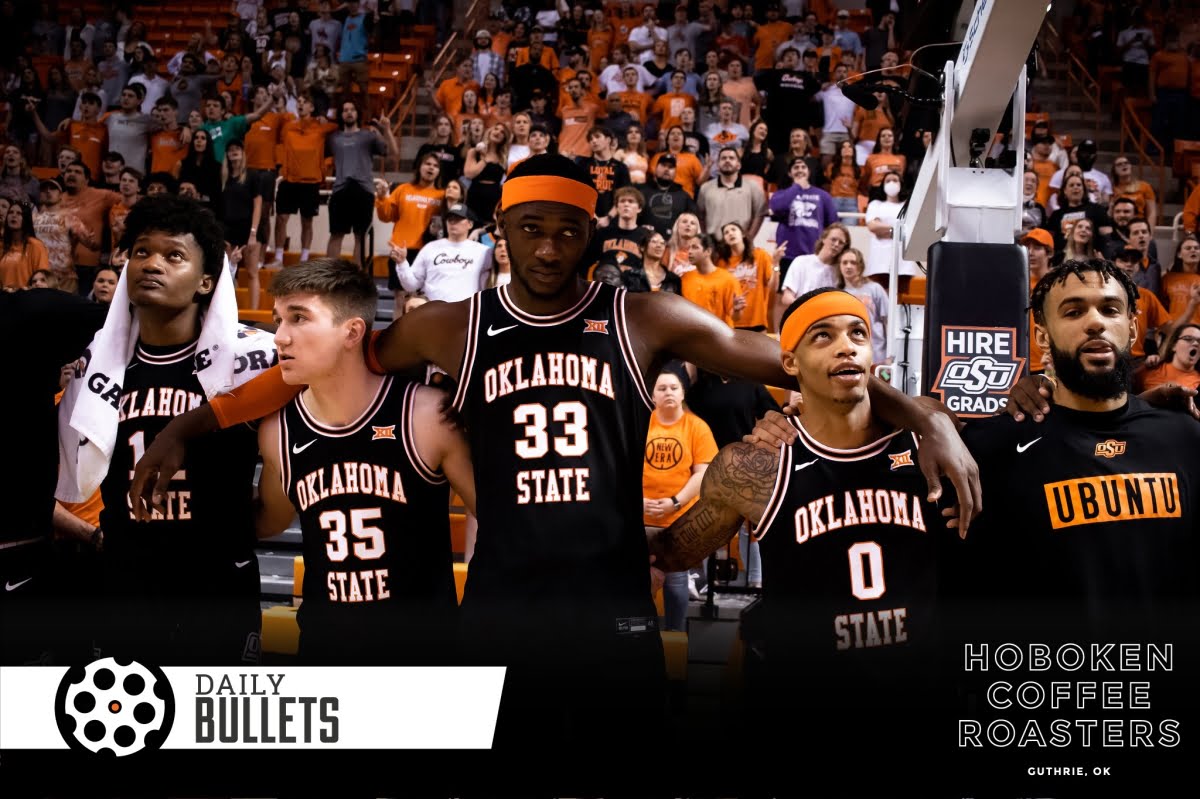 Happy birthday to Mrs. Bullets – the years are passing by with the quickness of a football season but I’m more grateful for them than a Bedlam win. Also, happy birthday to PFB founder Kyle Porter.

Men’s Golf: Pokes are T-3 through day one at the General Hackler
Women’s Tennis: Cowgirls 4, Kansas 1

• The Pokes are out (the only team charged in the FBI scandal that was deemed ineligible) but here’s some March Madness info for your office pools:
– See the bracket here
– A ranking of teams 1-68
– How to watch the Big 12 teams in the Big Dance
– Expert takes from a variety of sites (ESPN – 247 – Sports Illustrated)

• Not only is this a tough March for the Cowboy faithful – all the universities in Oklahoma are out of the picture:

A year ago, Oklahoma storylines centered on ORU’s shocking Sweet Sixteen achievement and whether the Cade Cunningham Cowboys might make a deep run.

This season, for the first time since 2012, there is no Oklahoma representation in the men’s tournament.

• This Cowgirl won the national title at 3,000 meters

• You might have wondered how Malcolm Rodriguez made all the tackles he did – the answer is by being the “angriest block-shedder” around.

• What an incredible way to honor Coach. It looks like it’ll be a “registered charity” soon – sounds like it’s done in some relationship with Coaches vs. Cancer.