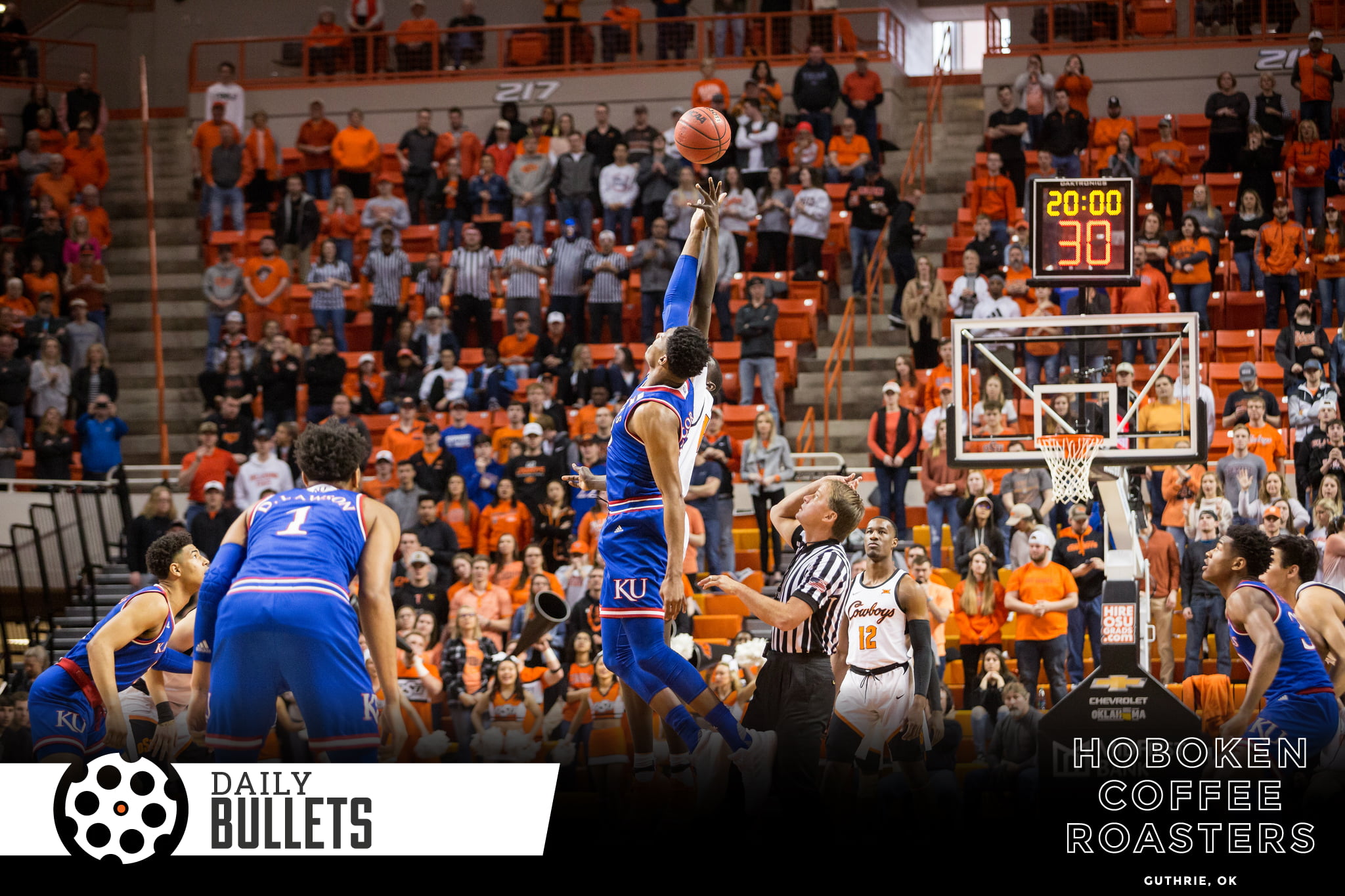 Good morning — I hope all of your children have adjusted to daylight savings time after a full week of it and are no longer going to sleep at 10 p.m. like mine.

• It’s been a full decade — A DECADE — since Oklahoma State won its last NCAA Tournament game.

It’s now 2019. Wednesday will mark 10 years since OSU defeated Tennessee 77-75 at University of Dayton Arena. Since that day, 121 teams have won an NCAA Tournament game. OSU isn’t one of them. It’s the longest streak for the program since it went to just one tournament — and lost in the first round — from 1966-90. [Tulsa World]

I knew this to be true, but it’s still gasp-out-loud worthy to see it written down.

• Andrew Heaney recently gave a Trackman (Trackpoke?) device to Oklahoma State to help its staff improve their pitching. Pretty cool stuff for somebody who didn’t pitch under Josh Holliday.

Heaney’s contribution, one of up to $30,000, speaks strongly of his connection with the program, given that he never played for the current coaching staff. The Marlins selected Heaney with the ninth overall pick in the 2012 MLB Draft. Four days afterward, Josh Holliday was introduced as the coach of his alma mater. [NewsOK]

• Goose wrote about Jelani Woods’ floor and ceiling this week.

A big part of Woods’ ceiling depends on how he progresses as a blocker. The Pokes will be without Britton Abbott and Sione Finefeuiaki who were their primary fullback/tight end hybrid options at the Cowboy Back spot due to their abilities as blockers. If the former quarterback wants to continue to see the field, he must be able to hold onto his blocks and not miss assignments. [PFB]

There’s a lot here, but the only thing I could think as I read that piece is this: I think Sean Gleeson is going to absolutely love him.

• The Tyreek stuff is pretty awful, and Jenni Carlson says the NFL should consider banning him if in fact he broke his 3-year-old’s arm.

If that’s what authorities determine Tyreek Hill did to his son, the Chiefs must release him and the NFL must look seriously at banning him from ever playing in the league again. If he broke his son’s arm as is alleged, he will be a repeat offender of extreme violence. [NewsOK]

• Berry Tramel on the (former) Oklahoma Joe’s? Sure.

• Speaking of Berry, this from him on writing online and making mistakes is terrific. It involves Mike Breen and some not-so-kind words he typed on NewsOK.

OSU went up 2-0 in their series on Saturday. We’ll have coverage from Allie P. on Sunday.

After the second pitch of the game, it was all #okstate as the Cowboys clinched a series win today. Recap, stats, highlights & photos from today's victory: https://t.co/1WMseTpo9r #GoPokes pic.twitter.com/jdv7selhcV

Marcus Smart is an animal. pic.twitter.com/p0XoJDIiDr

Rick hanging around at the Players this week. He’s 7 under and eight back going into the final round.

• Are you an Amazon or an Apple family?

• I just started this book by Cal Newport on digital minimalism (also the title). Pretty fired up about it.

• The problem of writing and money. An eye-opener.