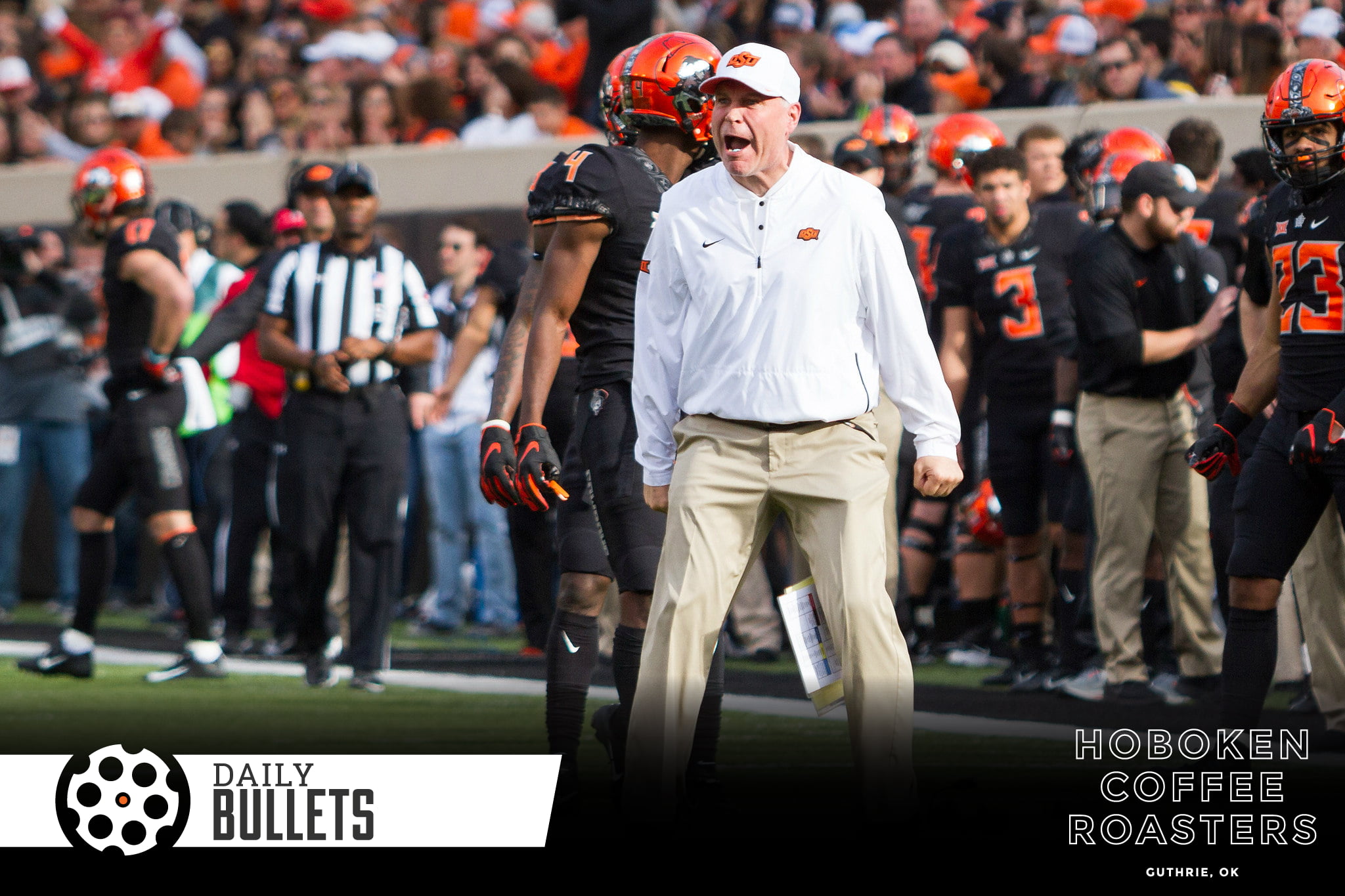 I’m getting giddy just thinking about all the games coming up this week. Here’s a printable bracket if you’re looking for one.

• Will Knowles’ step off the pedal in year two?
• Can the ice thaw on Likekele’s shot?
• Mike & Mike and what they bring

• SB: Cowgirls 5, Memphis 2
•  Pokes back -11 going into the final day at Valspar Collegiate

• As much as I can’t wait to watch a Boone-Anei frontcourt or watch Avery Anderson and Curtis Jones ignite the offense off the bench, I’m most interested to see how Isaac Likekele develops his game this offseason.

Perhaps the most game-changing development for next year’s team could be Likekele developing a more reliable jump shot. Likekele shot 25 3s this season and made only six of them. He doesn’t need to become a sharpshooter, but the threat of him being able to knock down jumpers would force defenses to play tighter on him at the perimeter, providing him more opportunities to get past defenders going toward the hoop.

It would also allow him to be better off the ball if Boynton wants to run him with incoming point guard Avery Anderson. [PFB]

This was a nugget hidden in a great forward-looking perspective concerning next season, take your time and learn more about what’s coming down the pike.

• One of the biggest storylines this fall will be around how Jim Knowles adapts in his second year.

Life in the Big 12 means defensive backs will give up big plays on occasion. Limiting those moments, and learning to handle them when they happen, is the key to survival.

“Big 12 offensive coordinators are willing to constantly seek the big play and take advantage of your weaknesses,” Knowles said. “We’ll be better this year. We had a couple things we did well, and everything else has got to improve.

“We gave up too many explosive plays. I expect that to be turned around this year.” [NewsOK]

Will the big plays given up last year cause Knowles to pull back the reigns on the aggressive defense, morphing ever so quickly back to a bend-don’t-break style?

• There are (at least) two strong forces at play in the OSU athletic department: Mike Boynton’s capacity to change a roster and Mike Gundy’s ability to mold a high-octane offense.

There’s a better chance of Mike Boynton going recruiting in Reeboks than there is of OSU huddling up on offense so Gleeson doesn’t have to worry about that. [PFB]

Bland is the son of Oklahoma State’s on campus recruiting coordinator Patsy Armstrong and has been a target of the Pokes since they moved to Oklahoma from San Diego last year. Bland’s listed at 6-2, 190-pounds and is a fast and physical receiver.

Even though he hasn’t received an offer yet, Bland upset some Cowboy fans by announcing his commitment to Princeton. [GoPokes]

Why the interviewer didn’t ask how Princeton’s offensive coordinator coming to Stillwater affects his decision is beyond me but it’s a fun coincidence nonetheless.

• Here’s a solid Big Dance preview as you refine your bracket.

• I won’t expand but this piece on Tyreek Hill and an NFL-ban by Jenni Carlson was spot on.

•  This faith-based book review looking at the idea of “waiting” was great – particularly the excerpt below that I need to read before getting in my truck every morning.

When we stop seeing people as an impediment to our productivity, we see them more as humans with stories and reasons for their own delay. This is utterly Christian, even if he doesn’t recognize it as such. [TGC]