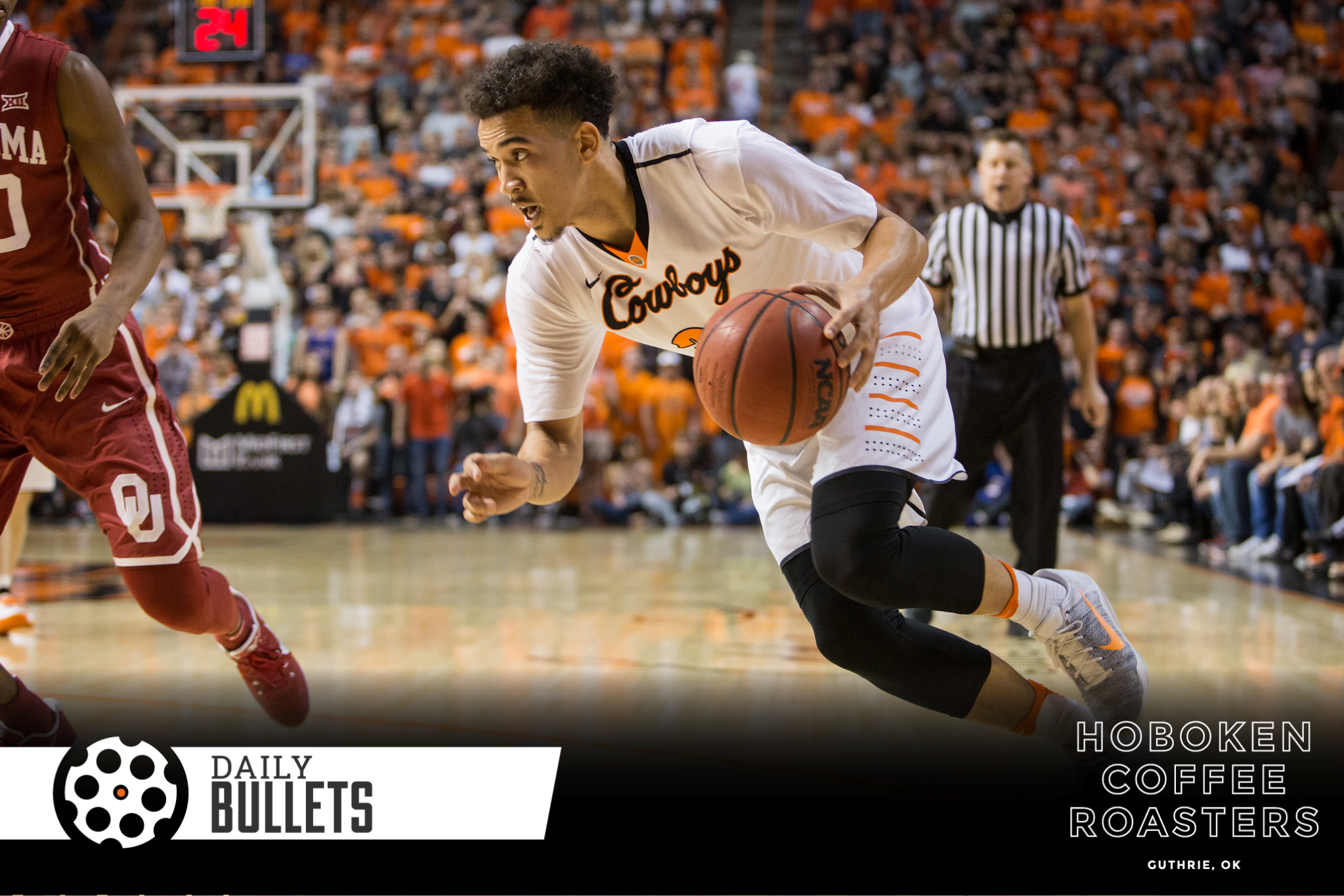 I can’t believe it hasn’t even been 10 days yet.

• Marshall Scott got Jeffrey Carroll on the phone to talk about coming back from Italy and what a big deal corona is over there,

• Good job here by the Oklahoman getting Blake Jarwin on why he’s giving back to folks in Stillwater affected by the coronavirus.

• I’m planning on also reviewing the Eddie film during the downtime we now have, but Berry talking about it was just great.

• There’s nobody better at film breakdowns than the Goose, and he’s convinced that Matt Polk is going to be a good one in Stillwater.

• Marshall Levenson has been doing profiles of OSU recruits that are informative and excellent. Here’s one on Bear Alexander.

• Guerin Emig says leadership at the schools we all cover and watch should be very visible and vocal in times like these. He’s right.

• Carson and I did a pod on OSU and corona here; we’re planning on doing a rewatchables of the OSU-St. Joe’s game at the beginning of next week. Also, here’s a thread on St. Joes’ awful uniforms.

@KOCOCarson Here's your answer on the brand of the St. Joe's unis. pic.twitter.com/Pxf0L8xyCR

• This is a good tweet that I wish I had thought of but I am glad we thought of.

• I finished Andrew Peterson’s new book this week and I’m now reading Bad Blood (which is spectacular and insane).

Gotta say NYT, Vox and the Atlantic have been really good on all of this. I have no idea if PFB readers identify with any of those sites, but that’s where I’ve been going for updates and news, and they have all been really good.

• The best-case and worst-case scenarios for the coronavirus in the U.S.

• I think this is maybe the best thing I’ve read on corona.

• Is the fight against corona worse than corona?