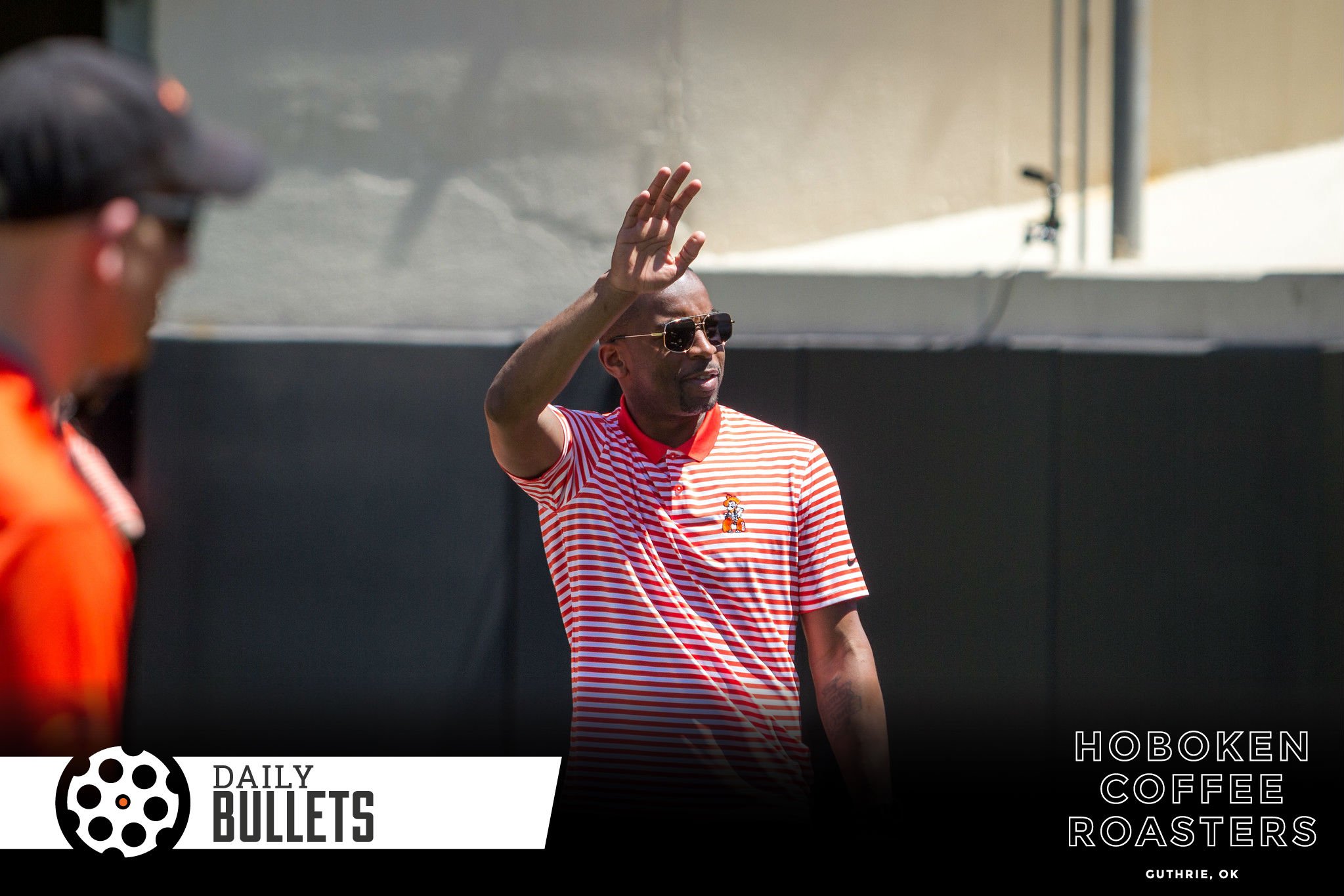 Loved this definition for “social distancing“.

• What’s your conclusion on Coach Mike Boynton at this point? We’ve arrived at the magic three-year number.

On National Signing Day for football athletes, while fans clamor to check recruiting rankings, a reasonable person might say, “Wait three years. After that, you’ll know what you have.”

I think he’s pretty good, and he was more than just pretty good while pulling OSU from a terrible January slump, but it’s currently impossible to know absolutely that Boynton is destined for a truly successful run in Stillwater. [TulsaWorld]

Two more years will give a more comprehensive picture and seems to make the most sense.

• You could argue this hit to OSU athletics was bigger than basketball being cut short: no baseball.

This “opening day” saw no roaring home crowd. No gleaming smiles from players geeked to be playing in it. No fireworks show after the first game was done. Win or lose, in those nine innings against TCU the entire Cowboy program was still going to be the overwhelming winner. But alas, it was another victim of a pandemic virus that won’t allow the remainder of this baseball season to take place. [D1Baseball.com]

• Porter and Carson talked with Coach Boynton on the pod yesterday – a good chance it’s the highlight of my Wednesday. If you’re not a podcast person, you’ll need to read this snipped where Boynton talks about Cade Cunningham

•  These March Madness memories were fun to reflect on.

These 8 #MarchMadnessMoments from the R64 Region and R32/S16 Region complete our Sweet 16!

Voting picks back up Thursday. pic.twitter.com/Tl9e1OCsMY

• Seth nailed it – this wrestling pic is awesome.

This might be the coolest picture ever. The 1929 #okstate wrestling team. pic.twitter.com/tMQlSRaghq

• These O’Colly photos of students moving out are wild – “remember when we evacuated campus freshman year?”

• Here was a fun OSU March – just a few years ago.

March 24, 2000 – on this date, 20 years ago, Desmond Mason led the way for Oklahoma State as the Cowboys beat Seton Hall 68-66 to punch their ticket to the Elite 8. pic.twitter.com/JCGTEtILWz