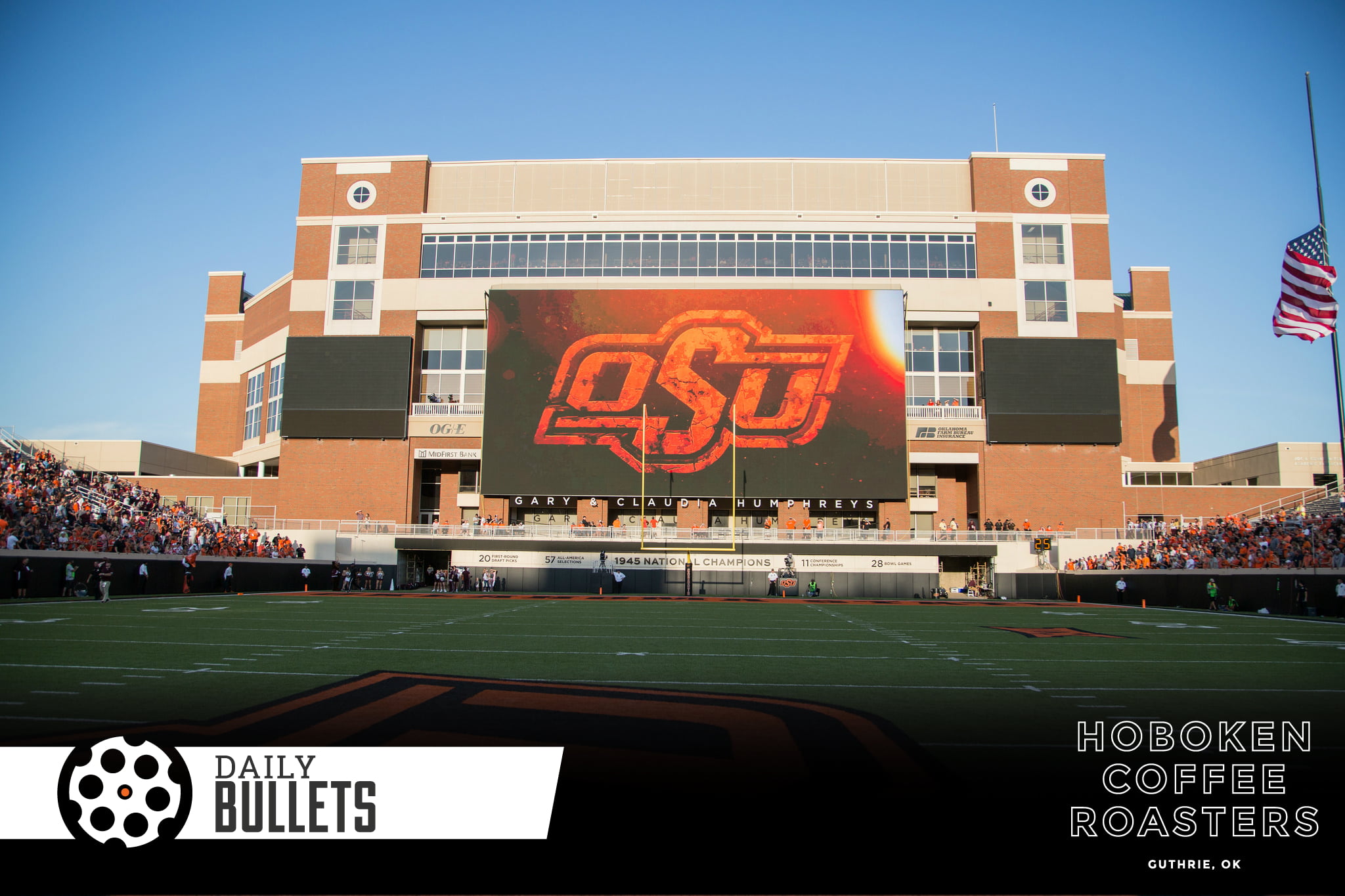 Seeing Sean Sutton be successful and how his path has taken a turn for the better is probably my favorite part of this NCAA tournament – congrats to Texas Tech on making it to Minneapolis.

• If Cowboy Football were a 2020 presidential candidate, who would a cultural outsider say OSU is?

Joe Biden
A lot of people love him. He’s really fun to watch. He’s generally considered successful and has managed to stay relevant for a long time despite never winning the biggest prize. He’s meme-friendly. But he’s blown some big leads and is also deeply problematic in his own ways. The former vice president is clearly Oklahoma State. [SB Nation]

While I don’t love hearing OSU is deeply problematic, this recent PFB piece says it all: it’s hard to imagine OSU climbing to the top shelf (outside of the 2011 stars again aligning) because of the roster composition.

But on the bright side, OSU is perceived as lovable, exciting, successful and relevant. That’s a team worth paying attention to.

• The big question about OSU’s defense is what in the heck are they going to do with all the turnover in the front seven. Mike Gundy shared some thoughts about his situation up front on the defensive line.

Whoever emerges as playmakers for the Cowboys’ defensive line, Gundy understands that he’s replacing a LOT of talent and experience up front.

“There will be some growing pains at that position,” said Gundy. “It’s just the way it is. But we’re hoping there will be enough of them getting in there and playing hard that they can create some disruptiveness and it will be good for our team.” [PFB]

It sounds like some combination of strength in numbers or throwing options at the problem and seeing what sticks. Either way – it’d be fun to see this young gun get a shot at fixing the problem.

Per his recent interview with PFB, it sounds like he was sold on early PT.

“Getting on the field early is my first goal. I just want to get up there, gain weight and learn because I really don’t know how to play. I’ve never had that level of coaching, so I’m ready to just learn what they have to teach me and get started.” [PFB]

• Not only have Bill Snyder and Mike Gundy proven they can win where most others haven’t, but now they’ll have done it with the same pairing of offensive and defensive line coaches.

One thing that has to help, just in organization and efficiency is the offensive line coach and defensive line coach run a lot of drills together and against each other. Work like inside drill, pass pro, and one-on-one work are done with those two groups and Dickey and part of the defensive line coaching tandem, Joe Bob Clements have worked together before at Kansas State. That helps. [GoPokes]

I’ve subtly felt like Gundy wants to become (or already is) the Bill Snyder of OSU. While Gundy winning at OSU isn’t on the same scale as K-State, it’s still very impressive. It’s interesting that Gundy has chosen to pull a pair of his old coaches when there’s no other Big 12 team he’s tapped (to my knowledge) for assistant coaches.

• This was such a fun game last night – the sequence to force OT was pretty crazy.

• These guys (plus whoever else Mike Boynton lands) will be a lot of fun to watch next year. This potential Arkansas-transfer sounds like another good option.

When your boys are so fired up for November they come up to GIA in March ?

• Disney has been making some moves lately, interesting to look at the big picture strategy