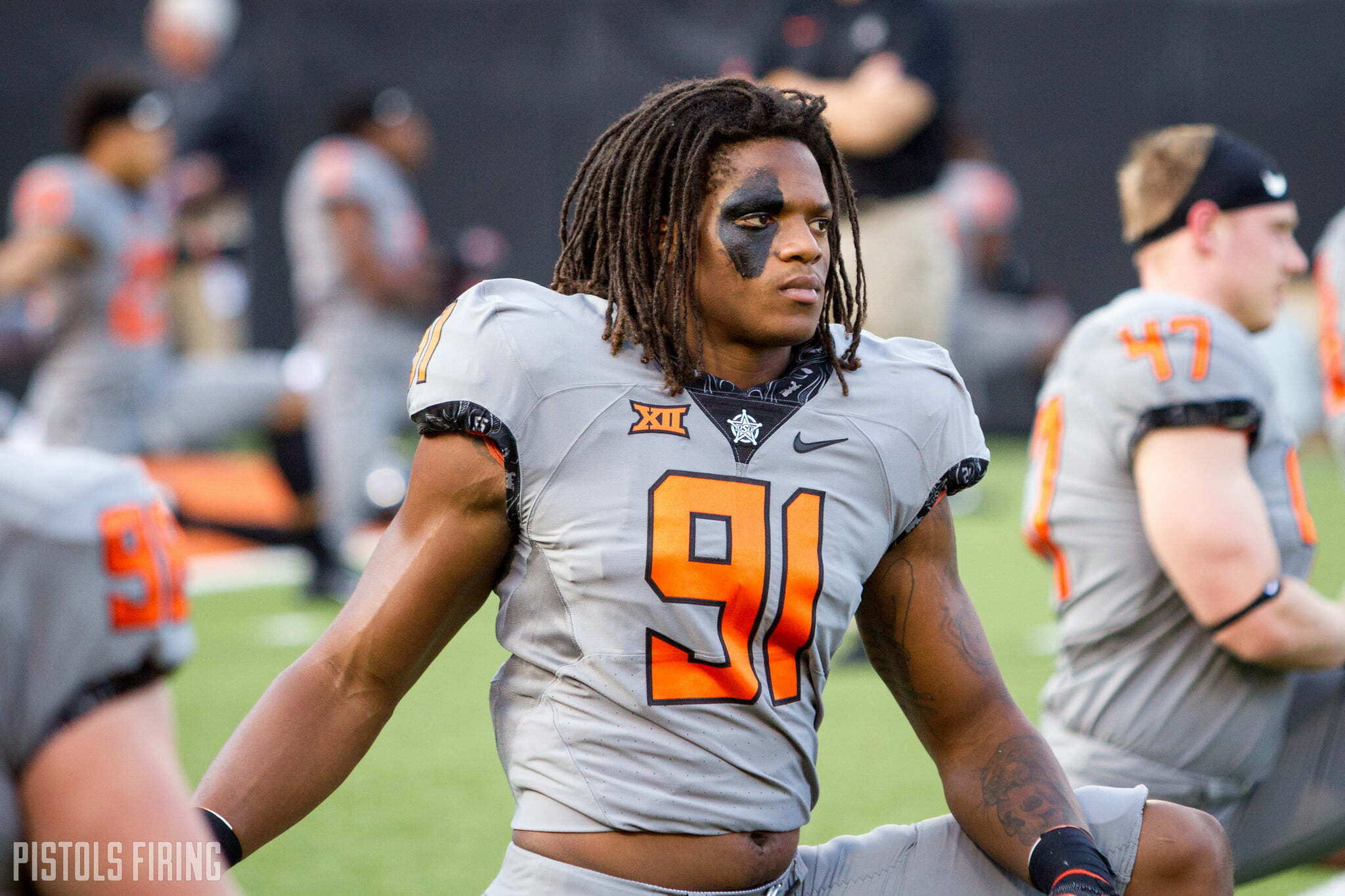 There are plenty of questions bouncing around inside Mike Gundy’s mullet-covered skull this spring, including who his next QB1 will be and how his team will respond to a first-year coordinator for the second consecutive season. But one of the more pressing concerns for Oklahoma State is its dearth of experience along the defensive line.

After saying goodbye to all six of their linemen with starting experience, DL coaches Joe Bob Clements and Greg Richmond will have their work cut out for them this spring and into fall camp. And that lack of experience means there are open jobs up and down the line and a slew of young, large bodies in the mix.

One of those bodies that could help in the middle is in-state product Israel Antwine who spent one year at Colorado after flipping his commitment from the Cowboys to the Buffs late in the signing period.

The former Millwood star started all but one game for CU in 2018 and can play at either the tackle or end position. It looks like OSU will play him on the inside, but his versatility and athleticism could be huge for a group that lost starters Darrion Daniels, Enoch Smith Jr and Trey Carter from a year ago.

“He’s doing good,” said Gundy of Antwine’s spring so far. “He played 450 plays last year in the Pac-12. The game’s the same for him somewhat. His terminology, the language he has to learn will be a little different. But once the ball’s snapped, he lived in that world for 400 and something plays so his transition should be a little smoother.”

After saying goodbye to its two top sack leaders in Jordan Brailford and Jarrell Owens, as well as multi-year starter Cole Walterscheid, the defensive end spot is also looking pretty bare in terms of returning production. Those three combined for 68 career starts and 44 percent of OSU’s Big 12-leading 39 sacks in 2018.

The two leading candidates to step in are redshirt sophomore Brock Martin and redshirt senior Mike Scott. The former junior college transfer, Scott, leads all returning Cowboys with his three sacks in 2018.

Jim Knowles talked about that duo at the beginning of spring camp and his high expectations for both this fall.

“I think we can be dynamic with Brock Martin and Mike Scott kind of taking over for Jordan (Brailford),” said Knowles. “I think those two guys together will be dynamic, and (we have) a lot of good young players coming up inside, but they’re going to have to prove themselves.”

Whoever emerges as playmakers for the Cowboys’ defensive line, Gundy understands that he’s replacing a LOT of talent and experience up front.

“There will be some growing pains at that position,” said Gundy. “It’s just the way it is. But we’re hoping there will be enough of them getting in there and playing hard that they can create some disruptiveness and it will be good for our team.”