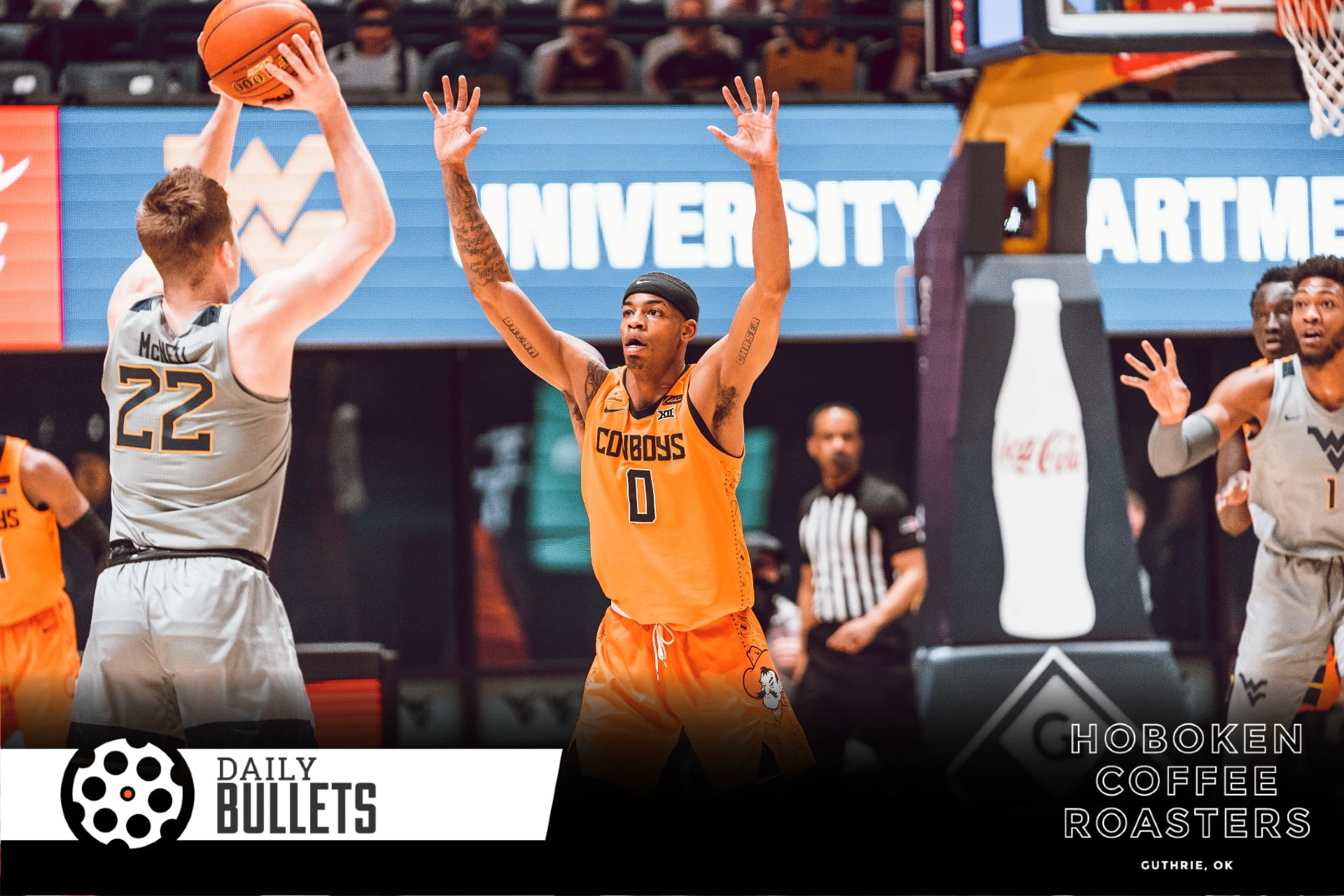 • ICYMI – Cowboy sophomore Avery Anderson declared for the NBA Draft over the weekend. Key nugget: he’s not hiring an agent, leaves him the possibility to return for his (second) sophomore season

• Fun trivia piece – OU’s new coach, Porter Moser, was the head coach at UA-Little Rock who played the Cowboys when they broke in the new Gallagher-Iba Arena

• I don’t think it happens but this take on how Sean Sutton could end up with another head coaching job would be a feel-good story for the Cowboy faithful.

Personally, I’d go be an assistant under Beard at Texas.

• Viktor Hovland has 33-1 odds for the Masters

• This tweet over the weekend caught me off guard – Eddie was at the Final Four: