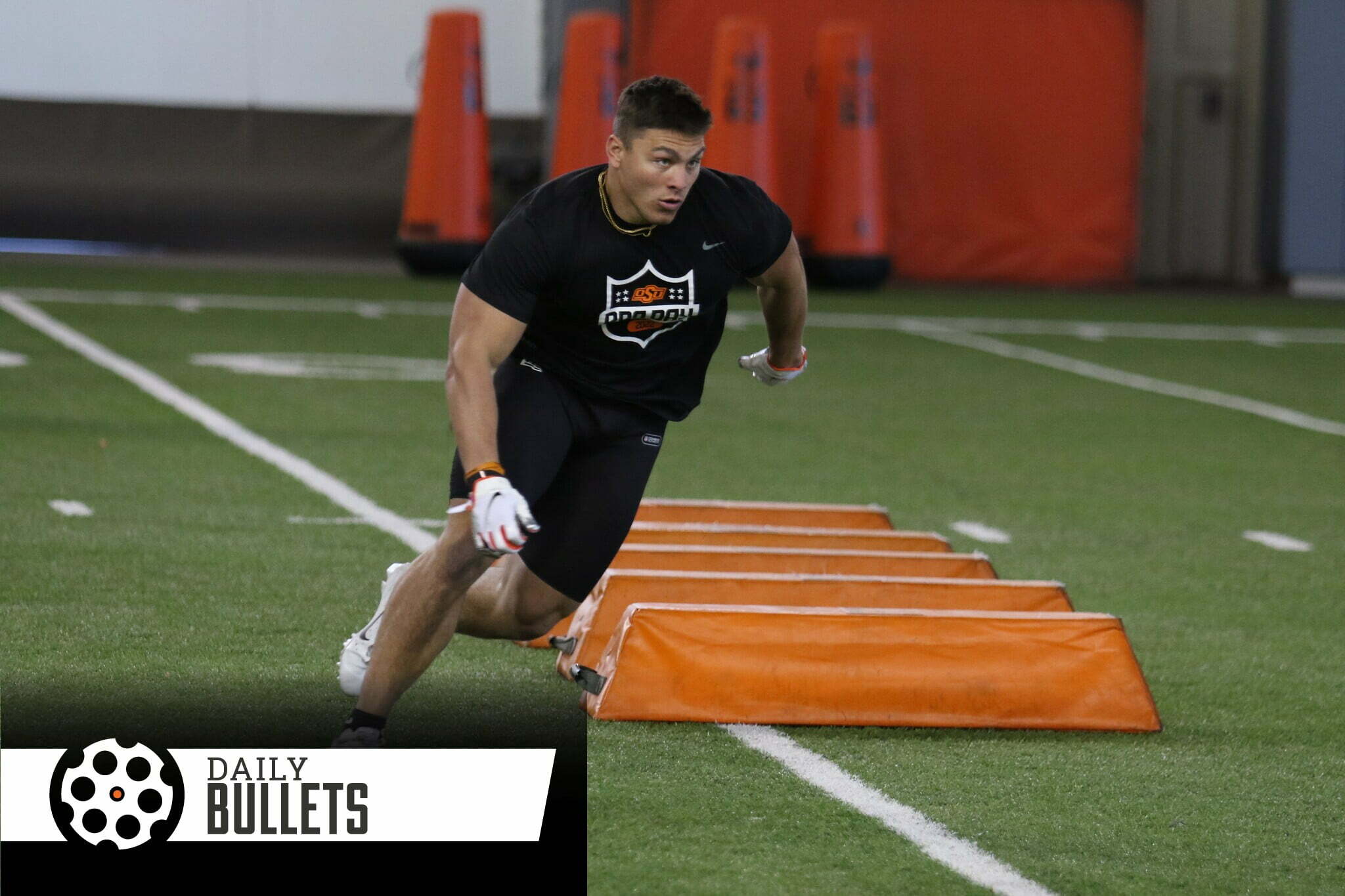 Three Cowboys heard their names called from the stage of the NFL Draft in Vegas:

• The Cowboys thumped the Longhorns 14-3 to clinch a series win in Austin on Saturday.[PFB]

When you know, you know. The Cowboys thumped the Longhorns on Saturday.

• Haven’t confirmed, but weird if true.