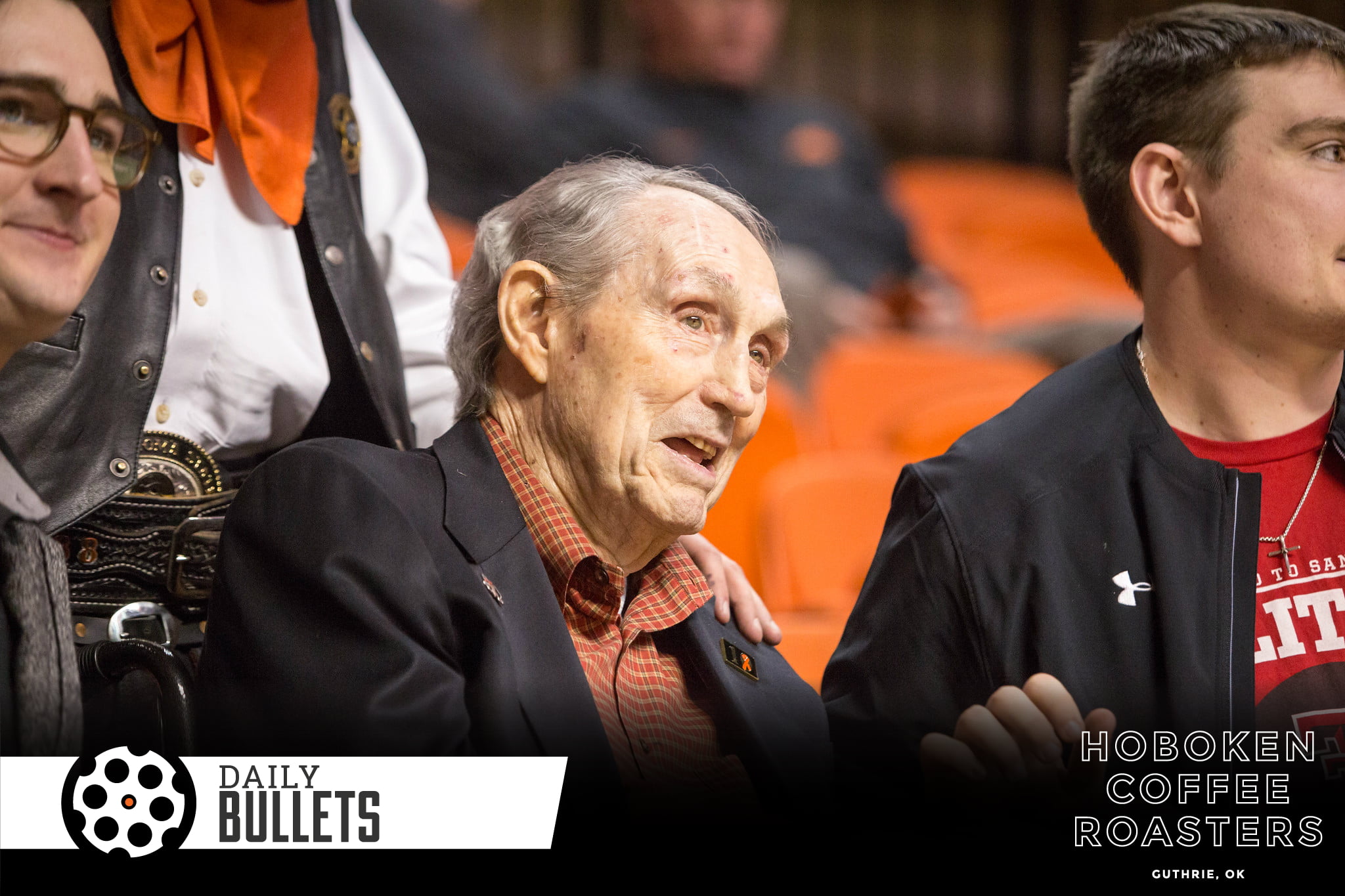 “If you have an idea that you genuinely think is good, don’t let some idiot talk you out of it.” – Stan Lee

• Seth Duckworth reported on a very surprising yet high profile set of hall of fame snubs earlier this week.

There’s another hall of fame discussion that receives little attention and may be similarly deserving of the criticism the hoop hall receives for its snub of Sutton.

Athletes like Kevin Durant, Wayman Tisdale, and Russell Westbrook, coaches Barry Switzer, Henry Iba, and Darrell Royal, gymnasts Bart Conner and Shannon Miller, and many others have made the Oklahoma Hall of Fame. Even David Boren (cringe) is a member. [PFB]

How. In. The. World. I’m all for getting Eddie into Springfield but I’m not sure how there are zero wrestlers.

“What in the wide, wide world of sports is a goin’ on here?”
Great reporting Seth…
Wrestling allows Oklahoma to lay claim to more Olympic Gold Medals than over 100 countries and allows the state to claim more NCAA championships than any state that’s comparable in population. https://t.co/N3EaN47yqs

• The University of Arkansas announced a pretty cool honor for Eddie yesterday.

The University of Arkansas Board of Trustees approved naming the men’s basketball team’s practice gym after former coach Eddie Sutton at their May meeting Thursday in Little Rock.

The gym, located inside the Razorbacks’ Basketball Performance Center, will be known as the Eddie Sutton Men’s Basketball Practice Gym.

It’s not as impressive as naming your court after him… but it’s a great gesture. I can’t believe he was in Arkansas for 11 years!

• When Cowgirl Samantha Show shut down the Seminoles last night, you could see why Kenny Gajewski brought in her in this year.

“We needed somebody that could walk out front and say, ‘We’re about to go to war, and you’ve got to get through me first,’” Cowgirl coach Kenny Gajewski said. “We just needed some toughness here.”

When he heard (Show) was transferring from Texas A&M last summer, he was immediately interested. He needed an arm; she is a great one. He wanted a pitcher who could hit; she definitely can. And he loved her fiery demeanor. [NewsOK]

What a fascinating comment – a fiery leader that’s the face of the team drawing the ire of opponents. I’d be fascinated to think about who that has been for Cowboy Football over the years.

In terms of a 1-yr impact player, @SamanthaShow03 is reminding me of @OSUBaseball's Lamont Matthews. He batted .384/30/105 to lead OSU to the 1999 #CWS. Show's performance tonight was elite and we will see if she can lead @CowgirlSB to the #WCWS #okstate #GoPokes #FTG pic.twitter.com/RD1IzRyjbQ

•  Easily one of the better photobombs I’ve seen:

• This is how all productive conversations start – but an ESPN personality asked what team you would want to be kicked out of your conference and the replies were incredibly unified… Baylor.

If you had the power to kick one school out of your favorite team’s league, which team would you choose?

• Ways to break up the horror of the “same old thing”

• Food for thought in “why bad things happen to good decisions”

I can’t stop watching this – NBA fans will get a kick out of this guy imitating Steph Curry.