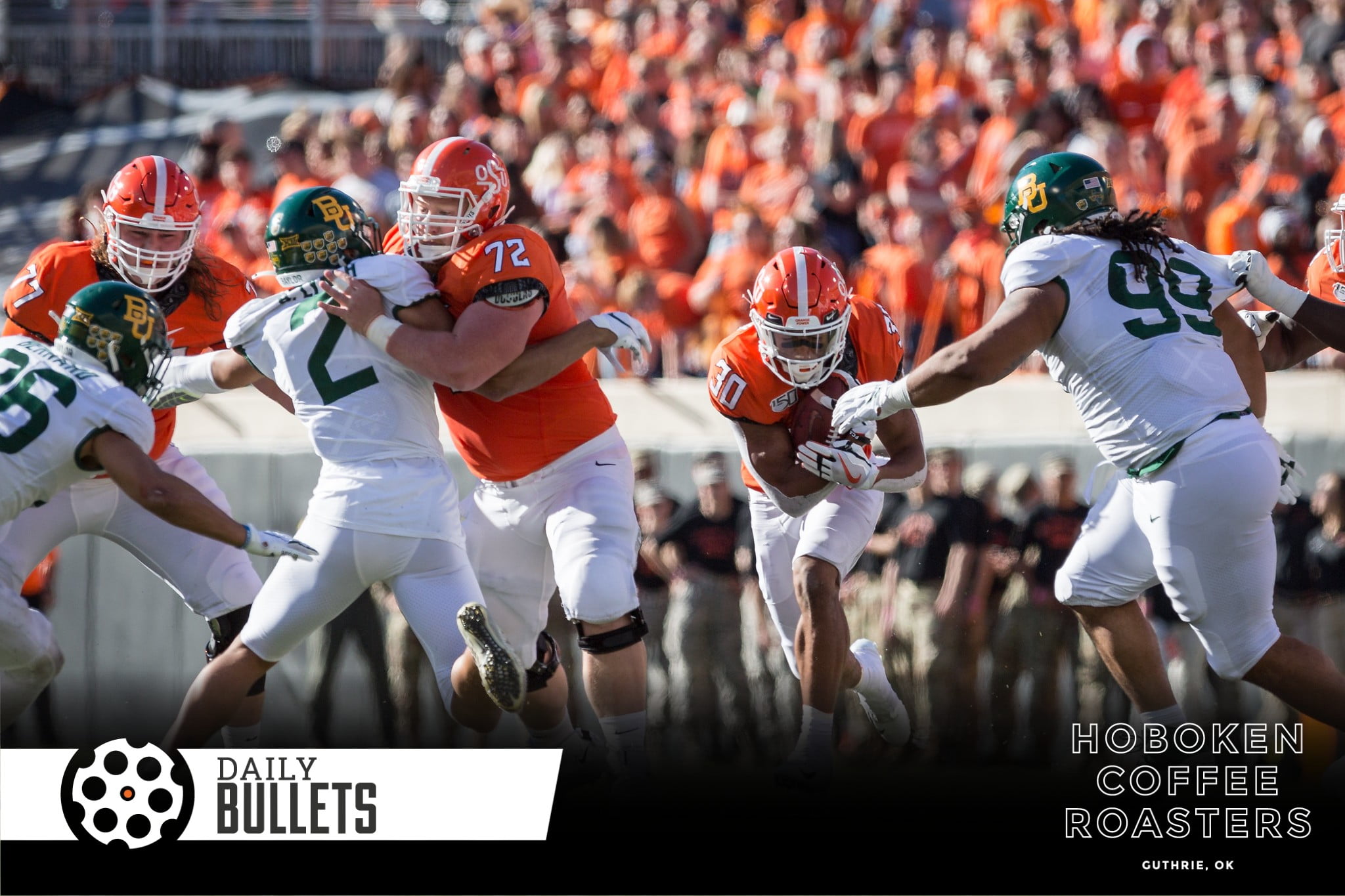 • Today, OSU shows down with two SEC powers for a four-star guard prospect from the Houston area.

The Houston North Shore product has been high on Oklahoma State from the jump but the recent offer from Auburn may have thrown a wrench into OSU’s plans to pull one of the best offensive guard prospects from the state. [PFB]

• You’ve heard this statistic in a number of ways – OSU’s irrelevance between Hank Iba and Eddie Sutton – here it is from a presidential perspective.

The John Kennedy, Lyndon Johnson, Richard Nixon, Gerald Ford and Jimmy Carter presidencies began and ended without the Cowboys having played a single game as a ranked basketball team. [TulsaWorld]

• Cowboy Baseball had an All-American in their shortened season

• Click below for a fun trip down memory lane with Eddie’s teams:

Eddie Sutton racked up 8⃣0⃣6⃣ wins and 3⃣ Final Fours, but his biggest accomplishment was restoring pride in Cowboy basketball.#LetsWork I #GoPokes pic.twitter.com/X4FIvIfEcw

• Can you imagine how much fun a World Cup-NBA playoffs would be?
• I enjoyed Boone’s latest NBA mock draft on CBS
• The Bradley Beal-for-James Harden trade was revisited