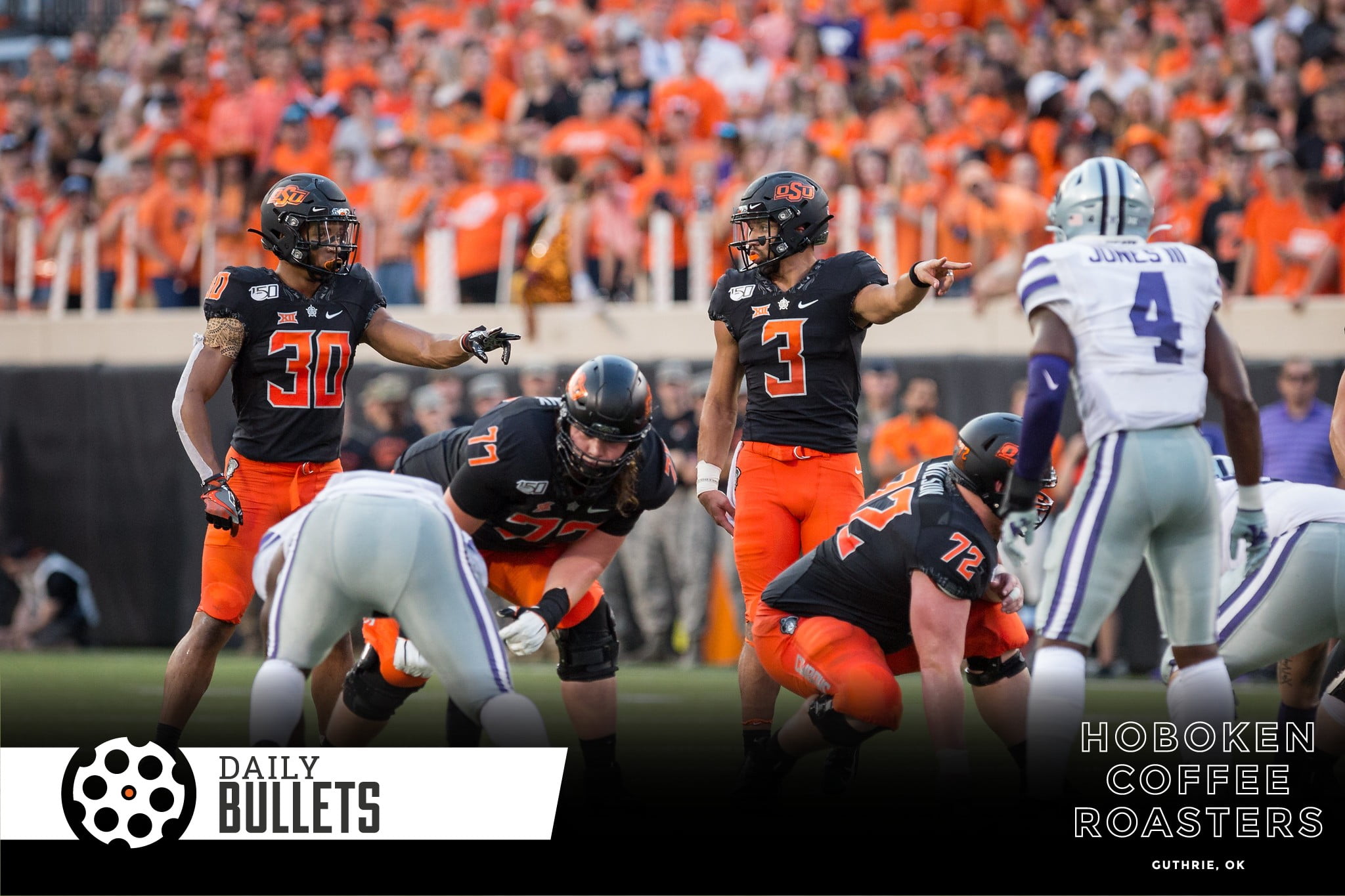 • Mike Gundy’s Cowboys will figure out how good they are quickly this fall when they open conference play on the road against TCU.

Just like Gundy and (Lincoln) Riley have invested lifetimes in learning and coaching offensive football, (Gary) Patterson has done the same with defense. He’ll remember what (Chuba) Hubbard did last season, and his Oct. 3 response will be to load up against the Cowboys run game and challenge quarterback Spencer Sanders to make plays downfield. [TulsaWorld]

• Cowgirl Jaci Jones was awarded Big 12 Sportsperson of the Year

• CBS Sports has Mike Gundy as the No. 2 head coach in Big 12 football – I like that take.

Tom Herman has a low-key hot seat (win 7 and he’s probably gone) and Matt Campbell could be the Les Miles of the Iowa State program except he’s not coming near Les’ Cotton Bowl he led the Pokes to.

• TCU is looking at limiting attendance this season for football games (25 to 50 percent of 50,000 person capacity)

• Cheez-It Bowl has upgraded from the desert to Disney:

• Show is a Cowgirl Softball legend – she made non-softball fans interested. Co

My legacy.. makes me laugh most of the time😂 it’s more than “bat flipping” it’s being true to myself💅🏻, unapologetic 💁🏼‍♀️ and most importantly HAPPY👑 https://t.co/th27slGHwM

There are 3 primary drivers of results in life:
1) Your luck (randomness).
2) Your strategy (choices).
3) Your actions (habits).

Only 2 of the 3 are under your control. But if you master those 2, you can improve the odds that luck will work for you rather than against you. luck (randomness).