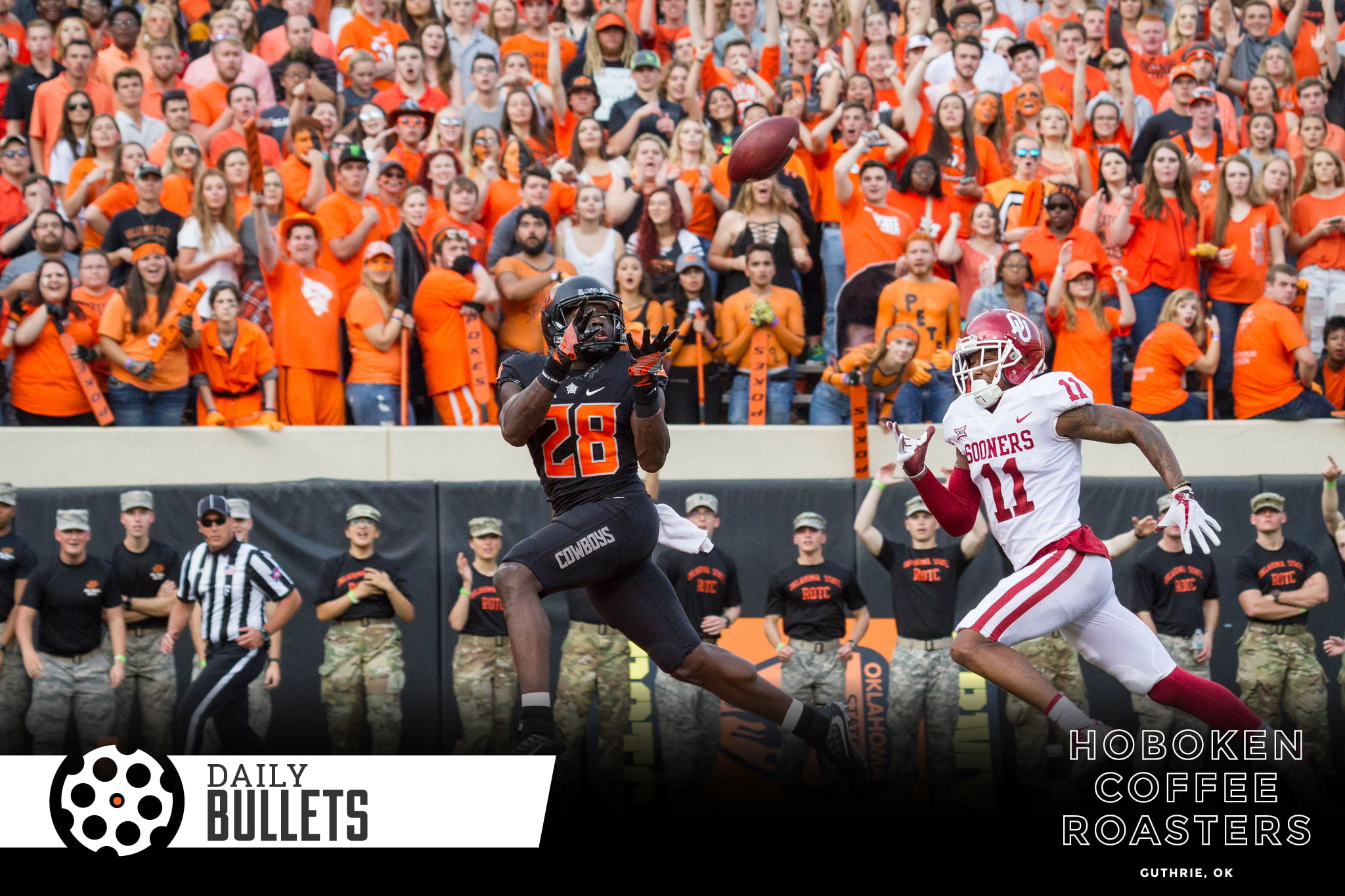 • Most Viewed of the Week (No. 1): Several Pokes Sign Deals Going Undrafted

It seems like the best bet this year is Tyron Johnson hanging on with the Houston Texans just on sheer talent alone. I wouldn’t write off a quality player like Justin Phillips not making it in Dallas – he could find a special teams spot and hang around with his solid tackling.

A unique thing about OSU is that, outside of QBs, the kinds of guys OSU recruits are those overlooked. OSU’s a little bit of a Moneyball program that feeds off of the undervalued and overlooked. Athletic freaks rack up stars on the recruiting sites and OSU gobbles up system and culture fits.

That played out this year with OSU producing two high performing players with phenomenal statistics and terrific outputs but qualities that caused them to be overlooked. An undersized running back and a productive pass rusher that’s too small to play defensive end and too slow to play linebacker in the pros.

• Most Viewed of the Week (No. 3): Steelers’ Coach has High Expectations for James Washington

When you take a player in the top two rounds, you expect starter level production – now or in the near future. Specific to James Washington’s situation with the Steelers, it’s easy to see the Steelers wanted a player who’s ready to do more work and performing and less talk (i.e. Leveon Bell and Antonio Brown).

Washington, assuming he can win over Big Ben’s favor, will have an opportunity to not only produce but to be a fresh air with his quiet presence on the field.

• Most Viewed of the Week (No. 4): Offensive Line Update after Spring Ball

The biggest change between the offensive line now and three years ago is primarily in the second unit. The Pokes have been able to piecemeal a starting unit together for better or worse but if anything happens to that top – the run game dies a slow and painful death.

Josh Henson built the depth chart and it’ll be up to Charlie Dickey to paint a masterpiece with it.

• Most Viewed of the Week (No. 5): Projecting Offensive Starters after Spring

Something that struck me was that four of the first five projected starters in this article were four-star recruits (Sanders, Hubbard, Wallace, and CJ Moore). If Chuba Hubbard and Tylan Wallace produce as they’re projected, talented players in Moore and Deondrick Glass will be waiting in the wings. It’s fun to see OSU wrought with talent at the skill positions.

• Asking great questions seems like a good investment of time

• The many human errors that brought down the Boeing 737 Max