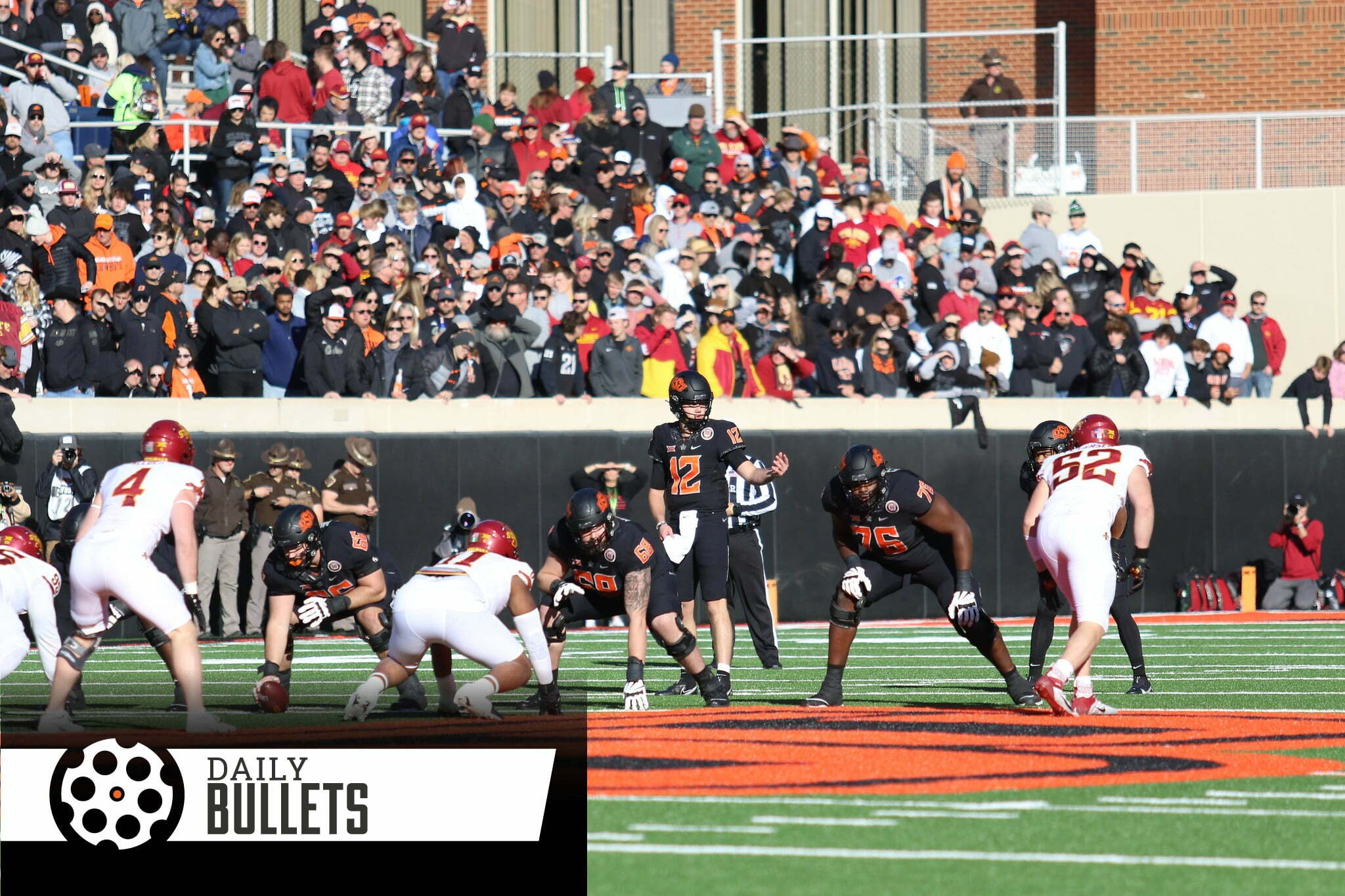 • Mike Gundy landed a commitment from a 2023 offensive lineman yesterday

• Mike Gundy opened up about his relationship with his younger brother at this week’s presser – pretty insightful in getting to know the older, more introverted Gundy:

“Cale is very emotional. He has a huge heart,” Mike said. “He likes everybody. He pours himself out to people. I’m not that way. I have very few friends. I’m not an outgoing people person. I would rather be somewhere by myself watching something or doing something to occupy my time, just not with lots of people. We’re complete opposites in that area.”

• Fun to see OSU in this light – schools like West Virginia expect to be the Pokes:

• Pretty impressive TV numbers from the Cowboys – four of the top seven games not involving teams leaving the Big 12/Pac-12 involve the Cowboys: