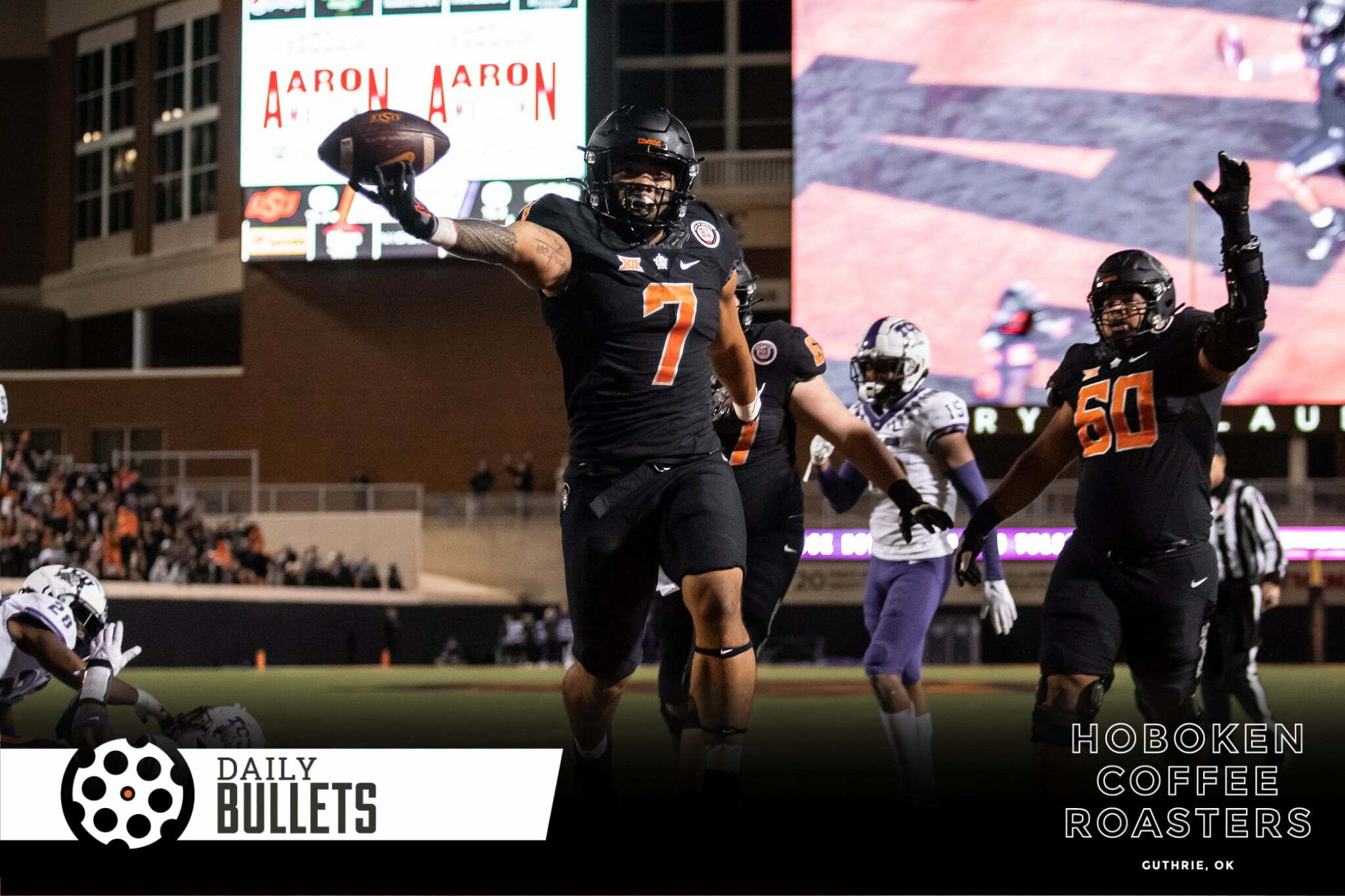 • As I saddle up for the trip to Lubbock tomorrow morning, this comment on worries about OSU Football resonated:

The fact is if you are an OSU fanatic approaching either of the Cowboys’ two remaining games with worry, you are doing so based strictly on the past.

• The TulsaWorld columnist digs into what’s possible this weekend for OSU to bump up in the CFP rankings (both now and eventually) – one of his best points: don’t worry about two teams from the Big Ten, that herd will thin out by nature of multiple games between them

• Cowboy Football is surging at the right time – pointed out in this piece, the ability to rally back in Austin was a key turning point

• The prospect off adding Tre Sterling (who had 12 tackles for loss last season) back to this already dominant defense is a scary notion for opponents:

“He’s such a heady player,” Knowles said. “He has great leadership. So having him around is a big plus…if we can get him back with his game legs under him, he’ll help us down the stretch.”

• Fun memory here for the Cowboy faithful – what a catch by Marcell Ateman: