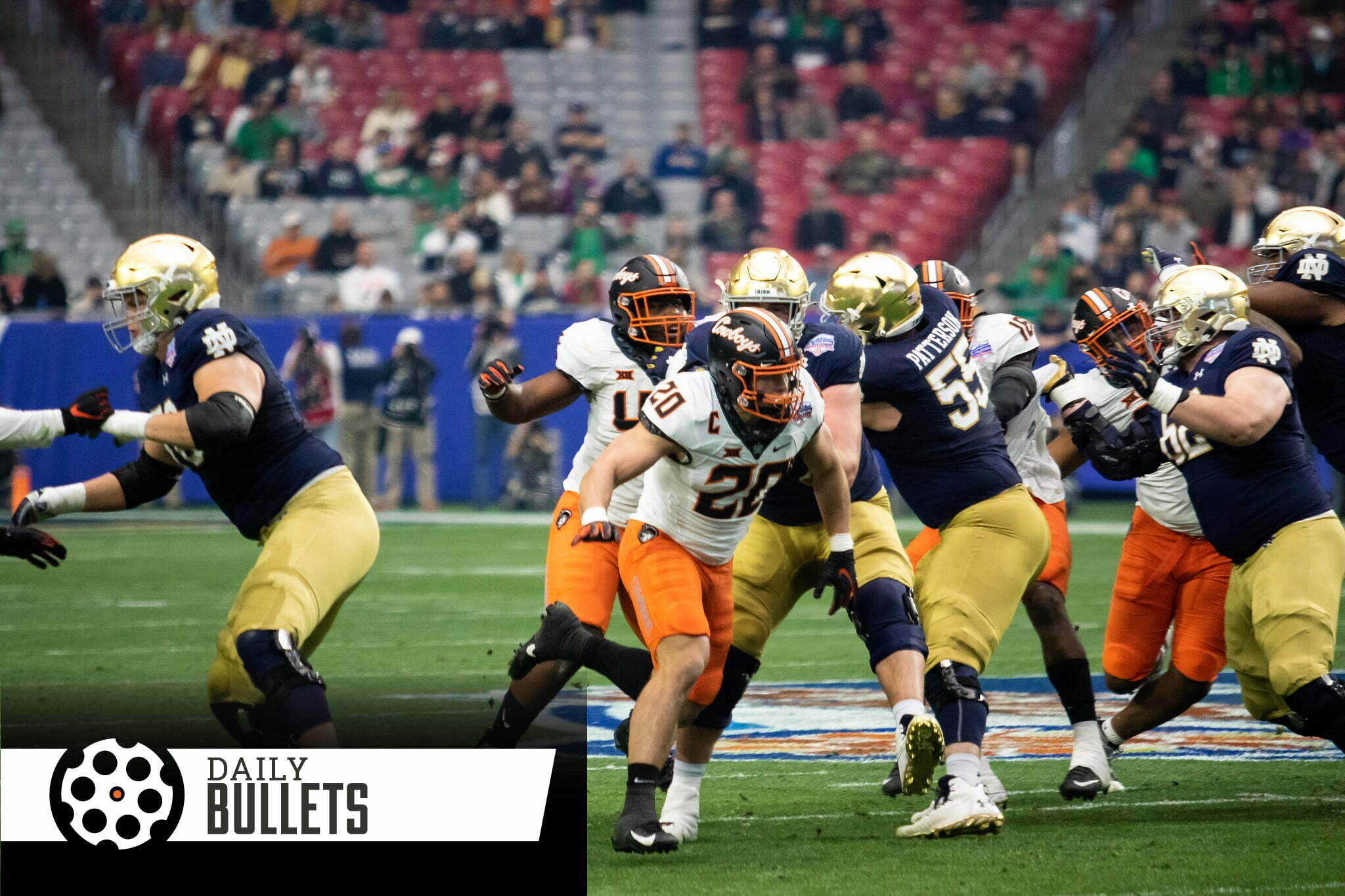 • If you’re looking for a reason to be grateful for Mike Gundy, here are a few:

I know, I know, he can’t be Oklahoma (3-15). But Mike Gundy has seven ten-win seasons during his time in Stillwater. OSU had three of those prior to his arrival dating back to 1899. In his 18 seasons, the Pokes have seven. His 17 bowl appearances are one more than the Cowboys had in program history (16) before he became head coach.

• Malcolm Rodriguez returned from injury last week to help the Lions move past the Giants – unfortunately, his Lions lost on Thanksgiving Day. He finished tied for third on the team with six tackles and a tipped pass that saved his team at least three points:

Looked pretty sharp doing it too:

• Projecting how the last game of the season will go, it’s pretty reasonable to assume Spencer Sanders will play well:

If Sanders has three healthy receivers to throw to, and a couple running backs to hand off to, it should be enough against a defense that allows a Big 12 Conference-high 34 points per game.

• Playing Arkansas in the Texas Bowl would be a fun matchup

A favorite clip (faith-based), what I’m grateful for: