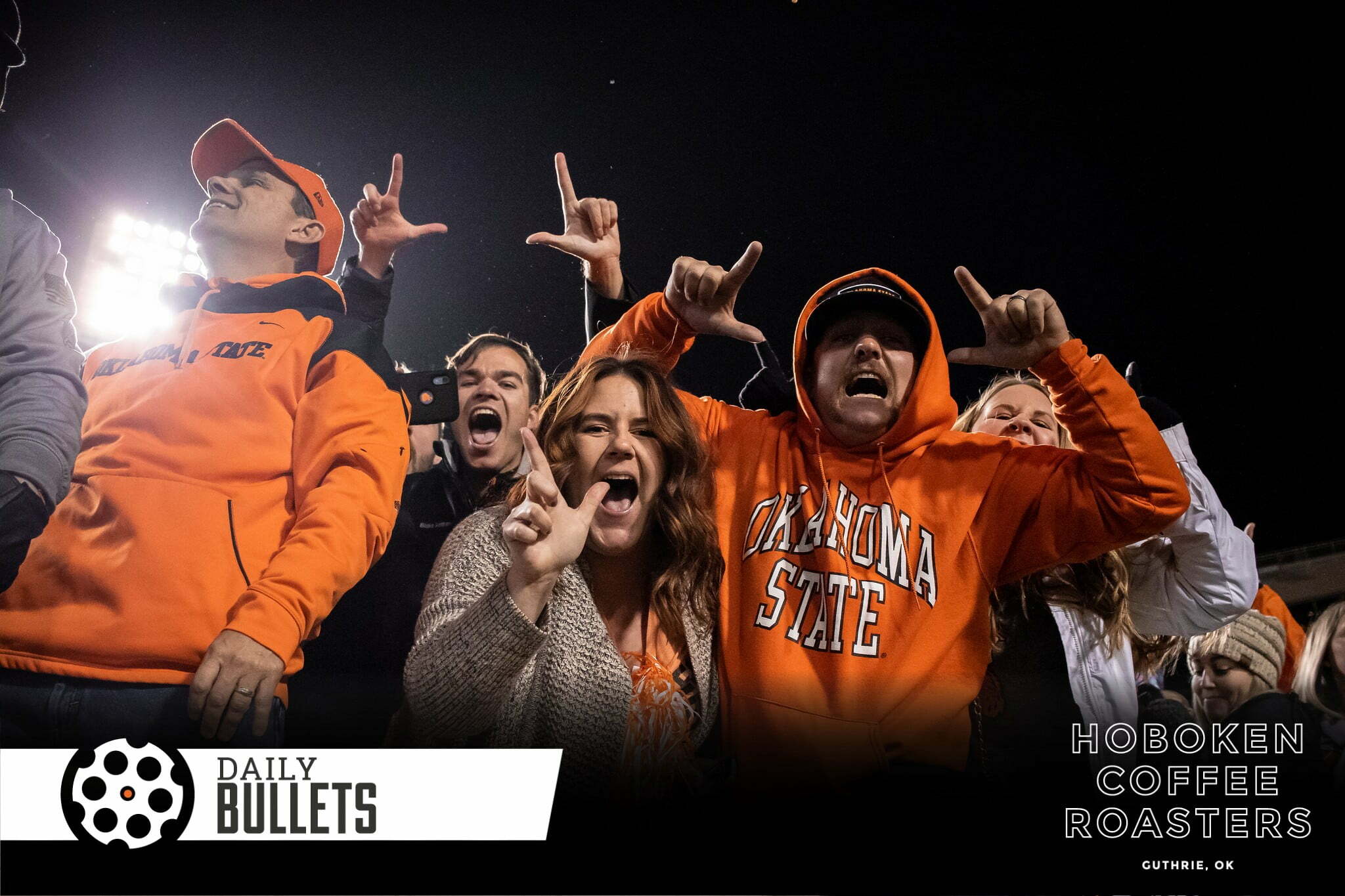 Bedlam got weird, which normally makes for an ill outcome for OSU. But the Cowboys found a way to win, box the Sooners out of the Big 12 title game and keep their own playoff hopes very much alive. That is a sentence I thought I’d never type.

• If you know, you know. And that means you’ve already read Marshall’s 10 Thoughts. But if you know and you’ve been too high off of a Bedlam win to focus for that long until now, here they are. [PFB]

• Do yourself a favor and relive the Dave Hunziker call, the scene after and highlights from the win. [PFB]

• Crushed Sooner dreams after getting eliminated from the Big 12 championship game after six-straight titles. [Tulsa World]