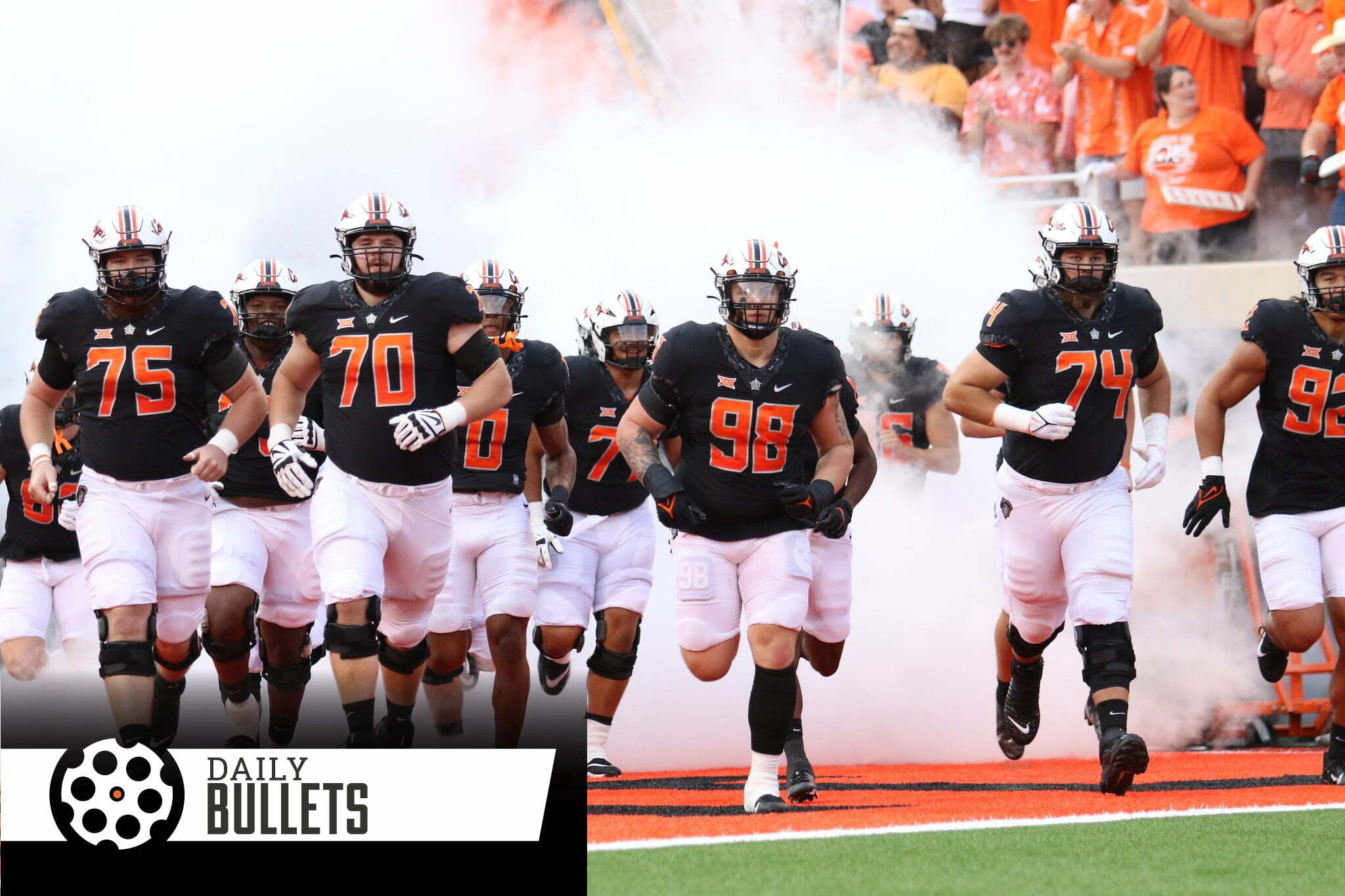 • Baylor vs. OSU is easily the Big 12 game of the week – Vegas the game darn near evenly-matched, favoring the Bears on the road. But there’s a natural reason to favor the Bears: history.

Oklahoma State at Baylor: Baylor is 21-5 at home in the last five years, and two of the defeats were against the pandemic-ravaged 2020 team. That year was OSU’s only win in Waco since 2009.

• Compiled a handful of predictions for today’s game:
– The PFB guys made predictions
– Six of the seven national guys for CBS Sports went Bears, Tom Fornelli explains here why he went Pokes
– Couple of 247 guys were split down the middle
– Berry Tramel went Bears – citing the Pokes have only won once in Waco since 2009

• The Pokes have one-heck-of-a schedule in front of them.

It has been predictably all-or-nothing thus far, but a meat grinder of a Big 12 schedule — every remaining opponent ranks 52nd or better in SP+ — will punish the Cowboys if they can’t tamp down the “alls.”

• Not much is out there on the third son of Gundy – but this profile does a great job and highlights one important intangible on Gage Gundy:

“Gage is just one of those kids, he just has ‘it,’ you know?” said Derek Rasmussen, Gundy’s 7-on-7 football coach who trained him in the summer. “That ‘it’ factor.”

• How will the 295 pound center Preston Wilson hold up against 358 pound nose tackle Siaki Ika? Could be trouble if it looks like this:

• No. 1 Paul Finebaum says nobody cares about Bedlam

• No. 2 Best of Social Media from OSU’s Bye Week

• No. 3 Three Things Baylor’s Coach had to say about the Pokes

• No. 5 Three Burning Questions ahead of Baylor Game

Berry Tramel highlights a wrinkle in realignment talk – how the Big 12 appears to be a solid fit with streaming options:

That could prompt Amazon and/or Apple to jump into college football, which would potentially benefit both the Big 12 and the Pac-12. The more entities bidding for their ballgames, the higher the price tag.