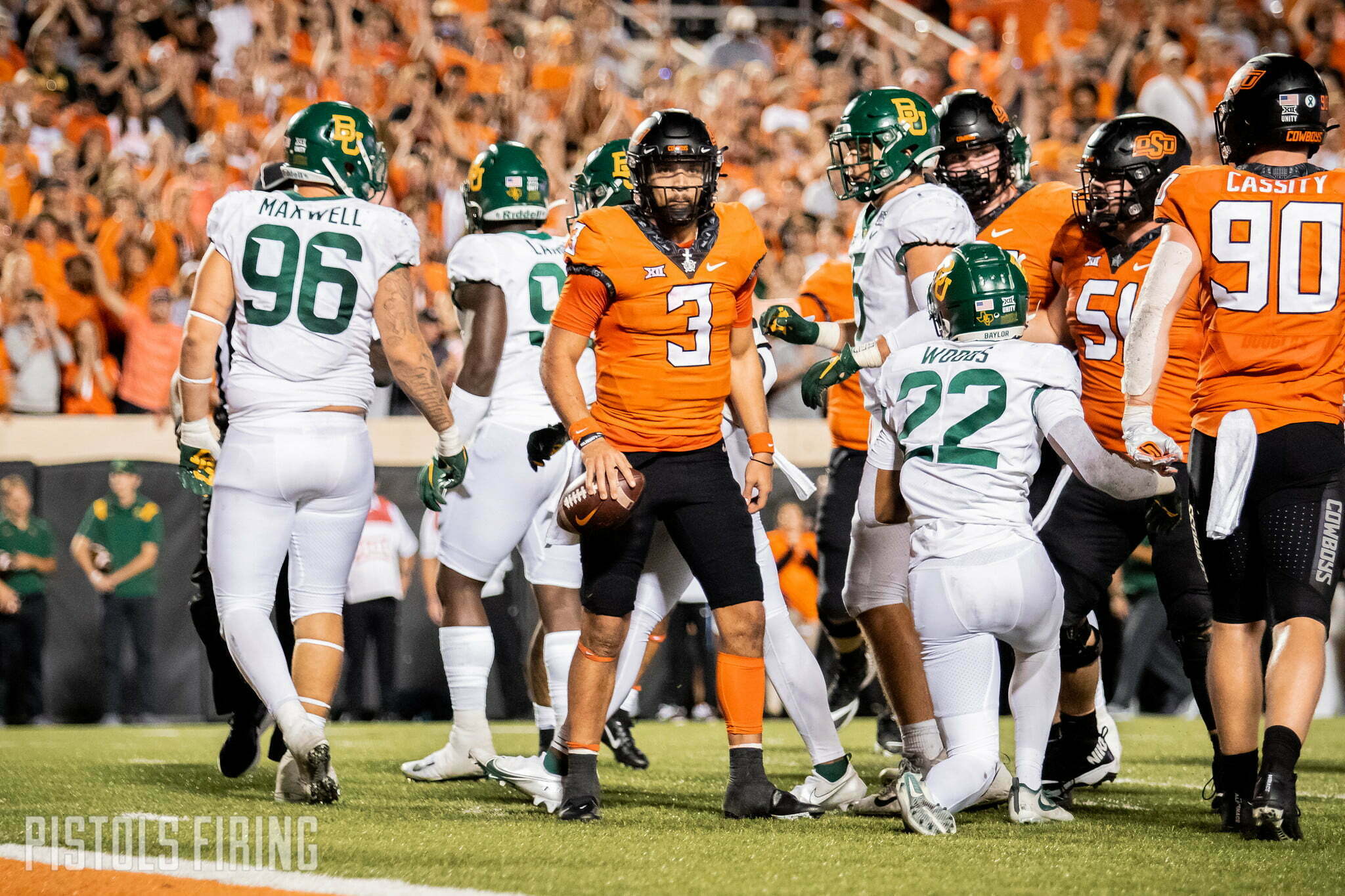 Football is a game of inches. The last time Oklahoma State faced Baylor, the Cowboys were just a few of them short of winning their first conference title in a decade and quite possibly getting into the College Football Playoff.

OSU kicks off its Big 12 season with a Big 12 Championship rematch against Baylor this weekend. The stakes won’t be quite as high in Waco as they were in Arlington, but both teams are trying to get back to the latter in December and a win on Saturday would be a good start.

Let’s take a look at three questions the Cowboys will need to answer to exact revenge on the Bears.

How Do They Slow Down Ika?

Those looking for sexy box score stats may not be too impressed with the Bears’ big man in the middle, but defensive tackle Siaki Ika is a force to be reckoned with. He threw his weight around in Arlington.

Ika recorded four tackles in each of his two meetings with OSU. He’s not a sack guy or a QB pressure guy. He’s more of a move-other-big-guys-around guy. He made dents in the Cowboys’ shorthanded O-line in the title game which made it tough to protect Spencer Sanders and get much going in the middle.

Gundy gave a simplified answer for how the Cowboys must account for him, “Block him.” But he admitted that was easier said than done.

“So, it sounds really simple, and to a certain extent it is, but he does a good job of just carrying people back in the backfield,” Gundy said. “And when they double-team him, he’ll swallow two people to kind of sit down and eat up space. It’s very similar to what they do in the NFL, those big guys. You see those giant guys on the field. They’re just eating up gaps. He does a good job of that.”

And it’s not just Ika. The Bears’ defensive front is formidable with six guys that already have multiple tackles for loss in the young season including the addition of former Tulsa star Jaxon Player who was tough to block when the Cowboys saw him last season.

How OSU’s Own DL Will Look in Its Biggest Test (at Least to Date)?

The Cowboys are no slouches themselves up front. Averaging three sacks per game lands OSU at second in the league so far and Top 20 nationally. The Pokes aren’t quite on the clip to lead the FBS in sacks in consecutive years, but the season is young.

But this weekend, OSU will face one of the best offensive lines in the conference led by a First-Team left tackle in Connor Galvin and a bunch of the same guys who bullied their way to Baylor being Top 10 in rushing and Top 20 in sacks allowed last season.

They’ve been a little dinged up along the line early this year, but it sounds like they’ll get back Grant Miller for this Saturday. Regardless of who is playing, the Bears present a challenge and a gauge for just how good this touted OSU defensive front can be.

Can Spencer Sanders Put his Baylor Woes Behind Him?

This is the biggest question for OSU coming into Saturday, though it depends a lot on the answer to the first one.

Spencer Sanders’ two worst games last season came while facing the Bears. In total, he threw one touchdown and seven interceptions against Baylor. Against everyone else, he threw 19 TDs and just five picks.

He escaped with a win in Stillwater and was very close to earning the comeback in Arlington. As Gundy is wont to say, Sanders (like any QB) needs a somewhat clean pocket to operate. The Bears made that difficult last season. That’s where the answer to Question 1 comes in.

Sanders is off to the best statistical start of his career. He’s leading the league (and is Top 15 nationally) in passing yards per game, has a 10:1 TD-to-INT ratio and is 20th in QBR. But this will be his biggest test to date, and to pass it he’ll need to exorcise some of those Bear demons.

“We let him do whatever he wants to do,” said Gundy. “He goes at it, has fun. He still does some things. He’s a risk-taker. He’ll run more, takes more hits than he should. He’ll throw into coverage some, but it’s kind of the way it is. We have a lot of confidence in him, allow him to go out and make his plays.”

If Sanders can remain on his hot streak, and his line can keep his jersey clean, the Cowboys will have an opportunity to take their first step on the road to Arlington.