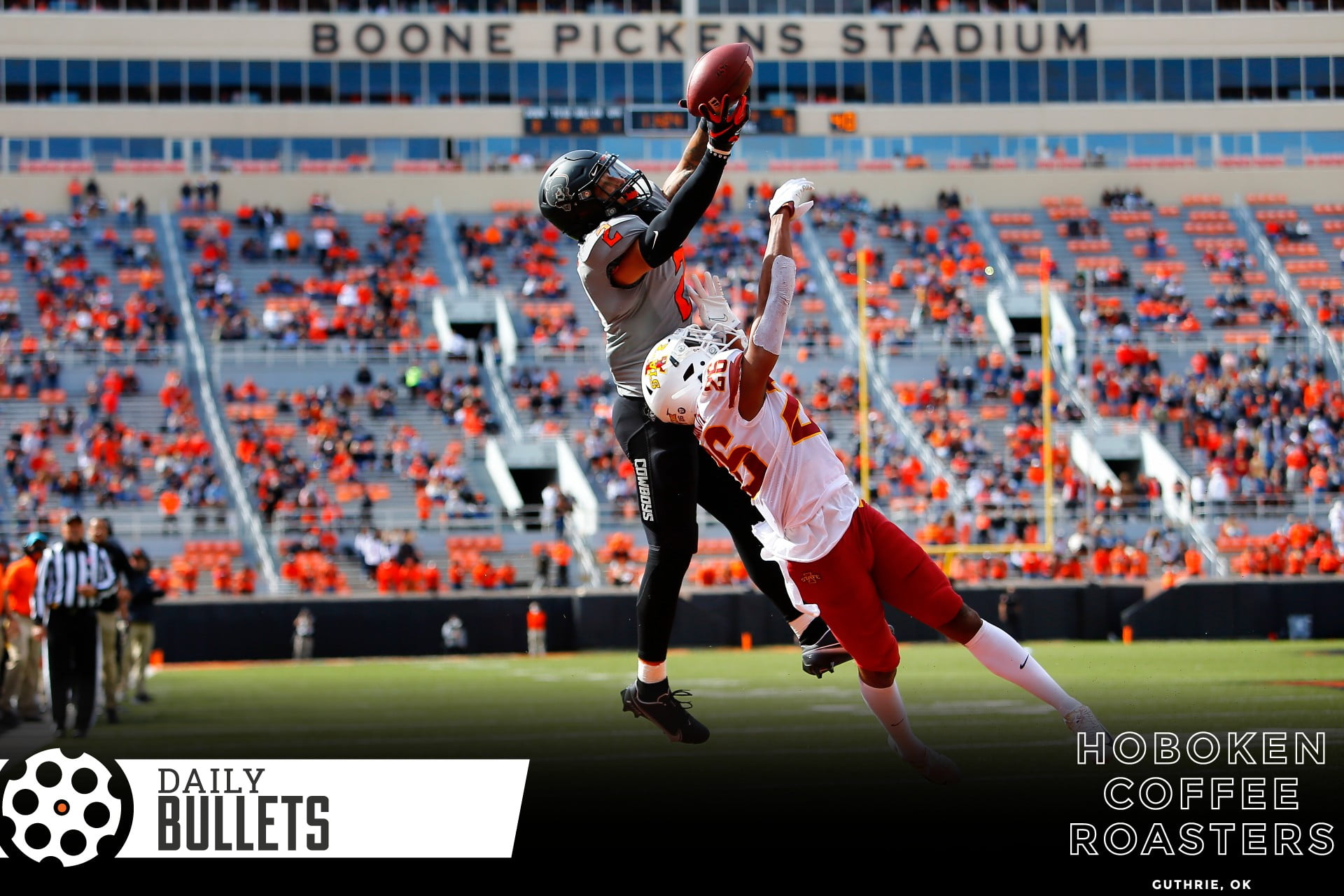 No school in Stillwater today with ice on the ground and zero COVID cases in OSU sports – good times.

• I’m going to share two statements with you about the OSU-Texas matchup that seem to contradict each other… but believe, me they’re both true.

“We have 85 guys on scholarship,” Gundy said. “I could be wrong, but I don’t think we have anybody on our team who had a Texas offer. We usually get two or three guys committed a year, and Texas will come in and take them in December. Guys will flip and sign with Texas. But I don’t know that we’ve had (any Gundy-era players who chose OSU over Texas).”

Trivia Question: The only Gundy era player I can think of that went Pokes over UT? Richetti Jones.

• Details on the K-State game released – day game in Manhattan!

• Did Spencer Sanders have the quietest 71-yard rushing game? His stat line from Saturday took me by surprise for some reason.

Sanders finished 20/29 for 235 yards, with one touchdown, plus 15 carries for 71 yards and a score. Sanders did throw two interceptions on the day, which were his lone blemishes.

• Classic dad-joke from Jim Knowles here after the game on Saturday:

A few minutes previously, coat-and-tied defensive coordinator Jim Knowles followed bare-chested safety Tre Sterling during the Zoom conference and deadpanned: “I decided not to go shirtless like Tre but I am excited about the victory.”

• This is one enjoyable minute of pondering from Mike Gundy:

• It’s startling to see how dominant Cowboy Wrestling is in comparison to other college sports programs. Yale Golf!