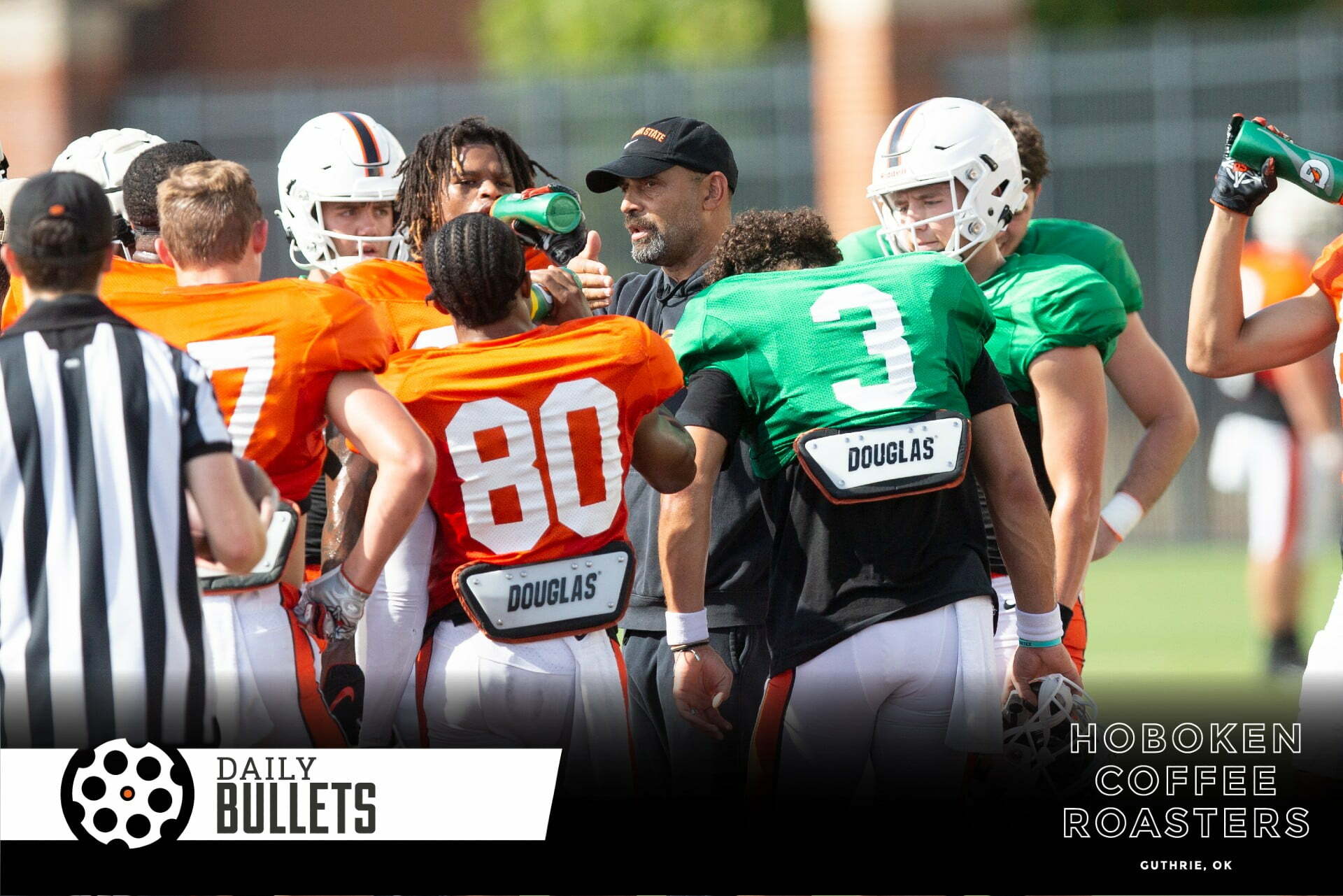 • Spencer Sanders is set to play on Saturday, making his season debut against to Tulsa

• Did the Oklahoma schools (OSU included) have lousy openers or are they in line for lousy seasons? Drifting towards the latter.

• CBS’ Dennis Dodd had the scoop on how much money OSU and fellow Big 12 schools are likely to get under the new TV deals:

First, the Big 12 will grow back to 12. Then it will begin to find its revenue worth. Industry sources have put the new per-team revenue at $20 million-$25 million per year. While that would be a huge boost for the AAC teams emigrating to the Big 12 — those schools make only $7 million per year — the existing Big 12 schools would have reduce their bottom lines by about a third, coming down from $37 million in annual media rights payouts.

I’m confused about how TV revenue works – this article is saying the Big 12 members will nearly be made whole. Something is rotten in the state of Denmark. Bonus Tidbit: detail on BYU’s exit path here

• PFB picked the Tulsa game, Pokes are favored by a couple of scores

• Look for some news this AM on new teams: